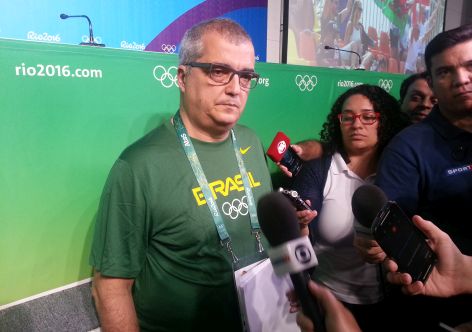 (ATR) The IOC Executive Board has had "sharp" words with Rio 2016 organizers as they look to fix a spate of problems at the Games.

"You are going to see a sharp exchange of comments between us and the IOC every time we have a problem," Rio 2016 spokesman Mario Andrada told a daily media briefing on Tuesday.

"Even teammates when they are on the field of play shout at each other," he said, stressing Rio 2016’s strong cooperation with the IOC over the past seven years.

"That’s part of life and we are very happy to count on the IOC’s support."

Around the Rings has learned that tensions were high at Rio’s daily meeting with the IOC’s ruling body on Monday. One member is reported to have asked for 2016 chief Carlos Nuzman to step aside from the organizing committee due to Games issues. Security and crime problems, empty seats and transport problems have plagued the opening days of the Olympics,.

Andrada denied the report: "Nothing really close to that".

"We appreciate the IOC’s help and understand when they need to push and we react to that."

"We have a very great opening ceremony, we see great performances of athletes on the field, and it shows the fields of play are excellent; this is what is the most important," Bach said. "You have always in the first couple of days some issues, but all this is addressed in the regular meetings between IOC executives and Rio 2016 executives."

Even as logistical and security problems continue to mount, the IOC is confident in the overall success of Rio 2016.

Asked about the lack of food and beverage services around the Olympic Park, which have been found wanting compared to the London or Beijing Olympics, Andrada answered a number of shortcomings the Games have experienced in the past four days.

"Nothing was overlooked for the Rio Games. Each country and organizing committee has its own experiences," Andrada said.

He said there has never been "a trouble-free event of this size" anywhere: "When we are fixing our problems quickly, which we are, it means we are on the right track."

One year after Thomas Bach said a lifelong ban for doping cheats was desirable but would not withstand legal challenges, the IOC president is now seeking ways to make it happen. Some may interpret this as a bid to boost Bach’s credibility in the wake of the IOC’s shambolic handling of the Russian doping scandal.

The Court of Arbitration for Sport ruled against the IOC’s decision to ban any Russians from Rio with past doping convictions, triggering chaos and confusion on the eve of the 2016 Games. In 2012, CAS also threw out the IOC’s so-called "Osaka Rule", which would have barred any athlete who had served a doping sanction of more than six months from entering the next Olympics.

On Monday, Bach said the IOC would make a third bid to bring in a lifelong ban for any athlete who has been hit with a "serious doping offense".

"I don't give up. Now when we are talking about the review of the anti-doping system, this is one of the questions the IOC will bring to the table again. We will look for solutions in this respect because we want the Games to be clean," Bach said in an interview with the Associated Press.

At Tuesday’s press conference, IOC spokesman Mark Adams said there were "a number of options to look at within a very difficult legal framework," he said. "It’s something the president is very keen on and it appears the public is very keen on. We are trying to find a way to do it."

In the wake of Aug. 8, 2015, Bach spoke in favor of his support of life bans but said the lessons from different lawyers and courts had shown "this is legally just not possible".

"A lifelong ban would not stand any kind of challenges. So we have to accept this."

Rio’s director of communications was questioned about the seizure of 1,000 tickets by police on Monday that were destined to be sold on the black market. The NOC of Ireland’s name is on some of the tickets.

Andrada said the ticket touting scandal was the subject of investigation. He said the organizing committee was talking with city authorities to establish the facts.

Asked about the Olympic Council of Ireland’s link to the scandal, he said: "We have to wait for the police to finish their investigations. When we see the full facts then we will take appropriate action."