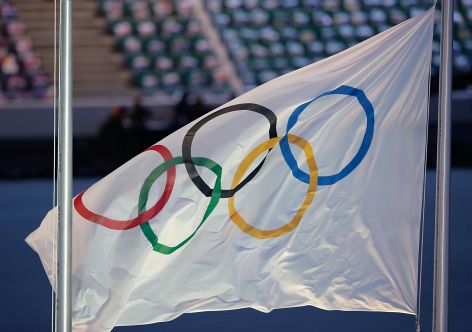 (ATR) Eirik Bergesen, a former Norwegian diplomat turned foreign policy commentator, says Oslo's decision to pull out of the bid race for the 2022 Olympics signals the end of the Winter Games.

"Norway said no to being the IOC's trophy wife," Bergesen writes. "Which means the Winter Olympics is left with what is quickly becoming its dictatorship default.

"Only by learning from the Oslo Olympic process can the Games be rescued."

AP Sports writer Stephen Wilson discusses the reasons behind Oslo's decision."Fears about spiraling costs and dissatisfaction at the perceived high handedness of the IOC sparked anger in this fiercely egalitarian nation, making it impossible for lawmakers to back the bid," Wilson writes."On the morning of the vote, the country's largest national daily newspaper, VG, printed demands the IOC would make to Oslo as host," Wilson adds.

"I do not want to criticize the press, but it is very difficult how you make out of the fact that since 1896 every head of state was opening the Olympic Games according to the Olympic Charter," Bach told The AP. "How you can make out of this fact a request for a cocktail party? This is really not easy to understand."

Patrick Rishe, aForbes contributor and economics professor at Webster University,applauds Oslo's decision to pull of the 2022 Olympic bid race. Rishe says that while the Olympics can financially benefit a host city in the short-run andcreate opportunities for future tourism development, "it's the infrastructural costs (facilities, other public works in some cases like transportation) that are causing huge losses."

He adds, "Oslo is just another example of a great potential host city for whom the expense became too steep. And as a city/nation with far richer Winter Olympic heritage than either Beijing or Almaty, their departure is a loss for consumers and corporate sponsors alike."

Philip Hersh, Olympic sports writer for the Chicago Tribune and Los Angeles Times, says, "To understand why Norway's government gave the back of its hand to hosting the Winter Olympics,you need to understand its relentlessly egalitarian attitudes about pretension, self-aggrandizement and entitlement, especially as embodied by the IOC."

Hersh references an article in Norway's VGthat followed Oslo's vote on a 2022 bid, which says, "The Norwegian no to hosting the Winter Olympics 2022 should be a death blow to the pomposity of the IOC's apparatchiks."

The Financial Times editorial board suggests that in light of Oslo's decision,organizers for future Olympics should reconsider their approach to the Games."Oslo’s decision to bow to hostile public opinion, just as Munich and St Moritz did with their referendums, looks sensible."

Bloomberg's editors also commend Oslo for its withdrawal from the 2022 bid race."Nothing better illustrates the disrepute into which bidding for the games has fallen, or how drastically the process needs to be changed," the editors say."This popular recoil from Olympics hosting is a rational response to the excess and corruption of the games in Sochi, Russia, last February, and the painful spectacle of Rio de Janeiro struggling to deliver the next Summer Olympics."

The day of Oslo's vote to retract its 2022 bid, a headline on the conservative newspaperDagenread: "Oslo kommune stanser OL-arbeidet." In English, this roughly translates to, "Oslo municipality stops Olympics work."

According toDagen's report, the Norwegian government was very divided over the Oslo 2022 decision.

IOC member Gerhard Heiberg told NRK, Norway's government-owned radio and TV public broadcasting company, Oslo's decision was a wake-up call for the IOC."We had to go through this," Heiberg said. "We need to get a slap in the face at regular intervals."

Editor for the Financial TimesDavid Crouch says that despite strong opposition to a 2022 bid prior to Oslo's withdrawal from the race, "When Norwegians woke up to the enormity of what they had done, some began to question the decision."

Crouch quotes Norwegian ice hockey playerEspen Knutsen as saying, "I do not see why IOC bosses drinking alcohol and getting mobile phones is a reason why Norway should not be hosting the Olympics.

"And If I see [Prime Minister] Erna Solberg waving a Norwegian flag at the next Olympics, I’m going to vomit."

The Local, Norway's daily English-language newspaper, quotes Norwegian politicianPer Olaf Lundteigen as saying, "I think we should consider boycotting the Winter Olympics ahead, in order to get rid of the tyranny that is the IOC.

"I think Norway should take the responsibility of revolutionizing the committee."

Ray Slover, writer for Sporting News, predicts the 2022 Winter Games will most likely be held in Beijing.

"Technically, yes. Almaty, Kazakhstan, remains in IOC consideration," Slover says. "Go ahead, find that city on the map. What quickly occurs to the curious is this: That's not a good place for a world sports event."