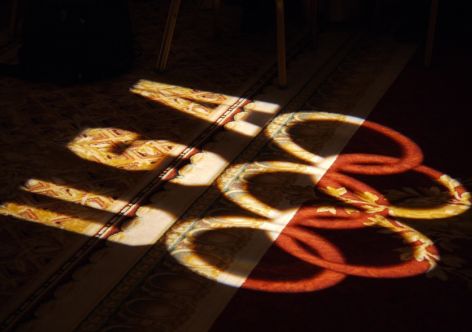 (ATR) Leadership of the United States Olympic Committee outlined its vision for how to balance protecting athletes while continuing "the pursuit of competitive excellence".

New board chair Susanne Lyons led the meeting for the first time since taking over for Larry Probst at the beginning of the year. Lyons previously served on the USOC board of directors. The board meeting was the first without Probst since 2009.

Lyons said that changing culture in elite sport "has to start at the top in our actions in our words and be part of sending some stronger messages with balancing athlete wellness with the pursuit of competitive excellence".

Chief Executive Sarah Hirshland said the USOC initiated an audit of all of the national governing bodies and created an athlete’s services division. It will be separate from the USOC’s sport performance team, Hirshland says, and be "inclusive of physical and mental health" for athletes.

The USOC has also begun a process to restructure the organization. Hirshland pointed out leadership has worked to engage the Athlete’s Advisory Committee to better understand athlete needs.

Hirshland and Lyons attended the last AAC meeting in Chicago to continue discussions. At the meeting in Chicago, the Wall Street Journal reported that the AAC met with former Major League Baseball and National Hockey League Players Association director Donald Fehr to hear about the process of unionization.

"The last meeting was for the council to explore athlete advocacy models and the proper structure to make sure they have athlete advocacy," Hirshland said of the meeting. "[AAC chair Han Xiao] shared more details of that and their details around exploring that today and I have said we have offered professional administrative support, which they are happy to have to help with this process to ensure they can explore various options for an athlete advocacy structure. We feel incredibly supportive that’s a great project and initiative for the AAC to undertake."

Last month Lyons and Hirshland travelled to Washington, D.C. to meet with "a dozen" members of the Senate and the House of Representatives.

The meeting came after Senate Finance Committee chair Chuck Grassley wrote to the USOC with a list of questions about the organization.

Hirshland said that she gave "the commitment to be back in Washington on a frequent basis".

Hirshland said that she will also attend the next board of directors meeting for the U.S. Center for Safe Sport, which is currently searching for a new Chief Executive. Hirshland said the "ideal situation" for the USOC would be to no longer serve as the primary contributor to the center, which would remove all perceived conflicts of interest. However, in the interim she said that it was important the USOC increase its commitment, so that the center can tackle the backlog of cases that have piled up.

The USOC says it has not pursued a Section 8 hearing to continue the ongoing decertification process of USA Gymnastics until it finishes its bankruptcy proceedings.

"We believe that is a really important step for USA Gymnastics and don’t think that disrupting that in any way by pursuing the section 8 hearing at this point is helpful to that process," Hirshland explained.

"So we reserve the right to go back to the hearing panel and request the process go forward but we have not done that at this point."

Lyons and Hirshland stressed that high level delegations will go to the 2019 Pan American and Parapan American Games, with an eye to Tokyo 2020.

Lyons said that while competitive excellence remains the overall goal of the Tokyo 2020 delegation, "that does not mean we should not focus equally on the well-being and the safety on the athletes".

"I think in the past if anything we tended to shortcut our discussions and focus on the hardware instead of the people that achieve the hardware," Lyons said. "That’s one of the cultural changes we are making that when we talk about the competitive excellence we are talking about the human beings and the people who have made it their life’s mission to serve their country on Team USA."