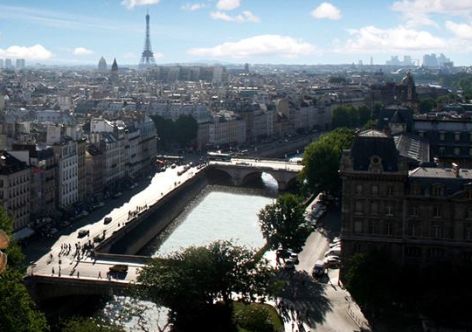 (ATR) A crowdfunding campaign launched in September to engage the public and aid the French capital’s 2024 bidding funds has already topped $250,000.

Under the campaign labeled "Je reve des Jeux" (I dream of the Games), the French Olympic Committee put wristbands on sale and is staging various sporting memorabilia auctions as well as seeking donations from 2,024 patrons and sponsors via text messages.

Ten days after launching, it had raised in excess of $252,000 in pledges by Tuesday and generated 3.5 million contacts through social media networks, AFP reported.

French NOC president Denis Masseglia expressed satisfaction at the impact of the "mobilization" campaign and hoped the bid could capitalize on the enthusiasm for the city’s Olympic ambitions.

Paris 2024 has set its bid budget at around $67 million, which will be raised from a mix of public funding and private sector finance.

The French capital is joined by Budapest, Hamburg, Los Angeles and Rome in the race to land the 2024 Olympics.

The IOC votes on the host city at the 2017 Session in Lima, Peru.