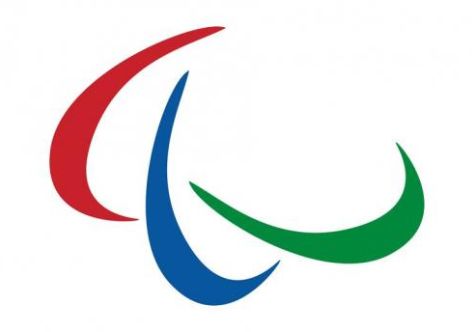 (ATR) The IPC decides to keep the Russian Paralympic Committee suspended but will allow eligible Russian Para athletes to compete as neutrals in PyeongChang.

The International Paralympic Committee announced its decision on Monday, saying Russian participation as neutral athletes was in recognition for progress made by the RPC in improving anti-doping activities.

"Russian Para athletes are now regularly tested and are amongst the most scrutinized Para athletes in the world," IPC President Andrew Parsons said in a statement.

"We now have greater confidence that the anti-doping system in Russia is no longer compromised or corrupted. We have also witnessed behavioral and cultural changes by the RPC, which we hope will one day positively influence officials within the wider Russian Federation.

"It is now the view of the IPC Governing Board, which includes six Para athletes, that allowing Russian Para athletes who meet strict criteria to compete in PyeongChang as neutrals will not jeopardize our responsibility to ensure clean sport and a level playing field for all Para athletes."

The IPC estimates that between 30 and 35 neutral athletes will take part at PyeongChang 2018 in alpine skiing, biathlon, cross-country skiing, snowboard and wheelchair curling. Under the sport rules for Para ice hockey, a Neutral Paralympic Athlete (NPA) team could not be considered as Russia had missed the opportunity to qualify.

Qualification for the Games is ongoing until mid-February in all snow sports so the exact number of neutral athletes will be known after that.

The RPC will be responsible for selecting the neutral athletes, who will have to qualify under a strict set of measures including having undergone at least two anti-doping tests in the six months preceding PyeongChang 2018 and being part of either the IPC’s International Registered Testing Pool, RUSADA’s National RTP or the International Federation’s RTP at the time of the Games.

Para athletes and officials implicated by anti-doping investigations and reports are prohibited from taking part in the Games.

The complete list of criteria can be found here.

"We accept and respect the decision of the IPC regarding the ruling that Russian athletes may compete under a neutral flag.

"The IPC and IOC have both now made their decision on Russian participation as neutrals at PyeongChang 2018. Our taskforce will work with the neutral delegates to ensure that the competing athletes at both Games receive the same support as all other athletes to ensure they have the best Games experience possible.

"We are working closely with WADA, along with other relevant organizations and authorities, to ensure that all necessary steps are taken around anti-doping and fair play," the POCOG statement concluded.

Why Russia is Still Suspended

The IPC Governing Board decided to maintain the suspension of the RPC after the IPC Taskforce found that two criteria had yet to be implemented. The Russian Anti-Doping Agency (RUSADA) has not been reinstated by the World Anti-Doping Agency and an "official response specifically and adequately addressing the findings" of the McLaren Reports has not been presented.

"The RPC is now implementing a robust anti-doping program, consistent with the IPC Anti-Doping Code, illustrated by its high-quality anti-doping education," Andy Parkinson, Chair of the IPC Taskforce, said in a statement.

"The two areas that continue to require attention are the reinstatement of RUSADA and the acknowledgment of the McLaren Report. On the latter, the Taskforce continues to have serious concerns about the willingness of the Russian authorities to address this fundamental issue."

Chelsey Gotell, the Chairperson of the IPC Athletes’ Council, was less diplomatic in her comments about Russia, though she applauded the decision to allow Russian Para athletes to compete as neutrals.

"I am sure they would prefer to compete under their country’s flag like any other Para athlete, but Russia’s unwillingness to take responsibility for the biggest doping scandal ever to take place in sport should not be rewarded, nor celebrated," Gotell said in a statement.

"A level playing field is all any athlete wants and I truly believe we will have this in PyeongChang when the Paralympic Winter Games open on 9 March."