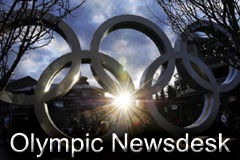 The IOC is running out of time in its ambitions to land two more TOP sponsors by the Session in Buenos Aires in three weeks.

An IOC source tells Around the Rings there is nothing new to report in the quest to the secure 11th and 12 top-tier sponsors for the Rio 2016 Olympics.

It now seems increasingly likely that new sponsorship deals may not come before the Sept. 4 to 10 IOC Session.

The IOC is in negotiations with a handful of potential sponsors to fill the two slots.

Around the Rings reported last month that one of them is GlaxoSmithKline, the U.K.-based pharmaceutical company.

One of the new TOP sponsors would replace computer manufacturer Acer in a new category incorporating the increasing use of tablets in the computer technology landscape.

The IOC has 10 TOP sponsors for the Rio 2016 Olympics. The two new partners for the 2013-2016 Olympic cycle would take its TOP revenues over $1 billion for the first time.

The 2013 World Fencing Championships came to a close in Budapest on Monday.

Russia topped the medal table with three golds and 11 overall. 13 countries won at least one medal, the same number as the previous three world championships.

Former International Fencing Federation (FIE) President Rene Roch said he the event was "sensational" in an interview with FIE.

"The circumstances are sensational, apart from the Olympics I have never seen such a well-organized championships," said Roch.

"And the finals have a great atmosphere, the stands are full of spectators. Congratulations to the organizers!"

Six fencers were elected to the FIE Athletes Commission during the World Championships.

Yuki Ota of Japan, Mariel Zagunis of the United States of America, Valentina Vezzali of Italy, Aron Szilagyi of Hungary, Ana Maria Branza of Romania, and Nikolay Kovalev of Russia beat out 13 other candidates to receive the nomination.

According to FIE, 724 athletes voted in the election, the largest participation ever.

"I love fencing and I want to promote fencing," said Yuki Ota in a statement.

"Now the FIE is trying their best, but maybe, if I am part of the members, I can create more for Asia."

Spain’s Grammy award-winning singer Alejandro Sanz has become Madrid 2020’s 50,000th volunteer. This was the bid’s target by the time of the IOC Session.

"I urge everyone to become a volunteer because we can do it if we all pull together. Madrid deserves the Games," Sanz said.

Madrid 2020 president Alejandro Blanco thanked Sanz for his backing, saying: "If Madrid is to make its Olympic dream come true, we need the support of all our volunteers.

"We won’t be able to stage the Games without them. Spain’s volunteers have shown just how well they can work at all the sporting events we have organized up to now, and they will set the standard for the whole world to follow in the future."

More than 50,000 people from Spain and other nations have signed up as volunteers with the bid. Around 500 of them have carried out protocol, admission, transport and volunteer-campaign duties at the more than 15 events organized by Madrid 2020, including the IOC’s evaluation commission visit in March.

"When we march initially, all the countries should wave the multicolored flag for gay rights. That would be pretty embarrassing for Putin, let our athletes participate and still take a stand," Schumer said on MSNBC’s "Morning Joe" program on Monday.

He added: "Standing up to Putin right now is important because he’s a bully."

On Monday, the Interior Ministry announced it would enforce a controversial anti-gay law during the Sochi Olympics.

The law bans spreading gay "propaganda" around minors and foreigners accused of doing so could face jail time and deportation.