(ATR) The former long-time president of the International Weightlifting Federation is one of three of the sport’s leaders charged with anti-doping rule violations. Tamas Ajan resigned as IWF president in April 2020 after serving 20 years. (ATR)The International Testing Agency, which was hired in early 2019 to handle the IWF’s anti-doping program, on Thursday released the findings of an investigation into a series of allegations of misconduct by the IWF involving 146 unresolved cases from 2009 to 2019.

The ITA says the three men are guilty of "covering up, delaying and obstructing results management for certain athletes that committed ADRVs in order for them to participate in high-level sporting events such as the Olympic Games and collusion to avoid potential fines and suspensions".

The ITA adds that 29 of the 146 unsanctioned doping violations cannot be prosecuted due to statute of limitation and/or destruction of evidence.

"The reasons why these cases were unprocessed and/or unsanctioned, ranged from mere administrative oversight, poor record keeping, chaotic organisational processes, or jurisdictional errors – on one end of the spectrum – to indifference, outright negligence, complicity, or – at worst – blatant and intentional cover-ups," the ITA stated.

The IWF released a statement saying it acknowledges the findings of the report and "is fully committed to implementing any further sanctions that are confirmed as a result of the ADRVs asserted by the ITA against former and current officials". 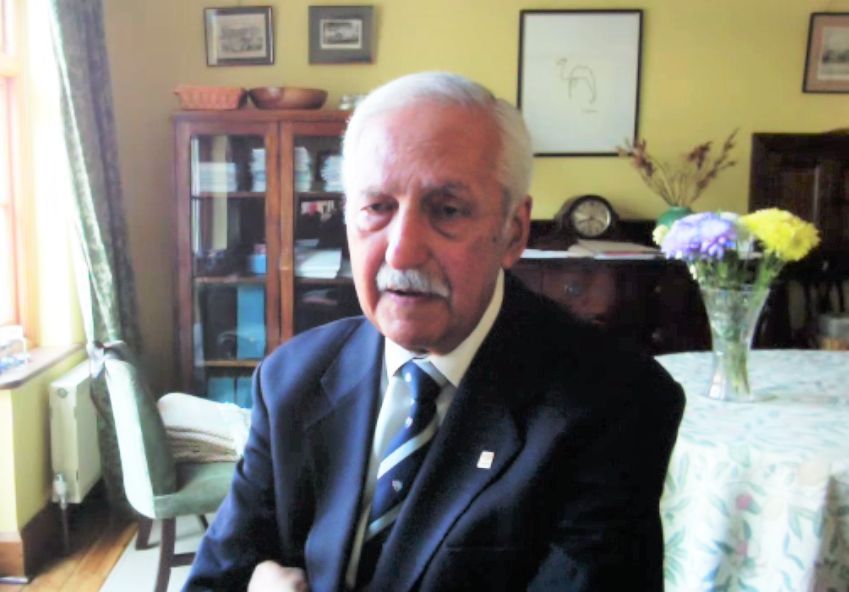 IWF interim president Michael Irani (ATR)"I am appalled by what is asserted to have been a complete betrayal of weightlifting and weightlifters by those who had been entrusted with the sport’s leadership," said IWF interim President Michael Irani. "While the IWF is thankful for the ITA’s clear acknowledgement that such craven acts could not be repeated under its independent results management process, thanks to the arrangements in place for some time now, today’s report shows just how dark the dark days of our sport were. To all those athletes who were cheated of the opportunity to compete fairly, I would like to offer the IWF’s unreserved apology."

The allegations first came to light in a TV documentary in January 2020 by German network ARD. It revealed a federation financed by cash payments overseen by then president Ajan and riven with corruption in its anti-doping program. A subsequent report in June 2020 by an independent investigation team led by Canadian lawyer Richard McLaren found numerous ethical and financial breaches. Ajan was ordered to stand down as president in January following the ARD report and eventually gave up the fight and resigned on April 15, 2020.

The World Anti-Doping Agency (WADA), which had turned over to the ITA the provisional findings of its investigation into the IWF in October 2020, said in a statement that it welcomed the publication of the ITA report.

"This investigation brought together information provided by whistleblowers, WADA, the McLaren Investigation team and German broadcaster ARD, that enabled further wrongdoing within the International Weightlifting Federation to be uncovered. WADA is very disturbed by what has been revealed and will continue to work in close collaboration with the ITA and others, including law enforcement, to help reveal the full extent of the truth that was hidden for many years," said WADA President Witold Bańka.

Warned by Thomas Bach and the IOC that weightlifting could lose its place in the program for Paris, the IWF is in the process of adopting a new 125-page constitution and electing a new president. A congress is scheduled for June 30 to approve the new constitution with the election of a new leader and other board members to take place at least 90 days after that at another congress.

Around the Rings has contacted the IOC for comment on the ITA report.

Jenise Spiteri, the Maltese Falcon, prepares to continue her family’s Olympic legacy by trading ice skates for a snowboard

Jenise Spiteri, the first snowboarder to represent Malta at the Winter Olympics, discussed her career, family history, and outlook on Olympic participation during a recent interview with Around the Rings.

China calls for an end of ‘U.S. interference’ in Beijing Olympics

In a conference call with U.S. Secretary of State Antony Blinken, China had several demands for the U.S. ahead of the Beijing Games

Guest columnist Usain Bolt reflects on his time in Beijing

The eight-time Olympic gold medalist, now retired, thinks back to Beijing 2008 and how those Games and the city changed his life forever