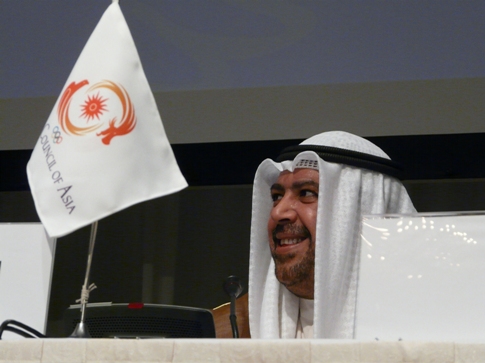 (ATR) Speculation surrounds Sheikh Ahmad’s presence in Lausanne for crunch meetings, as the IOC deny the Olympic powerbroker is under formal investigation.

In April, the Kuwaiti IOC member quit the FIFA Council under a cloud.

His resignation came after he "vigorously" denied any wrongdoing after being linked to former FIFA audit chief Richard Lai who pleaded guilty to money laundering charges.

Ahmad was indirectly identified in US court documents as the alleged source of about $1 million said to be used to influence Asian votes in FIFA presidential elections.

The link to Sheikh Ahmad is part of the ongoing investigation by the US Department of Justice into FIFA corruption. At the time, Ahmad voluntarily informed the IOC Ethics Commission of a FIFA ethics inquiry.

His extensive Olympic responsibilities include presidencies of the Association of National Olympic Committees, the Olympic Council of Asia as well as heading Olympic Solidarity, the IOC body responsible for dishing out about $100m per annum to global development projects.

On Sunday, IOC director of communications Mark Adams denied that the ethics commission had opened a formal investigation into Ahmad’s FIFA case.

Yet he admitted that the IOC’s chief ethics and compliance officer Pâquerette Girard Zappelli had been in contact with FIFA, the OCA and Asian Football Confederation.

Since quitting FIFA in April, Ahmad has kept a low profile. He has travelled regularly to Lausanne for business at the ANOC headquarters office, but may not be in town this week.

IOC staff are still working a final list of IOC members who are expected in Lausanne for the June 11 Session. There are currently 95 members.

Zappelli is due to update the IOC Executive Board about its current cases on Monday. Ahmad’s name may come up.

Reported in Lausanne by Mark Bisson

25 Years at #1: Your best source of news about the Olympics is AroundTheRings.com, forsubscribers only.