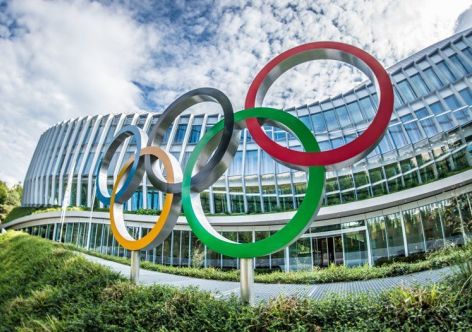 (ATR) A full schedule of IOC Commission meetings are ongoing this week, all of which are being conducted virtually for the first time.

Twenty commission meetings are on tap over the course of nine days, concluding with the Athletes and Athletes’ Entourage meetings on Nov. 12.

"The Marketing Commission meeting now has increased significance – in this meeting we want to show all stakeholders that despite these difficult times we are making progress and working hard to fulfill our mission in the Covid environment, while also preparing for the post-Covid era," Kejval tells Around the Rings.

Kejval offers insight on the marketing efforts in collaboration with rights holding broadcasters during a pandemic, as he is also chair of the Television and Marketing Services Commission.

Click here to read the rest of the story

(ATR) The president of the World Baseball and Softball Confederation (WBSC) reveals that several countries in the Americas would be considered in a "Plan B" if the United States cannot organize the Olympic qualifying tournament for the region.

"We are analyzing everything," said Riccardo Fraccari in exclusive remarks to Around the Rings.

The president of the Puerto Rico Baseball Federation told El Nuevo Día over the weekend that Cuba is being considered as a replacement should the United States not be able to host the event.

Fraccari did not rule out Cuba as one of the possibilities but added that "any other country in America that expresses its willingness and has the conditions" could also be in the mix.

The International Master Games Association (IMGA) came to the decision during a virtual general assembly meeting on Wednesday.

Organizers announced last week that the event would be postponed due to the coronavirus pandemic, saying they needed a "more practical moment" to hold them.

"The Games go to 2022 but it is pending to define the exact date which will be announced shortly," a source from IMGA told Around the Rings.

The month and days are yet to be defined, but avoiding a conflict with the Asia-Pacific Masters Games seems paramount.

The second edition of the Asia-Pacific Games are scheduled in Jeollabuk, South Korea from June 10 to 18.