Thomas Ulsrud, skip of the Norwegian curling team that amassed a large fandom through their flamboyant pants, died following a prolonged battle with cancer on Tuesday. He was 50 years old at the time of his death.

Ulsrud’s former teammates announced his death on Facebook, stating, “Thomas has been fighting cancer since December 2020, but the last week it took a turn for the worse and in the end he was gone very quickly.”

“We the team are devastated for our loss. Being around Ulsrud was always a joy and we will miss our skipper deeply!”

“We’re sending all our love and thoughts to his family who were with him till the end,” concluded Ulsrud’s former teammates.

Reacting to the sudden announcement, Niklas Edin, skip of the Swedish gold medal winning team at the Beijing 2022 Winter Olympics, labeled Ulsrud as “magnificent on the ice but off the ice truly golden!”

World Curling Federation (WCF) President Kate Caithness was quick to pay tribute to Ulsrud as well, commenting, “the world of curling owes so very much to our dear friend Thomas.” 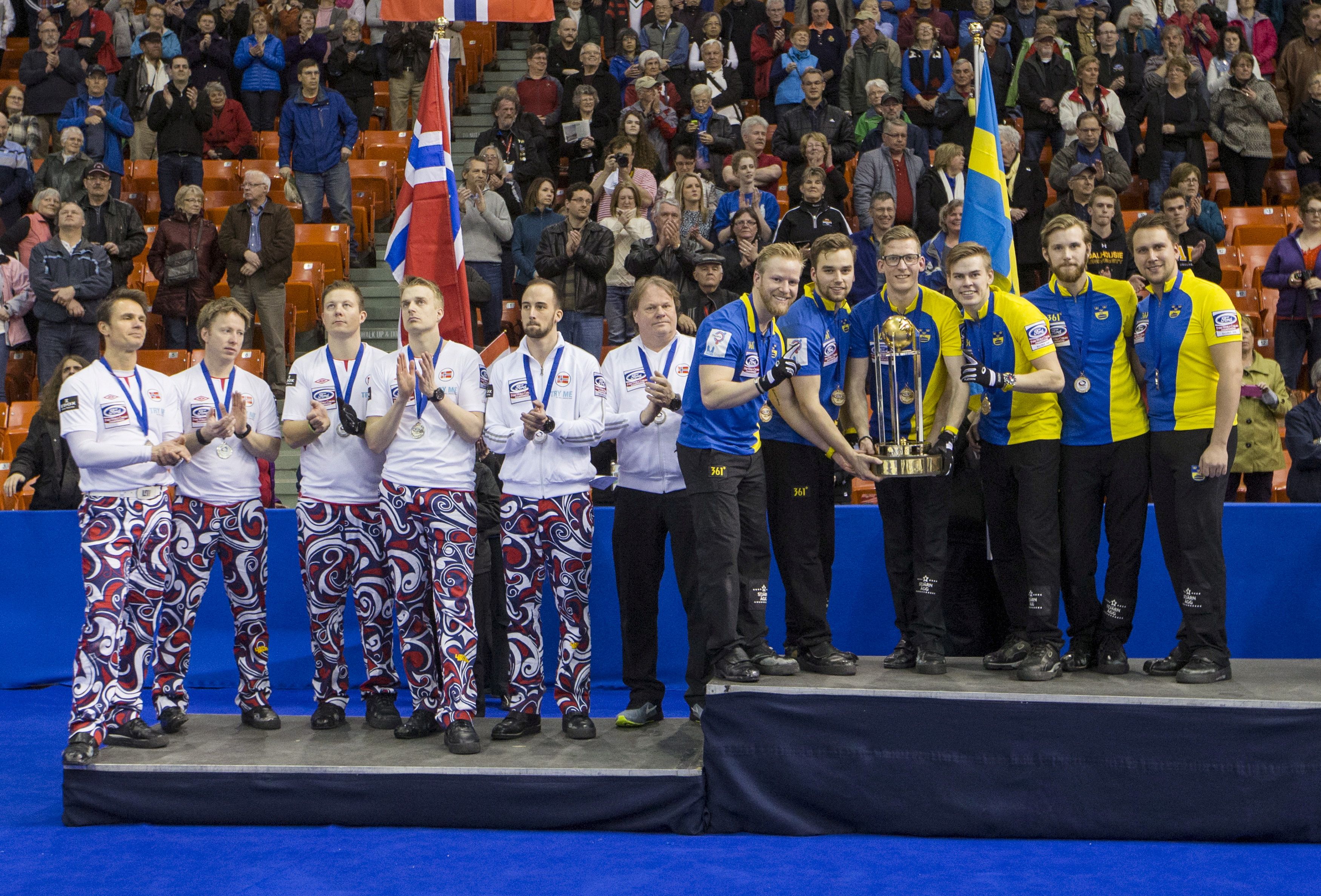 FILE PHOTO: ON THIS DAY -- April 5 April 5, 2015 CURLING - Sweden celebrate with the trophy after defeating Norway 9-5 in the gold medal match at the World Curling Championships in Halifax, Nova Scotia. Sweden skip Niklas Edin helped his side score three points in the first, third and seventh ends to secure the victory and avenge their defeat by Norway in the previous year's final. Edin led Sweden to back-to-back world championship gold medals in 2018 and 2019, as well as a silver medal in the 2018 Winter Olympics in Pyeongchang. REUTERS/Mark Blinch/File Photo

“He, together with his team, made a huge impact on the international stage, when at the 2010 Winter Olympic Games in Vancouver they appeared on ice wearing the now famous ‘fancy pants.’”

“They took the curling world by storm and very quickly fans fell in love with this charismatic team, and in particular their skip Thomas,” added Caithness. “They went on to win the Olympic silver medals in 2010 and attracted fans wherever they curled.”

She labeled them “huge ambassadors” of the sport, while noting, “Vancouver was the turning point for our sport.”

She concluded, “we owe a huge debt of gratitude to Thomas who will always have a place in our hearts and in curling’s history. Our thoughts and prayers are with his family and the curling family around the world.”

Ulsrud had a remarkable career, competing at three Olympic Games, 12 world championships, and 17 European championships. He won a bronze medal at the Vancouver 2010 Winter Olympics, and won a single world title four years later in Beijing. 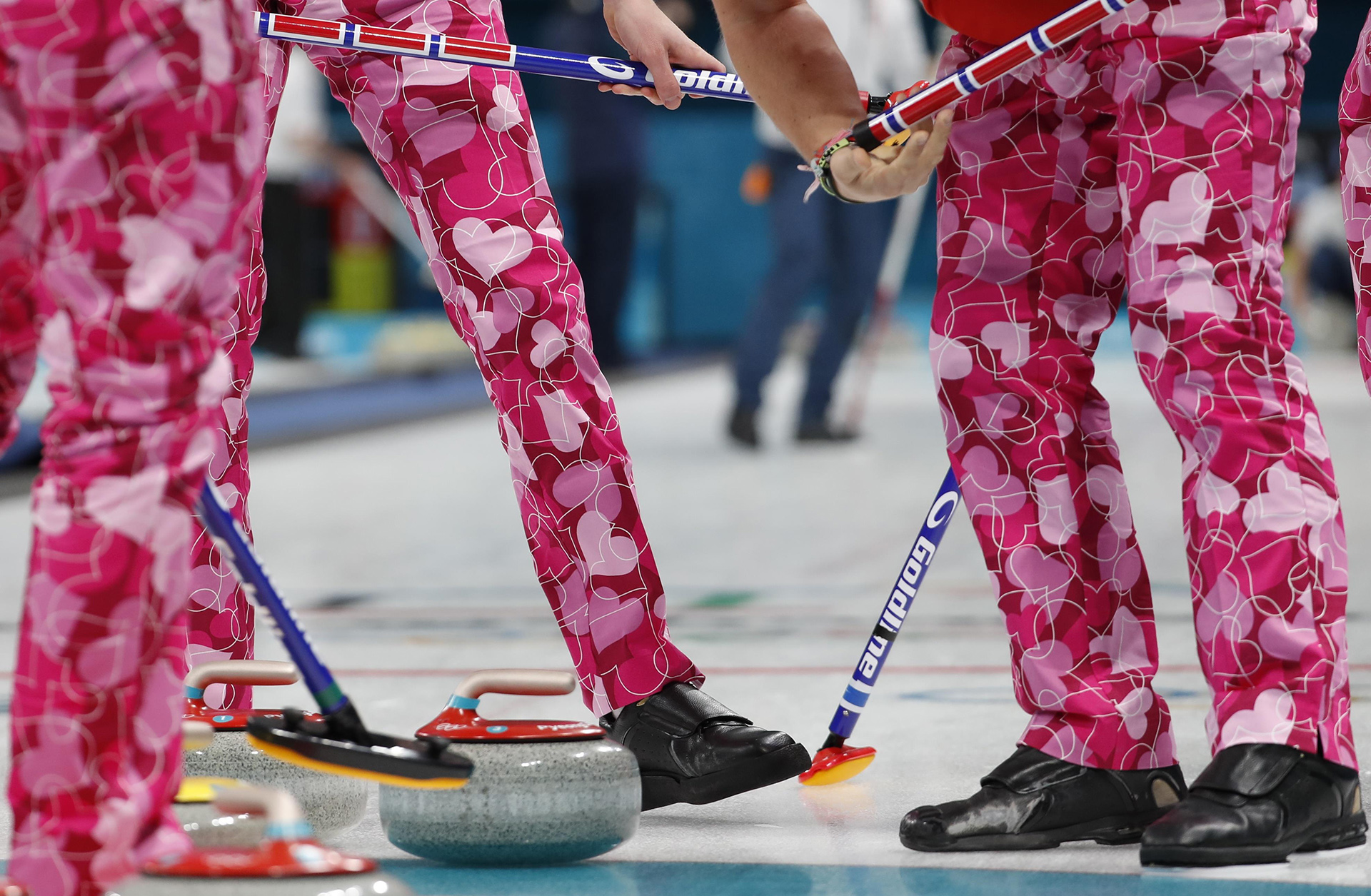 In spite of all his team’s achievements on the ice, nothing could upstage the popularity of their wardrobe. Their crazy, wacky, zany pants became a popular feature at the Olympic Games in 2010, 2014, and 2018.

Ulsrud’s team split up in the season following the PyeongChang 2018 Winter Olympics. He is survived by his wife, Elin, and their son, Jesper.