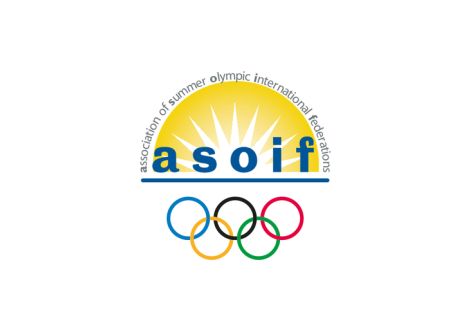 The self-questionnaire sent in November 2016 to the 28 Summer IFs asked leaders to analyze the governance of their federations and ways in which to improve in the areas of transparency and accountability.

Following the feedback received by ASOIF in April 2017 when the questionnaires were submitted, the ASOIF Council has established the Governance Monitoring Unit that will "guide International Federations on governance matters by monitoring their activity in order to provide corrective action reports."

ASOIF will follow up on the success of the inaugural survey with another that will be sent to IFs on Nov. 23. This questionnaire, measuring the progress of IFs on governance, is due by Jan. 28, 2018 so the results may be presented at the ASOIF General Assembly that takes place during SportAccord Convention in Bangkok, Thailand in April 2018.

"I am delighted about the Council’s green light regarding the creation of a Governance Monitoring Unit," ASOIF President Francisco Ricci Bitti said in a statement. "Such a body will enable us to assess IFs more deeply against an agreed framework and provide them with permanent assistance in improving their governance. We have already begun discussing this project with the IOC."

Busy Week in Monaco for IAAF

The athletics world is front and center later this week beginning with the annual IAAF Athletics Awards in Monaco on Friday.

The male and female Athletes of the Year will be announced along with the winners for the IAAF Rising Star Awards, Coaching Achievement Award, Women's Award and President's Award.

The 212th IAAF Council Meeting will then be held on Saturday and Sunday, with the latest report from the IAAF Taskforce concerning Russia scheduled to be released.

The Russian Athletics Federation remains suspended by the IAAF though some Russian athletes were allowed to compete at the IAAF World Championships in August as neutrals. The entire Russian athletics delegation was barred from Rio 2016, save for one athlete, after the release of the first McLaren report citing state-sponsored doping in Russia. The IOC is set to make a decision early next month on the level of participation by Russia at the PyeongChang Winter Games.

First elected in 1998, Kasper told the FIS Council of his plan to seek more than 20 years at the helm of the federation on Nov. 18 at the FIS Council Autumn Meeting in Oberhofen. Kasper was FIS secretary general before his first presidential election.

If successful in next May’s election, Kasper would extend his reign to 2022, giving him 24 years as the FIS president. The extended tenure would make Kasper, now 73-years-old, the second-longest serving FIS president behind his predecessor Marc Holder who ran the federation 47 years. Holder retired at the age of 80.

FIS has only had two other presidents besides Kasper and Holder in the federation’s 93 years of operation.

The federation will hold its next presidential election during the FIS Congress scheduled for May in Coast Navarino, Greece.

The IWF Executive Board will get together this weekend ahead of the Congress. The IWF World Weightlifting Championships begin the day after the Congress and run through Dec. 5.

The field for this year’s event is weakened by the suspensions of nine countries, many of them home to top weightlifters, due to doping offenses found through the retesting of samples from the 2008 and 2012 Olympics.

The IWF Executive Board made the decision in early October to suspend for a year countries with at least three positive doping cases from those Olympics.

The IWF has been under pressure to clean up or face being dropped from the Olympics. IOC President Thomas Bach said in June that the IWF has until December to get its house in order.