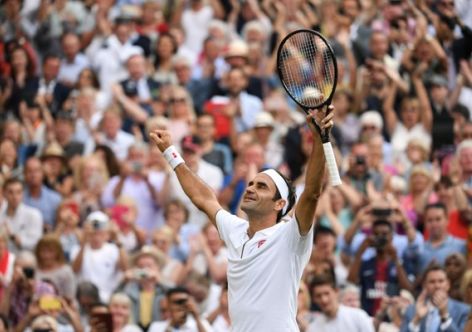 (ATR) Roger Federer withdraws from the Tokyo Olympics, saying he "unfortunately experienced a setback with my knee" during the just completed grass court season.

In a statement on Tuesday, he added "I am greatly disappointed, as it has been an honor and highlight of my career each time I have represented Switzerland. I have already begun rehabilitation in the hopes of returning to the tour later this summer. I wish the entire Swiss team the best of luck and I will be rooting hard from afar. As always, Hopp Schwiz!"

"Swiss Olympic regrets that one of the greatest Swiss athletes of all time cannot be part of the Swiss Olympic Team Tokyo 2020. We were really excited about his appearance and his presence would have brought a lot of joy and honour to the whole Swiss team," says Ralph Stöckli, Swiss Olympic's Chef de Mission.

And he adds: "With all our regrets, we naturally have the greatest understanding for Roger's decision. Health always comes first, even at such an important event as the Olympic Games." Following Federer's withdrawal, Switzerland will continue to be represented by Belinda Bencic and Viktorija Golubic in the Tokyo 2020 tennis tournament.

After superstars like Serena Williams and Rafael Nadal and top players like Dominic Thiem, Denis Shapovalov or Simona Halep, another great of the scene is thus missing. The former US Open winner Bianca Andreescu had also cancelled on Tuesday. The Canadian explained her decision with the "challenges of the pandemic". Further cancellations could follow.

Novak Djokovic, who has won the first three Grand Slams of 2021, has not decided whether to compete in Tokyo.

Click here for more details on where Djokovic stands.