On July 19, the date of the opening ceremony for Atlanta, Billy Payne and others involved with bringing the Games to the city will toast the silver anniversary at a low key reception.

A couple of years ago thought was given to a noisier commemoration, but the year of COVID-19 derailed lots of big plans. And then the rescheduled dates for the Tokyo Olympics made certain any 25th party for Atlanta would play second fiddle to events in Japan. 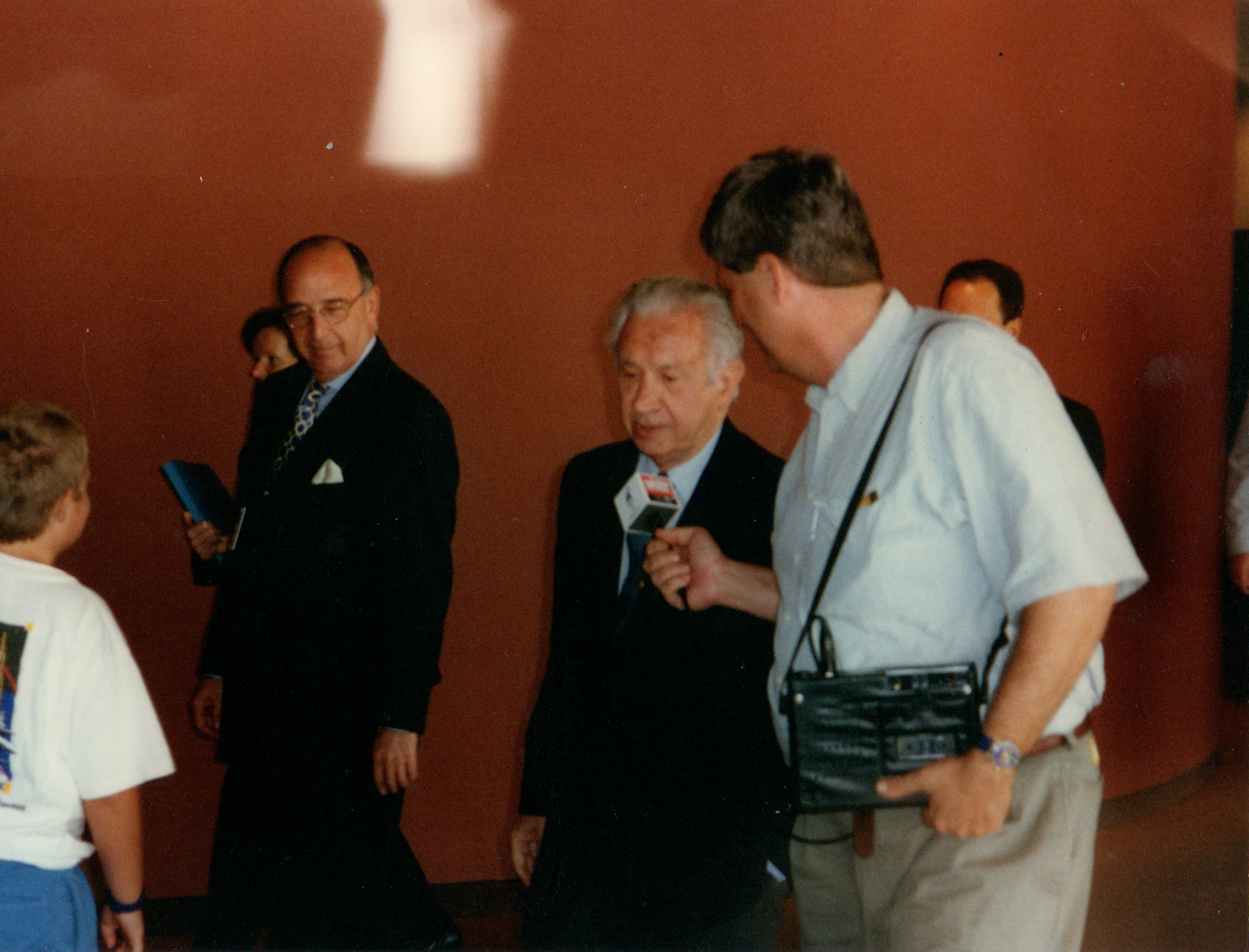 As someone who followed Atlanta from its days of the bid to the legacy era 25 years onward, the Olympics have been good to the city – and not good enough.

The Games were all the spectacle one could expect from a go-go city eager to promote itself to the world.

A fleet of pickup trucks in the opening ceremony and Muhammad Ali lighting the caldron was a giant “Hello!” to the world.

Ali was already grappling with Parkinson’s, and the image of the Great One in his relay kit holding the torch aloft is a picture of triumph and dignity. In its own way, the powerful tableau is a legacy far greater than bricks and mortar for Atlanta.

Bricks indeed are part of the physical legacy of Atlanta 1996.

Red brick, formed from the colorful clay in the soil of Georgia, was used in nearly every venue built for the Games. To their credit, Atlanta organizers managed to build venues that lived on long past the Olympics. Centennial Olympic Stadium and the nearby caldron are now part of Georgia State University. The natatorium is now part of a recreation center at Georgia Tech. Dormitories built for the Olympic Village are inhabited now by students.

Of the venues for Atlanta 96 that remain, it’s the crown jewel that faces challenges on this 25th anniversary. 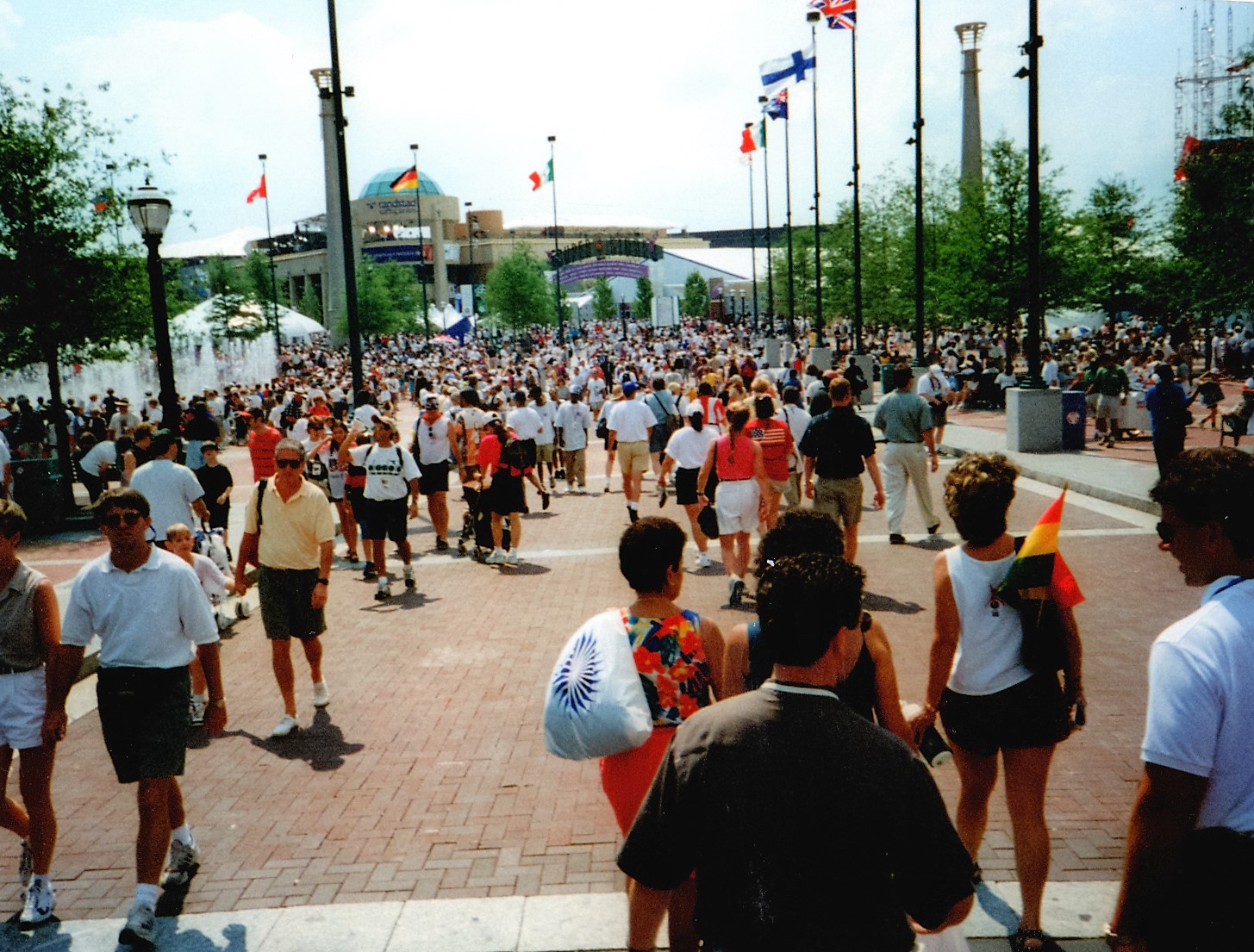 Centennial Olympic Park -- 22 acres in the center of the city -- was conceived by Payne to fill blocks of abandoned and decaying commercial buildings between the hotel district and Olympic venues. The park was a huge success. Hundreds of thousands of people filled it each day. But it brought pain as well as joy.

Just past the midway point of the Games, a pipe bomb planted there exploded. There were two deaths and more than 100 injuries. The park closed for three days and then reopened for the final days of the Games. Crowds returned, but the Games ended for Atlanta with a nasty blot. IOC President Juan Antonio Samaranch declared Atlanta as “excellent”, a description many took as a snub.

Since the Games, Centennial Park has remained a popular fixture in downtown Atlanta. But funding issues tied to the pandemic have led to a total shutdown of the park during the past year, currently only partially open. Still shut is the portion that includes the fountain of Olympic Rings and a memorial to Olympics founder Pierre de Coubertin.

The agency running the park says it depends on revenue from conventions and trade shows to fund park operations. The pandemic crushed those events in 2020. The Georgia World Congress Center says business is slowly recovering, and there is no definite word on a full reopen. 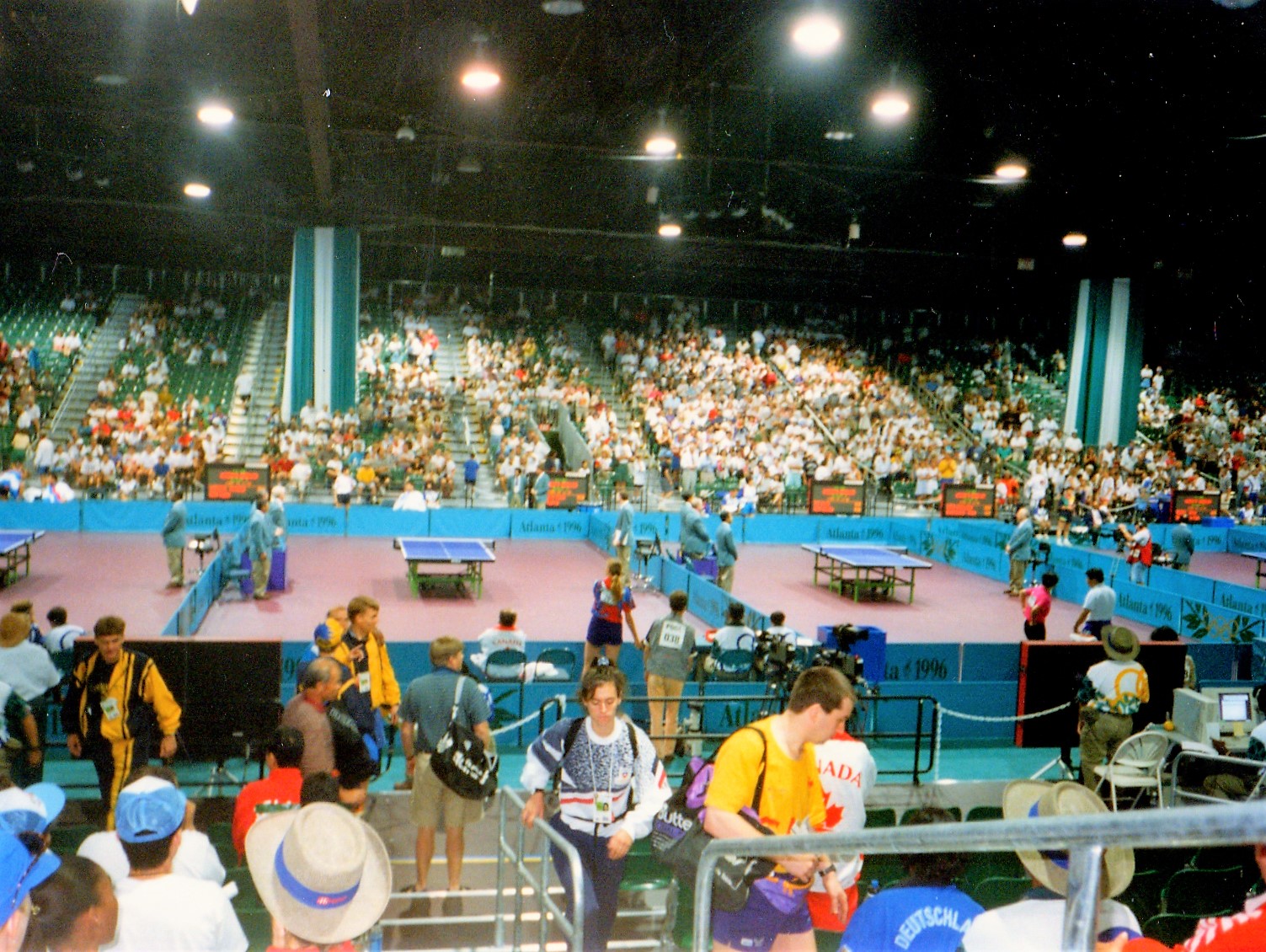 As with many Olympic host cities, the legacy of building interest in Olympic sport after the Games has been elusive. Professional leagues and university sports of gridiron football and basketball are more important than fencing or wrestling. Just a handful of top level events in Olympic sports have been held in Atlanta since 1996.

I always brag about Around the Rings as a legacy of the Atlanta Olympics. Without a hometown Olympics to provide the inspiration to cover a Games firsthand from start to finish, I would not be writing this column today.

But there are more interesting “people legacies” from Atlanta, equally as unintended as creating an Olympic newsletter. I like the story of swimmer Janet Evans, competing in her final Olympics after a career with five Olympic medals.

A favorite to be chosen as the final torchbearer in Atlanta, Evans learned she was second to last. While Evans didn’t medal she probably deserves one for the giant secret she had to keep.

It was a dramatic way to end her career in the pool, part of the legacy the Atlanta Olympics bestowed on many. Today Evans is carrying that legacy forward to a new generation as director of athletes for LA 2028, the first Summer Olympics in the U.S. since … Atlanta.