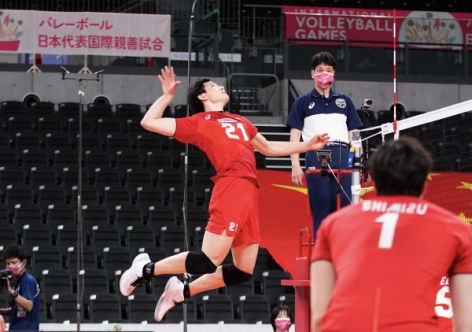 (ATR) The Tokyo 2020 Olympic Games will be held without spectators in the capital and under a state of emergency as the country battles a surge in COVID-19 cases.

Olympics Minister Tamayo Marukawa made the announcement following discussions with officials and organizers on Thursday evening. Events will he held behind closed doors in Tokyo, Chiba, Kanagawa and Saitama, Marukawa said at the press conference.

The postponed Olympics was set to allow up to 10,000 fans into venues, or 50 percent of its capacity, whichever is a smaller number, but changed plans with just 14 days to go due to the increase in COVID-19 cases across the country.

Prime Minister Yoshihide Suga confirmed that the Games will be held under a state of emergency, the fourth to be issued in the country, with new regulations set to be imposed from July 12 through to August 22.

The highly-transmittable delta variant, which was first discovered in India, is taking a grip in Japan and Suga blamed it for the increase in cases.

The Olympic and Paralympic host city recorded 896 new cases on Thursday, a significant increase from 570 cases one week ago.

"We reached an agreement on no spectators at venues in Tokyo," Marukawa said after talks involving local and national government officials, organizers and Olympic and Paralympic chiefs.

Prime Minister Suga said: "Taking into consideration the effect of coronavirus variants and not to let the infections spread again to the rest of the nation, we need to strengthen our countermeasures.

"Growing Coronavirus infections in Tokyo could expand to the rest of the country," he declared but later said that the crisis-hit host nation: "will thoroughly prevent Olympic athletes from bringing Coronavirus into Japan."

Tokyo 2020 President Seiko Hashimoto said: "It is regrettable that we are delivering the Games in a very limited format, facing the spread of coronavirus infections.

"I am sorry to those who purchased tickets and everyone in local areas."

Japan’s ramped up vaccination roll-out has seen 20.2 million people vaccinated (15.9% of the Japan population) but is set to be hindered due to the country now running low on doses.

Yasutoshi Nishimura, the minister in charge of the nation's COVID-19 response, said on Thursday morning: "We are hoping to keep people from moving around during the summer break and the Bon holidays until vaccinations move further along."

The Tokyo 2020 Summer Olympic Games will take place from July 23 to August 8 with the Paralympic Games set to follow from August 24 to September 5.

Written and reported by Mark Pickering in Tokyo