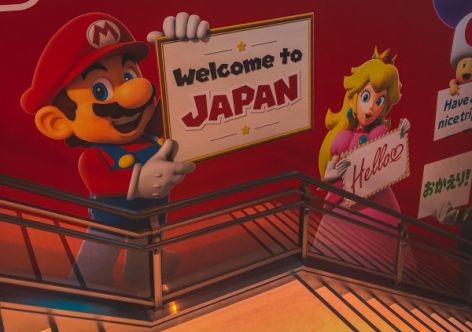 (ATR) With the Tokyo Olympics drawing ever closer, the Japanese capital's two major airports are taking center stage. Athletes, officials, coaches and journalists are arriving. And the experience, say those who are already in Japan, is not exactly pleasant.

One of the first warnings came from Narinder Batra, president of the Indian Olympic Committee (IOA), who sent a letter to the organizers of the Games. The Tokyo 2020 Olympics will be held without spectators - something unprecedented in history - and under a state of emergency, as the country faces an increase in cases of COVID-19.

Batra on Saturday highlighted fresh concerns that India's Olympic-bound athletes may face on arrival in Tokyo, including spending long hours in immigration without food and water. Batra was informed of the inconveniences the athletes from other countries are facing on landing in Tokyo by the Indian chef de mission B P Baishya on Friday. He has raised the issue to the Games'' organizers ahead of the Indian contingent's departure.

"Important issues brought to my notice from Chef De Mission meeting on July 9. Same issue was highlighted in the meeting by different countries including the Czech Republic, those who arrived at Narita airport," Batra said in a statement published by Press Trust of India.

"They have to wait for four hours, before the immigration process to begin and they waited for three hours to board the transport. No food and no water was provided."

"Germany highlighted the Volunteer services are almost non existent," the statement added. The Indian delegation is set to depart for Tokyo on July 17.

"Sharing with all of you so that you are mentally prepared for what you may very likely expect at the airport until you reach the Village, these Games are being held under extraordinary circumstances and we should try to support Japan and go through everything with a smile," Batra said.

The organizers reacted to Batra's letter: "The issue has been raised today to the organising committee. They will work on it with the government to make sure it does not happen anymore."

It was not exactly a smile that dominated the arrival of the Argentine handball team in Tokyo. Sebastian Simonet, one of the team's stars, revealed that nine hours elapsed between landing and leaving the airport: in between, a multitude of controls and checks.

"After 40 hours of travel, we have been inside the Tokyo airport for more than eight hours without being able to leave. Mix of protocols, antigens and uncertainties", Simonet wrote on Twitter. An hour later he added another comment: "Nine hours later we got on the bus".

In view of the failure of the vaccination campaign -Japan has only 15 percent of its 116 million inhabitants fully vaccinated-, the government decided to do everything possible to ensure that the influx of visitors due to the Games would not contribute to an increase in cases of covid-19.

Thus, all those who travel to Tokyo are caught up in a tangle of forms, applications, excel tables and mails to fill out and send. One of the star forms is the "activity plan", which details all the sites to be visited during the first few days in the country. The sending and confirmation of receipt and authorization of the forms is being done not without difficulties in many cases.

Once in Japan, visitors must stay in hotels defined by the organizing committee, undergo different types of quarantines and move only through the previously established sites. The result of this system devised by the Japanese government is an unprecedented level of stress in the days leading up to an event that, historically, was a cause for joy and celebration.

The Nine News Australia correspondent shared her experiences after arriving in Tokyo.

"Touching down in Tokyo for the Olympics Games it's clear there is one thing missing: excitement. No big mascots at the airports dancing when you step off the plane, no bands playing, no media throng descending on the athletes as they walk through the gates.

In its place there are reams of paperwork to navigate, a COVID-19 saliva test upon arrival and apps you must download on your phone so authorities can trace your every move. Welcome to the Olympics in the pandemic era".

"You arrive tired and it's hard to go through all those controls, but we know that the Games are happening and that's the most important thing".

Written and reported by Sebastian Fest