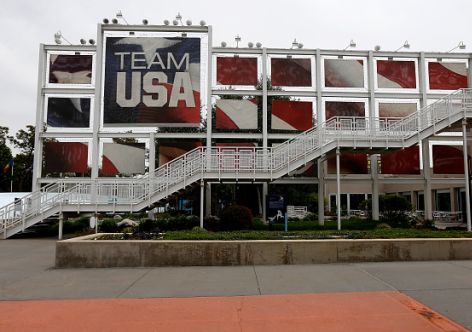 (ATR) The United States Olympic Committee is expected to select a host city for a "future" Winter Olympics by the end of the year, officials tell Around the Rings.

Matthew Rojas, director of communications for Salt Lake City Mayor Jacqueline Biskupski, confirmed to ATR that the USOC could visit "in the next month or so" as part of a series of site visits. The visit to Salt Lake City was first reported bythe Deseret News.

Any decision taken by the USOC board of directors is "being labeled as [for] a future Winter Games" according to Rojas. Salt Lake City has not been told if that means the USOC could be lining up a contingency plan in the event all three candidate cities for the 2026 Winter Olympics withdraw from the process.

Tomorrow the Calgary City Council is expected to vote to end the city's 2026 Winter Olympics bid after the three levels of Canadian government could not come to an agreement about public funding. If the council votes to end the bid it would also cancel the plebiscite scheduled as part of funding commitments for the Bid Corporation.

Calgarians planned to vote on the bid on November 13. Absentee voting has already begun.

Milan/Cortina and Stockholm are the other two bidders for the 2026 Winter Olympics, and neither has secured government backing. A new center-right government in the city of Stockholm has said it opposes the Olympic project, although Stockhom 2026 says it intends to stay in the race.

"We were told that the USOC intends to make their selection for a future Games, we have not been given a [year], by the end of the year, and is looking at the three cities," Rojas said to ATR. "As part of their process they have indicated that they will be doing a site visit, a public opinion poll, and they have asked the cities with a request for more information."

A statement from the Reno/Tahoe Winter Games Coalition said that a deadline of November 9 has been put in place by the USOC for cities to submit additional information. The RTWGC called the process an "unprecedented accelerated process" to select the next bidding city.

"This invitation is an affirmation of all the inspired time and effort contributed by so many over the past fifteen years to return the Olympic rings to our area," Brian Krolicki, RTWGC Board Chairman, said in a statement. "We have always believed that the Reno-Tahoe region offers a very unique and exciting opportunity to welcome the world’s Olympic Community, especially its elite winter athletes, while creating long lasting benefits for our communities."

Even though the USOC would select a bid city by the end of the calendar year, Cohen said that should Denver be selected the plan is to have a referendum on the bid in"2020 or later, depending on which Winter Games the USOC decides to bid on".

USOC spokesperson Patrick Sandusky told ATR that the site visits to the interested cities "is simply the continuation of an ongoing process to select a city for a potential future Games bid."

Earlier in the day Sandusky attempted to clarify the USOC’s position on the 2026 bid race amid speculation of Calgary’s fate on social media. He denied that any choice made would be done to fill any void left by cities that withdraw from the current process.

Media PSA on 2026 speculation - The USOC has expressed interest in bidding for future winter Games, but we are not involved in the 2026 campaign. Our current process is to identify a U.S. city is related to a future Games with multiple cities involved in those discussions.

Minutes from the USOC’s September board meeting show that USOC Vice President, Bids and Protocol Chris Sullivan discussed the developments in the IOC’s bidding process "in connection with the 2026 and 2030 Games in particular".

"[Sullivan] described a potential approach to continuing to explore the possibility of putting together a US bid for one of these or another future Games, including by conducting a process by which the USOC might narrow to one the number of cities with whom it might cooperate to engage in any such bid," the minutes read.

"After this discussion, the Board expressed support for USOC staff to pursue the process discussed to begin narrowing the US cities with whom the USOC might at some point determine to launch a Games hosting bid effort, and to return to the Board’s next meeting for further discussion and a possible recommendation in this regard."

The USOC board will meet again in December, which fits a timeline for site visits and choosing a bid city by the end of the year. Should the 2026 bid race fall apart, and a U.S. host city for a "future" Winter Olympics be locked in, it would still fit in the IOC’s timeline for when bid books are due in the 2026 process.

Cities must present the full candidature file to the IOC by January 2019, though the IOC has said there is no "Plan B" with this bid race. If the U.S. were to submit a bid for the 2026 Winter Olympics the IOC would have to reopen the process.

Rojas said that Salt Lake City is "focused, if anything, on the 2030 Games, and we are very supportive of the 2028 LA Games".

"We are looking forward to showing off our venues [to the USOC], because since the 2002 Games hundreds of international and national competitions have been held at the venues," Rojas added "We’ve invested a significant number of money in them so we believe that the USOC will see that our venues are ready to go."