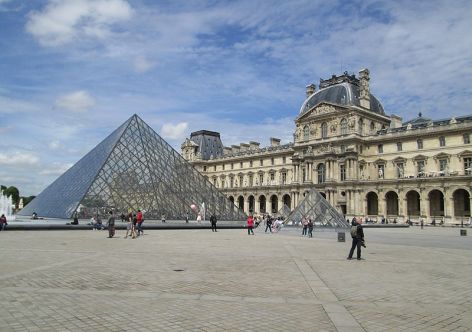 (ATR) A new sport business forum backed by French President Emmanuel Macron makes its debut at the Louvre in February.

Global Sports Week Paris will receive financial backing through France’s Ministry of Sports alongside further operational support from the city of Paris.

The core agenda of the English-language event, which will be held from February 5-7, will focus on exploring the two-way relationship between sport and society at a time of disruptive change.

Organizers say it will feature well-known figures from the worlds of global entertainment and government as part of a programme of "talk show"-style discussions and interviews in the round.

"We chose London for this launch, recognising the city’s long-time position as Europe’s sport business powerbase. At the same time, Global Sports Week is also a reflection of Paris’ emerging status as a new focal point of world sport." Lucien Boyer, President of Global Sports Week, said in a statement.

"But this is really a global initiative, with multilateralism at the heart. We want to bring together the leaders and disruptors from across all sectors, countries and generations. The idea is that we must collaborate in new ways if we are to fully realise sport’s potential – both commercially and as a vehicle of policy and social impact."

The plans are for Global Sports Week Paris to become an annual event.

Passes are now available at an early bird rate at the event website.

IF Forum Focuses on Athletes

‘Athlete Centred Sport’ will be the theme of the 13th annual International Federation (IF) Forum, which takes place from Oct. 28-30 at the Hotel Royal Savoy in Lausanne.

Safeguarding athletes, protection of clean athletes, athlete welfare, future financial wellbeing and strengthening the voice of athletes will be among the topics under discussion during the IF Forum 2019 conference sessions, workshops, keynotes and fireside chats.

"A sport cannot flourish without its athletes performing to their potential, so it is fitting that the focus of the IF Forum 2019 will be on how to nurture and strengthen relationships between International Sports Federations and athletes, who are sport’s most important stakeholders," said Raffaele Chiulli, President of both SportAccord and the Global Association of International Sports Federations (GAISF).

The IF Forum, which brings together more than 200 leaders from over 100 International Sports Federations, is organised by SportAccord for GAISF members and supported by the International Olympic Committee to tackle global matters related to the Sports Movement.

The annual three-day gathering is also limited to a small number of invited industry partners and gives them exclusive access to an authoritative networking environment and recognition as a supporter of the Sports Movement.

The deadline to submit entries for the world’s first ever awards ceremony for sport focused OTT has been extended.

But organizers say this Friday, Sept. 27, is really the absolute last chance to enter.

Organizers say more than 300 senior decision makers will celebrate the nominees and winners live on stage, with each gaining a powerful new authority that boosts credibility and attracts clients.

Judges include executives from DAZN, Sky, UEFA, and the PGA Tour.

The third edition of the summit, which organizers call the world’s leading digital sports broadcasting event, includes discussions onthe monetization of content, latency and delivery issues, combating piracy, the art of going direct-to-consumer, and how the emergence of technology is revolutionizing sports broadcasting.

More than 75 speakers are confirmed, among them representatives from Formula 1, FuboTV, beIN Media Group, Twitter, and golf’s European Tour.

More than 800 senior OTT and digital leaders will be attending from organizations including the NFL, ESPN, Amazon, Sky, Discovery, Google, the NBA, and Spain’s La Liga.

The Sport Business Summit is a highlight of Leaders Week London 2019, which runs from October 7-10.

Organizers say 3000 C-suite and director level executives from more than 55 sports and 60 countries will attend, creating the largest gathering of senior executives from sport, technology and entertainment this year.

After 11 years at Stamford Bridge, the home of Chelsea FC, the Sports Business Summit is moving to Twickenham Stadium, the home of England rugby.

Other events during the week include Leaders Meet Diversity, which will bring together 300 of the executives and organizations who are driving diversity both on and off the field in sport. Former F1 driver David Coulthard will share his personal experiences and passion for a more diverse sports industry.