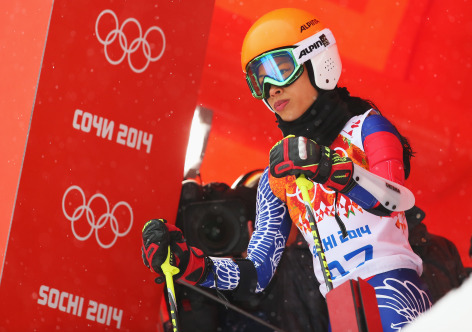 (ATR) The International Ski Federation has banned pop violinist Vanessa-Mae for four years for helping rig races that allowed her to qualify for the Sochi Olympics.

A FIS panel "found to its comfortable satisfaction that the results of the four ladies giant slalom races that took place on 18 and 19 January at Krvavec were manipulated". The scam included adjusting times, inventing skiers who did not race and failure to change the second runs as is required under FIS rules.

The competitions were organised at the request of the management of Vanessa Vanankorn – the name Mae took from her Thai father – through the Thai Olympic Committee. The Krvavec competitions were the last opportunity for her to achieve the necessary FIS points to qualify for the Sochi Olympics.

FIS said that without fixing races the 35-year-old, who was raised in Britain, "would not have achieved the necessary FIS point performance level to be eligible to participate in the Olympic Winter Games".

The FIS ruling followed an investigation in the summer by the Ski Association of Slovenia which "determined that violations had taken place at these competitions and imposed sanctions on certain persons within its jurisdiction". Its report was forwarded to FIS, whose decision to hand down sanctions on Tuesday followed written submissions and testimony at a hearing on Oct. 3.

At Sochi 2014, Mae raced for Thailand as Vanessa Vanakorn and finished last of the 67 competitors in the giant slalom.

FIS also banned four skiing officials from Slovenia and another from Italy for between one and two years for their involvement in the scam.

"At first we were laughing when we heard it. But then we realized it's quite a serious thing," FIS president Gian Franco Kasper told The Associated Press.

The IOC could decide to disqualify Mae from the Sochi Olympics.

The scandal is embarrassment for IOC president Thomas Bach and his Olympic Agenda 2020 reforms.

Bach appointed Mae to the culture policy commission, one of 14 working groups which has drafted 40 recommendations to bring changes to the Olympic Movement. They will be voted on at the IOC’s Extraordinary Session in Monaco next month.

In a statement, the IOC said it had taken note of the decision of the FIS Hearing Panel, which found that a number of athletes benefited from the manipulation of results and led to their qualifying for Sochi 2014.

"We have been informed by the FIS Hearing Panel of this decision but for reasons of fairness of process we will not comment further until any right to appeal has been exercised and there is a definitive final judgment," the IOC said.

"Should the judgment be confirmed the IOC will act on this in the framework of its policy of protecting the clean athletes, with zero tolerance towards the manipulation of results and any related corruption."

Mae can appeal the decision to the Court of Arbitration for Sport.