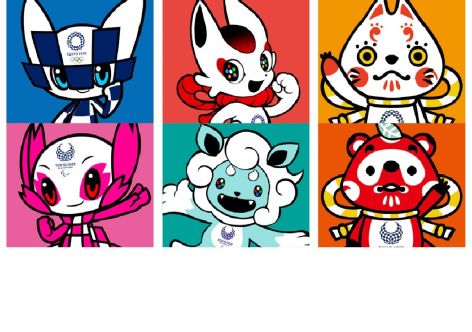 (ATR) The mascot of the Tokyo 2020 Olympic and Paralympics will be known by the end of the month.

Voting for the three mascot candidates concluded on Feb. 22 in Japan after more than four million children participated in the election, according to organizers.

"I greatly appreciate the participation of so many pupils at elementary schools across Japan and at Japanese schools overseas – their interest and excitement were really inspiring," said chairman of the mascot selection panel Ryohei Miyata.

"The involvement of schoolchildren in the mascot selection process provided a great opportunity for younger generations to make their mark on the Tokyo 2020 Games."

The three mascot finalists were shortlisted by the organizing committee in December 2017 out of more than 2,000 designs received.

More than 75 percent of Japan’s schools and Japanese schools abroad participated in the subsequent selection process that asked youth classrooms to give a single vote to one of the pairs.

The mascot vote also provided an opportunity for youth to learn more about the Olympics and Paralympics which will return to Japan in the summer of 2020. The mascot election was embedded into Tokyo 2020’s education program called "Yoi Don!" which means "Get Set!" in English.

The winning design will be announced on Feb. 28.