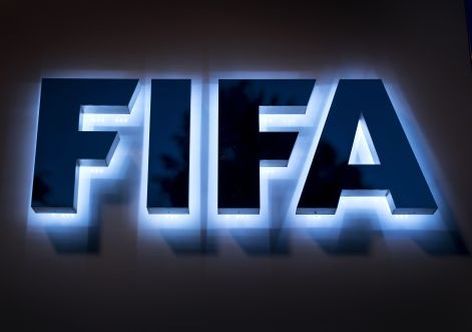 (ATR) The IOC member from Cameroon steps up to replace Sepp Blatter who was on Thursday suspended for 90 days over corruption allegations.

Blatter's 17-year reign at the helm of world football appears to be over after he was provisionally suspended along with secretary general Jerome Valcke and UEFA chief Michel Platini. The FIFA presidential dreams of Chung Mong-joon were ended Thursday when he was slapped with a six-year ban from football.

Hayatou, who has himself been embroiled in a string of scandals over the years, takes over from Blatter on an interim basis.

The head of the Confederation of African Football was implicated in bribery allegations relating to the Qatar World Cup bid, which he strenuously denied, and was reprimanded in 2011 over ethics violations relating to FIFA's ISL marketing scandal.

But on Thursday he found himself anointed as the acting president of FIFA, in accordance with Article 32 (6) of the FIFA Statutes which mandates that he take over as the longest-serving FIFA vice-president.

"Today, amid extraordinary circumstances, I have assumed the office of FIFA president," he said in a FIFA statement.

"I will serve only on an interim basis. A new president will be chosen by the Extraordinary Congress on 26 February 2016.

"I myself will not be a candidate for that position."

Hayatou said that until the congress he would "dedicate my best efforts to the organization, the member associations, our employees, our valued partners, and football fans everywhere".

"FIFA remains committed to the reform process, which is critical to reclaiming public trust. We will also continue to cooperate fully with authorities and follow the internal investigation wherever it leads," he added.

Blatter, Platini and Chung got word of their suspensions on Wednesday. Valcke had already been put on leave last month after he became engulfed in allegations around 2014 a World Cup ticketing scam. They all deny wrongdoing.

Suspensions are due to expire on Jan. 6 but they may be extended for an additional 45 days, which would mean they could all return to football in late February - four days before the proposed FIFA elective congress.

"The grounds for these decisions are the investigations that are being carried out by the investigatory chamber of the Ethics Committee," the adjudicatory ethics arm of FIFA said in a statement.

"The ethics committee is unable to comment on the details of the decisions until they become final, due to the provisions of article 36 (Confidentiality) of the FIFA Code of Ethics," it said.

Blatter was placed under criminal investigation last Friday over suspicions he made a "disloyal" $2 million payment to UEFA president Michel Platini in 2011 and striking a World Cup TV rights contract with disgraced former FIFA vice president Jack Warner that was "unfavourable to FIFA".

The 79-year-old's Swiss and US lawyers issued a statement, saying Blatter was "disappointed that the ethics committee did not follow the Code of Ethics and Disciplinary Code, both of which provide for an opportunity to be heard".

"Further, the Ethics Committee based its decision on a misunderstanding of the actions of the Attorney General in Switzerland, which has opened an investigation but brought no charge against the President," said Blatter's US lawyer Richard Cullen.

Cullen said prosecutors "will be obliged by law to dismiss the case if their investigation, barely two weeks old, does not establish sufficient evidence".

"President Blatter looks forward to the opportunity to present evidence that will demonstrate that he did not engage in any misconduct, criminal or otherwise," he said.

Platini's ambitions to succeed his one-time ally Blatter lie in ruins after he was suspended over the "disloyal payment". But he has pledged to clear his name and insisted he would still run for the FIFA presidency.

Chung’s six-year ban follows an investigation into allegations related to a proposed $777 million global football development fund linked to the the South Korean 2022 World Cup bid. He was found guilty of five breaches of the FIFA Code of Ethics.