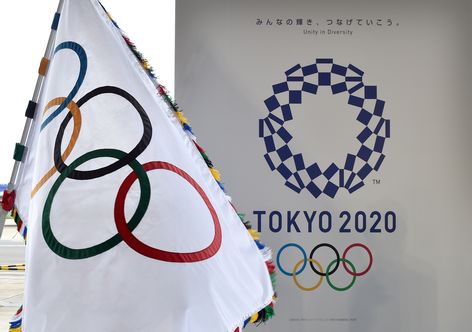 The report from the Building and Wood Workers' International called "The Dark Side of the Tokyo 2020 Summer Olympics" was released last week. It raises concerns about "ongoing patterns of dangerous and illegal overwork" at the construction sites for the new national stadium and Olympic Village.

The IOC coordination commission for Tokyo 2020 led by John Coates is giving the issue some attention at the three-day inspection of Games preparations currently underway in the Japanese capital.

The allegations of labor abuse in Tokyo may also be an item of discussion in a packed agenda for the IOC executive board meeting taking place in Lausanne on Wednesday.

Copies of the report were sent to the IOC, Tokyo 2020, Tokyo Metropolitan Government and the Japanese Sports Council, the organizations responsible for the construction of Olympic facilities. The labor union demanded that more should be done to protect workers’ safety and ensure decent working conditions.

The IOC registered its concern in a comment toAround the Rings on Wednesday.

"We take these issues very seriously and are committed to working with the relevant stakeholders to address them and find the appropriate solutions," an IOC spokesperson told ATR. "The IOC has discussed this with the ILO [International Labor Organisation] and they will be following-up with the relevant Japanese authorities."

Tokyo 2020 has distanced itself from the allegations, saying they are "not the commissioning party" for the national stadium and Olympic Village cited in the report.

But spokesman Masa Takaya said the Games organizing committee is "reviewing the contents of the report and will cooperate with related stakeholders to look into the alleged issue".

"The Tokyo organizing committee of the Olympic and Paralympic Games has already implemented appropriate safety measures for the work we ourselves commission, including a grievance mechanism," he added. "We operate them in accordance with all appropriate operational standards."

On Wednesday, briefings to the IOC delegation focused on athletes and NOCs, marketing, sport & IFs, spectators, Olympic Family, media, and the Paralympic Games.

Further talks on the progress of Tokyo 2020 preparations are scheduled Thursday before a joint IOC and Tokyo 2020 press conference wraps up the inspection visit.