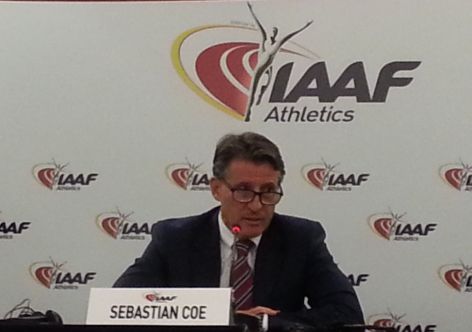 Coe believes the reforms package, to be voted on at an extraordinary congress on Dec. 3, will revive the organisation which has been torn apart by corruption and doping scandals.

Disgraced former IAAF president Lamine Diack was implicated in the Russian doping scandal and faces bribery and money laundering charges. In November, a bombshell WADA report revealing state-supported doping in Russia led to the country’s athletics team being banned from the Rio Games in June.

Speaking about the reforms, Coe said there had been wide scale consultation.

"We never want to be in the same place we found ourselves in only a year ago," said Clarke, who also heads the IAAF’s legal committee, admitting the scandals that have battered the federation’s credibility were "partially due to governance failures".

"A multi-million dollar business need governance structure and practices that are clear, robust and meet international standards," she added.

The reforms proposals include empowering the IAAF's 214 member federations, giving them more authority and ensuring more checks and balances are in place.

The IAAF’s power structure will also be split into two bodies – a council focused on sport competitions and an executive board to safeguard the business and financial aspects. Three of the IAAF executive board will be appointed and not elected. Athletes will have a great voice with two on the council.

Coe and his council are also proposing independent integrity and disciplinary committees.

"History has shown us we need to really tighten up our integrity code," Clarke said, a reference to the turbulent year of scandals since the IAAF Congress elected Coe in Beijing.

Asked how he would assess his first year at the helm of world athletics, Coe said the last 12 months "has on occasions felt slightly longer than that".

He said the IAAF had made extraordinary progress "given the turbulence of the times", including stabilizing sponsors "who were clearly nervous last year".

"Yes it’s been a very challenging year but I am proud of the resilience the organisation has shown and the determination to change," he said.

The IAAF chief said the IAAF task force on Russian doping, chaired by Rune Andersen, would continue its work to help revamp the country’s corruption anti-doping regime. Coe said it was a "massively onerous task for them", adding that there was no timeframe on when their work would be complete.

Coe had no regrets about banning Russia from the Rio Olympics. A total of 68 track and field athletes including double Olympic pole vault star Yelena Isinbayeva are barred from Rio.

"I am afraid Russia has let down their athletes. This was a cataclysmic failure to oversee and protect those athletes," he told the press briefing.

He said one of the IAAF’s major priorities was on working to reinstate Russia into international competition.

"Yes the last year has sorely tested all of us. It has sorely tested our fans and supporters out there. We have to be mindful of where we have come from but our responsibility is to shape the future. The governance reforms are based on that premise.