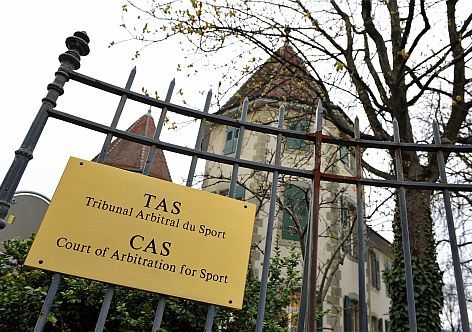 (ATR) Reaction to the decision by the Court of Arbitration for Sport rejecting the appeals of 67 Russian track and field athletes to compete at the Rio Olympics is coming swiftly.

Usain Bolt, who noted that he is in "extremely good shape" and his "hamstrings are good" ahead of running a 200-meter race in a Diamond League meet Friday night, backed the CAS decision.

"If you have the proof, and you catch someone then I’m all for taking action," Bolt said prior to the London meet. "Rules are rules and the doping violations in track and field are getting really bad, so if you feel like you need to make a statement…then thumbs up."

"All athletes have a right to clean sport and a right to compete clean," said a statement from the athletes commission following the release of the McLaren Report on Monday.

"Now is the time for sporting organizations to stand up against doping and affirm in the most robust ways possible their commitment to protecting clean athletes and zero tolerance."

According to the McLaren report, 139 tests among Russian track and field athletes have been falsified in the government run doping scandal which resulted in the federation’s provisional suspension by the IAAF in November and was upheld last month in Vienna.

Three-time Russian Olympic pole vault medalist Yelena Isinbayeva, 34, who was hoping to conclude her stellar career with a third gold medal at her fifth Olympics, continues to express her dismay calling the decision political.

Isinbayeva tweeted in Russian: "There was hope and now it is dashed. Let all those pseudo clean foreign sportsmen breathe a sigh a relief and go out and win their pseudo gold medals in our absence. They always did fear strength."

Earlier, Isinbayeva also told TASS news agency: "Thank you everyone for this funeral for athletics. This is a blatant political decision."

Russian world champion 110m hurdler Sergey Shubenkov failed to advance to the hurdles final in London 2012 and was looking forward to redemption in Rio.

Prior to the CAS decision, Shubenkov, 25, said he "will get drunk" should Russian be banned.

The International Association of Athletics Federations (IAAF) said it is pleased that CAS has supported its strong stance on sanctioning Russian doping and the judgement "has created a level playing field for athletes."

The CAS award upholds the rights of the IAAF to use its rules for the protection of the sport, to protect clean athletes and support the credibility and integrity of competition, an IAAF statement said.

CAS, the final arbiter on global sports disputes, to which Russia had appealed, said that the organization’s sanction was legally sound.

The ruling is a major blow for the Russian Olympic Committee and 68 Russian athletes who were seeking to overturn the country’s international ban imposed by the IAAF in June. The verdict puts added pressure on the IOC to ban Russia completely from next month's Olympics. A decision is expected on Sunday when president Thomas Bach and his executive board will rule on Russia's fate

The IOC said in a statement that it had taken note of the CAS verdict. "We will now have to study and analyze the full decision," said an IOC spokesperson. "The IOC decision on the participation of the Russian athletes will be taken in the coming days."

Track and field will be contested at the Rio Games from August 12-21.