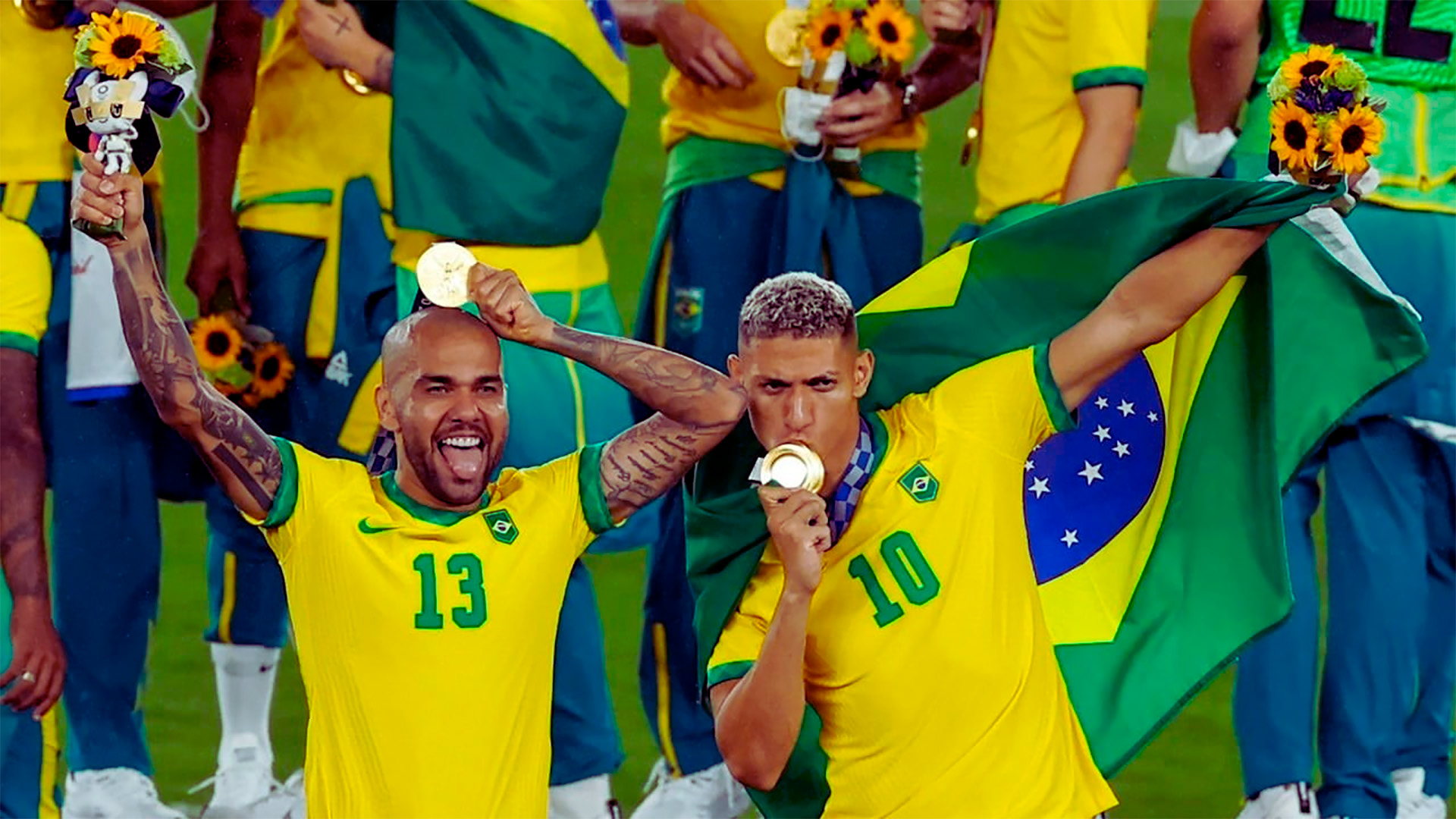 The greatest winner in history and the figure of the last Games: Dani Alves and Richarlison celebrate the two-time Olympic championship won in Tokyo.

Setting up a survey to discover what sports find their peak at the Olympic Games may be an exercise that only serves to highlight the immensity of the five rings. Although football is an exception because it does not experience the most intense emotions in every Game -unlike so many disciplines-, the ties between the World Cup ball and the Olympic ball are close.

In men’s soccer, the most time world champion team is also the top winner of Olympic medals. That team is Brazil, with five and seven, respectively. With a view to the imminent World Cup, coach Tite arranged for 26 players to travel to Qatar, 12 of whom are Olympic medalists. Five of them took over the gold in Tokyo in 2021. Players like Antony and Gabriel Martinelli, two fixtures of the champion team, had never been called to the senior team before the Games. Bruno Guimarães, one of the revelations with only a handful of calls, also strengthened his image in Tokyo. The figure there, Richarlison, finished consolidating it. The four of them got a ticket to their first World Cup. The fifth was Dani Alves, who was catapulted by the Olympic title as the most winning player in history. It is worth debating whether the consideration that the young people knew how to win had been the same as not having passed by far the first intercontinental test, which occurred precisely in an Olympic Game.

In Asia, Ángel Di María also presented the world with his inextinguishable specialty, to chip it in finals. “Picarla” would be in Argentina, his homeland, where many of the clubs have been showing a worrying apathy for the Olympic shield by refusing to concede their players. Di María completed his feat at the Beijing Bird ‘s Nest in 2008. 13 years later, the Japanese team, also at an Olympic Game -theirs- warned an entire country that it could compete against the most powerful teams. Of that Japanese squad that played all six games in Tokyo 2020, a dozen players will land in Qatar. Here, a similar logic to that of golden Brazilians: in addition to the merits in their clubs, how much influence does an instance as heavy as that of performing in front of all its people influence the weighting that they have demonstrated to be up to the task?

Considering only the last two Olympic finals, there are 20 players selected for the next World Cup. Two teams of complete field players. Those involved in those finals were three world and Olympic champions in which fierce internal competition and permanent renewal reign: Brazil, Germany and Spain.

When it comes to finals, Olympism led Javier Mascherano to hold a record that only he in Argentina can boast of: two gold medals. What he was denied in four World Cups, he succeeded in two consecutive Games. Puskas once said that “it was during the Olympic Games that our football began to flow with real force. It was a prototype of total football.” For there to be a revolutionary and finalist Hungary in 1954, there must first have been an Olympic champion in 1952. It was an Olympic final that also ended up raising the surnames Kanu and Okocha, for example, who after their golden milestone in Atlanta 1996 jumped to the elite of Europe. 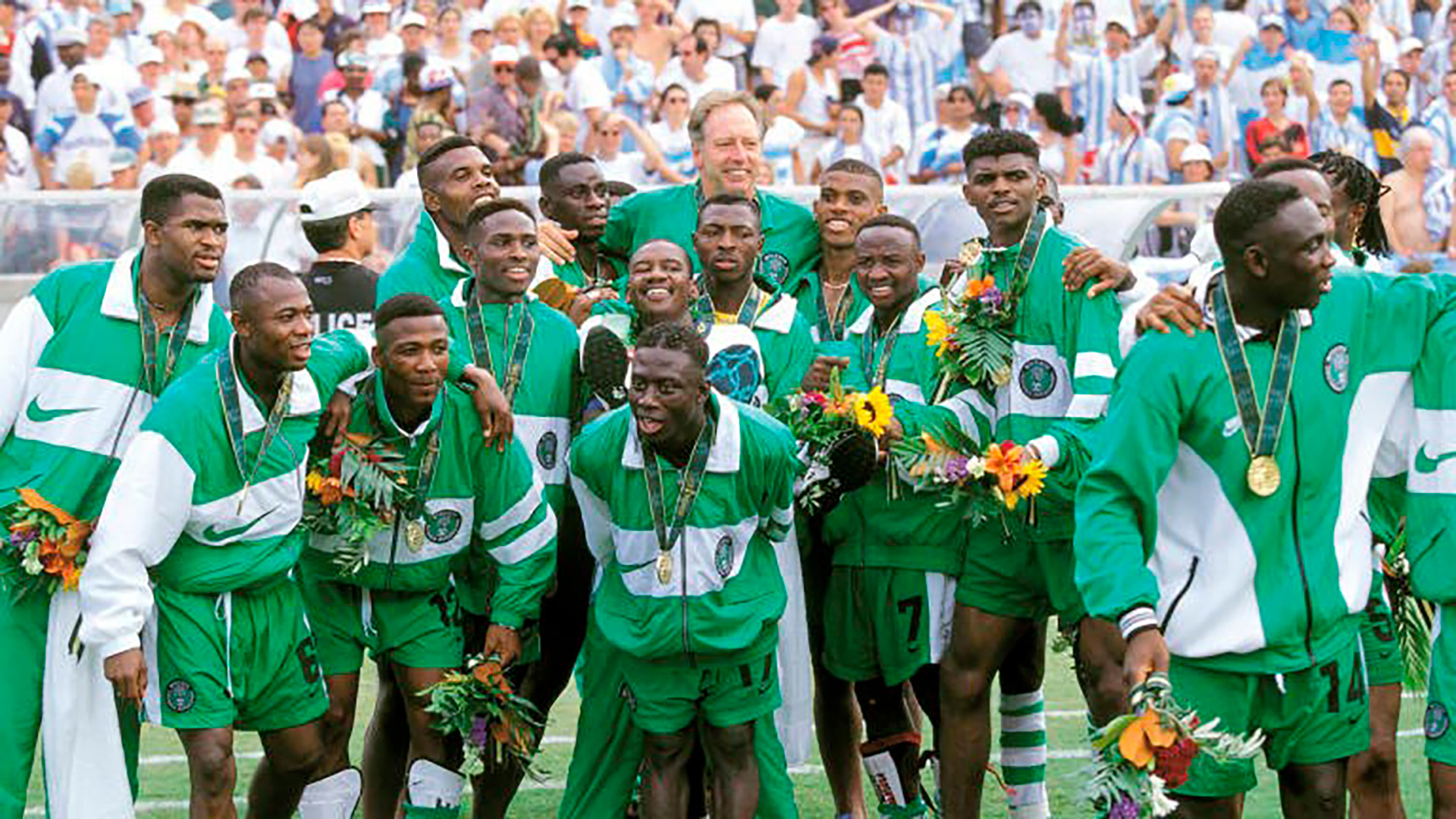 Nigeria's “Super Eagles” celebrate their Olympic title in 1996, after beating Brazil in the semifinals and Argentina in the final.

Since the dawn of the last century, one of the strongest ties has been evident in the coat of arms of the Uruguayan shirt, where two Olympic stars and two World Cup players have lived together since the 1990s. The Olympic contests won by the Charrúas, in 1924 and 1928, were organized directly by FIFA and, as a result of the non-existence of the World Cups, both were awarded world rank. At the 1924 celebrations, the terms Olympic goal and Olympic return flourished, later coined throughout the football world.

For his part, in defending the thesis on the benefits of organizing a World Cup every two years (resisted by the IOC), one of the sports foundations outlined by Gianni Infantino, president of FIFA, brought up the Olympic movement: “The Olympic Games are held every two years, not every four as we think. They are held every two years with the participation of more than 200 countries in the world, so they are truly global Games”. Infantino is well aware that he heads the entity of a sport that doesn’t distinguish between winter and summer. 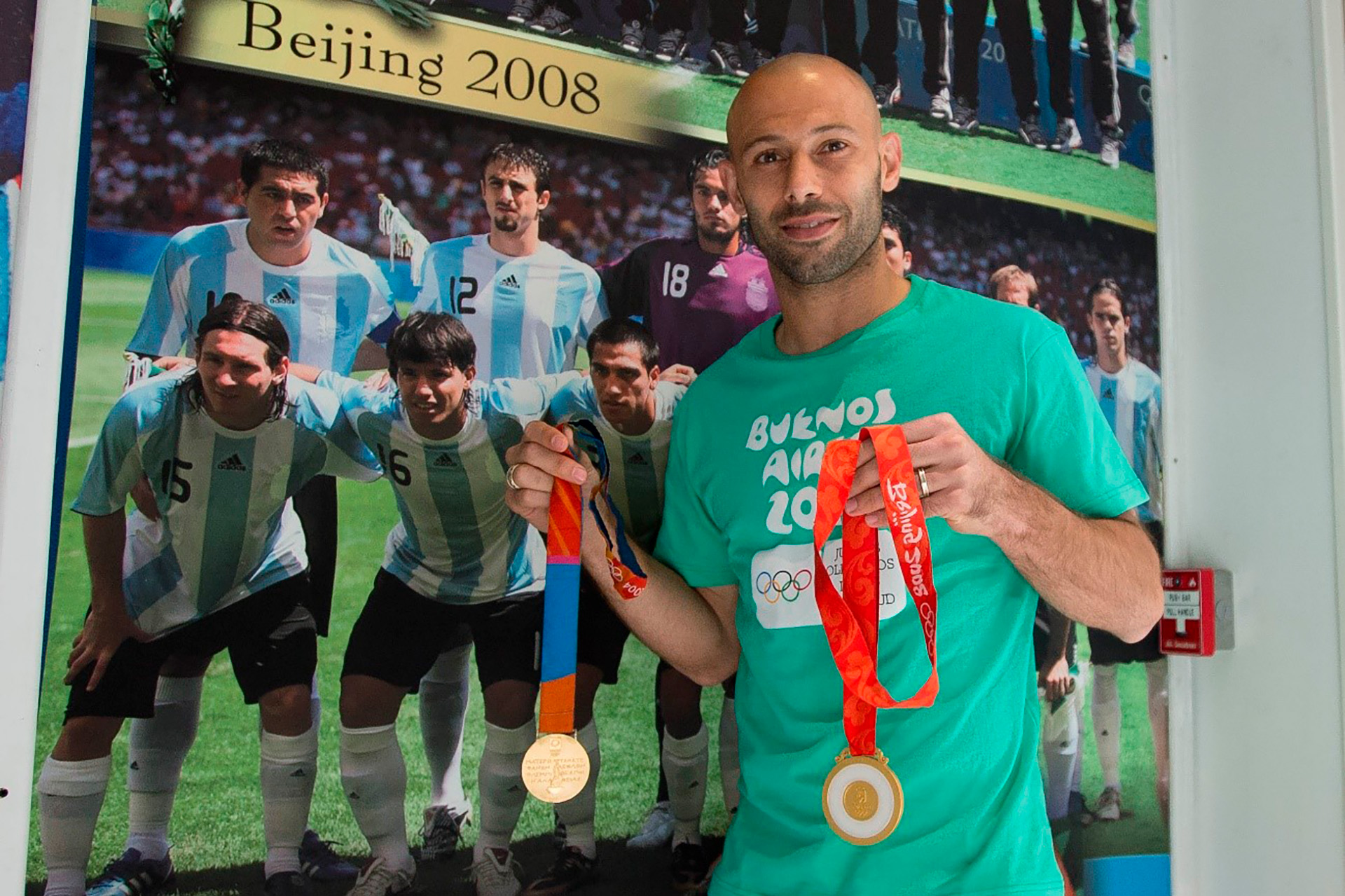 The pose of the two-time champion with his medals. Javier Mascherano, the only Argentine athlete to win two gold Olympic medals.

In hot Qatar, the World Cup will experience for the first time a sensation well known for the Games: a competition immersed in the middle of the club season. Of course, because of it, every other person’s competition stops for a while, something that doesn’t happen with the Olympic event. In addition, the next editions of each one will practice a kind of castling. Just as Qatar 2022 will have an Olympic spirit in the sense that it will be held in a single city, Paris 2024 will be “world championship” since the football competition, once again, will be held in several sub-venues. Seven in total: Paris, Marseille, Lyon, Bordeaux, Saint-Étienne, Nantes and Nice. As an additional fact, for the first time women’s football will end later than men’s.

The Olympic course reveals that the Games have been a great window, a springboard and a reference for the World Cup. And they will continue to be so.