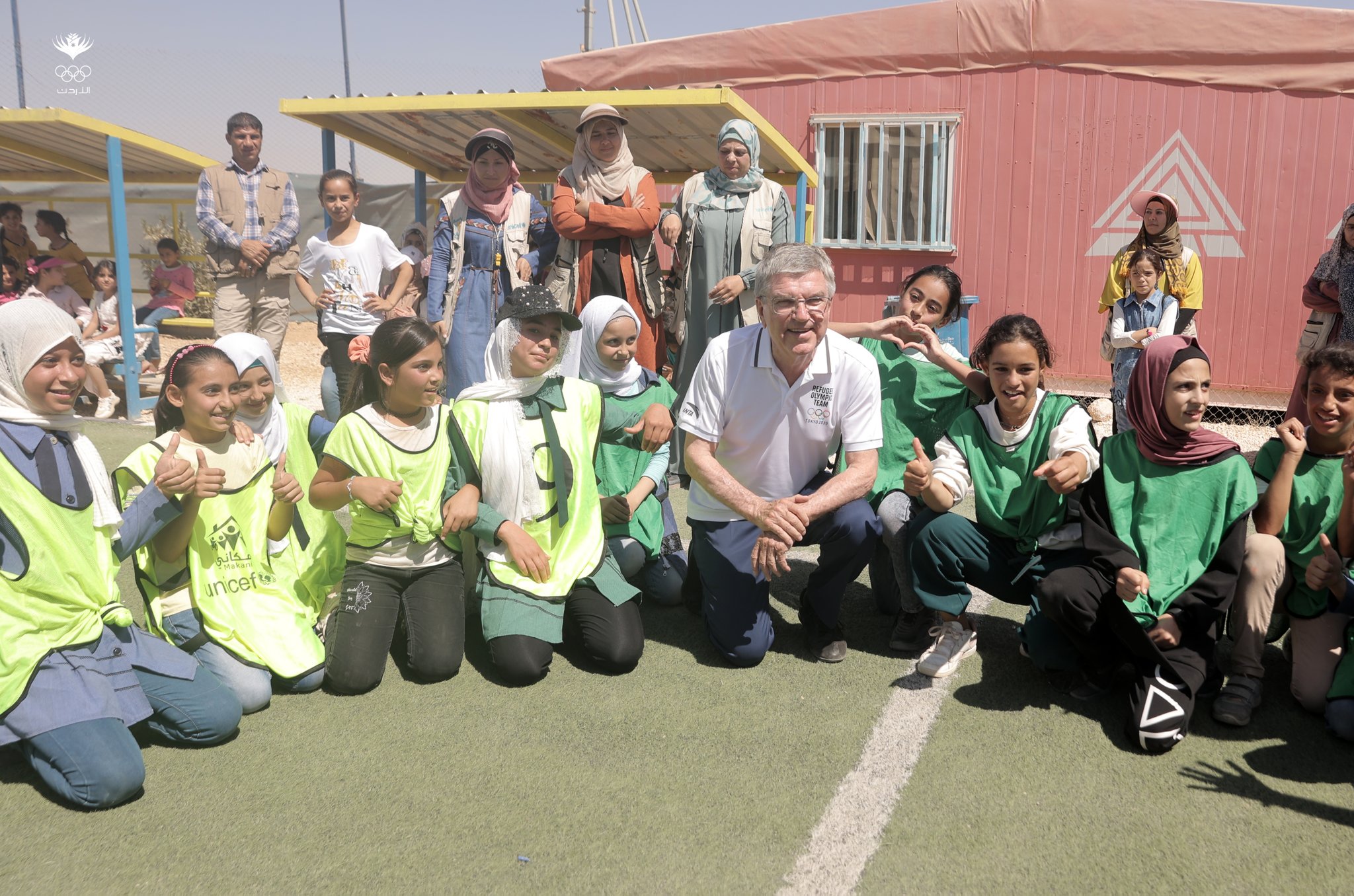 On Thursday Thomas Bach was the featured guest as the International Olympic Committee (IOC) President was welcomed to Amman, Jordan.

Bach is the first IOC President to visit the Kingdom of Jordan while serving in that capacity.

He was given a tour of the Olympic Preparation Centre and interacted with young athletes from a wide range of sports.

“We are honored to welcome President Bach to the JOC’s Olympic Preparation Centre and share with him Jordan’s love and passion for sport,” said Prince Feisal.

“The JOC is committed to empowering all Jordanians to participate in sport from the grassroots to the elite level. We are very proud to show President Bach our world-class facilities and the home of the current and next generation of athletes preparing to represent Jordan on the international stage.”

Jordan has won three Olympic medals in their history. A gold at the Rio de Janeiro 2016 Games and a silver and bronze at the Tokyo 2020 Games. They have been a part of every Summer Games dating back to 1980.

During his visit, which wraps up Friday, Bach also visited the Za’atari Refugee Camp and met with UNICEF representatives while also showing off his football skills to the kids. 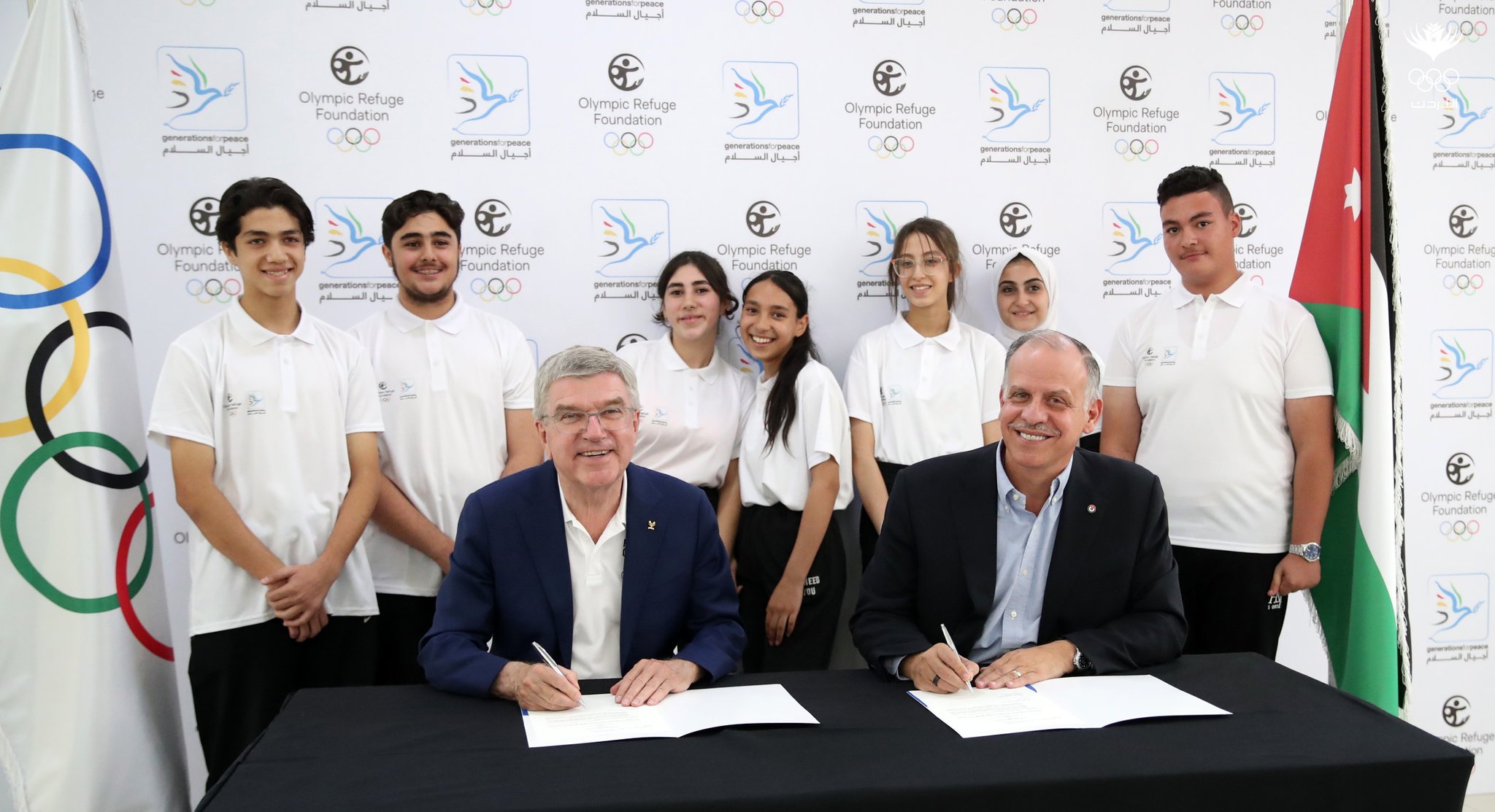 Bach and Prince Feisal signed an agreement announcing the renewed three-year partnership between the Olympic Refuge Foundation and Generations for Peace. This partnership will include more than 3,000 Sport For Protection activities for 15,000 youth who are affected by displacement in host communities across Jordan and the Za’atari and Azraq Refugee Camps.

“The IOC is committed to building a better world through sport. We work hard to promote sport and the Olympic values of excellence, friendship, and respect, 365 days a year, together with our 206 National Olympic Committees,” said Bach. 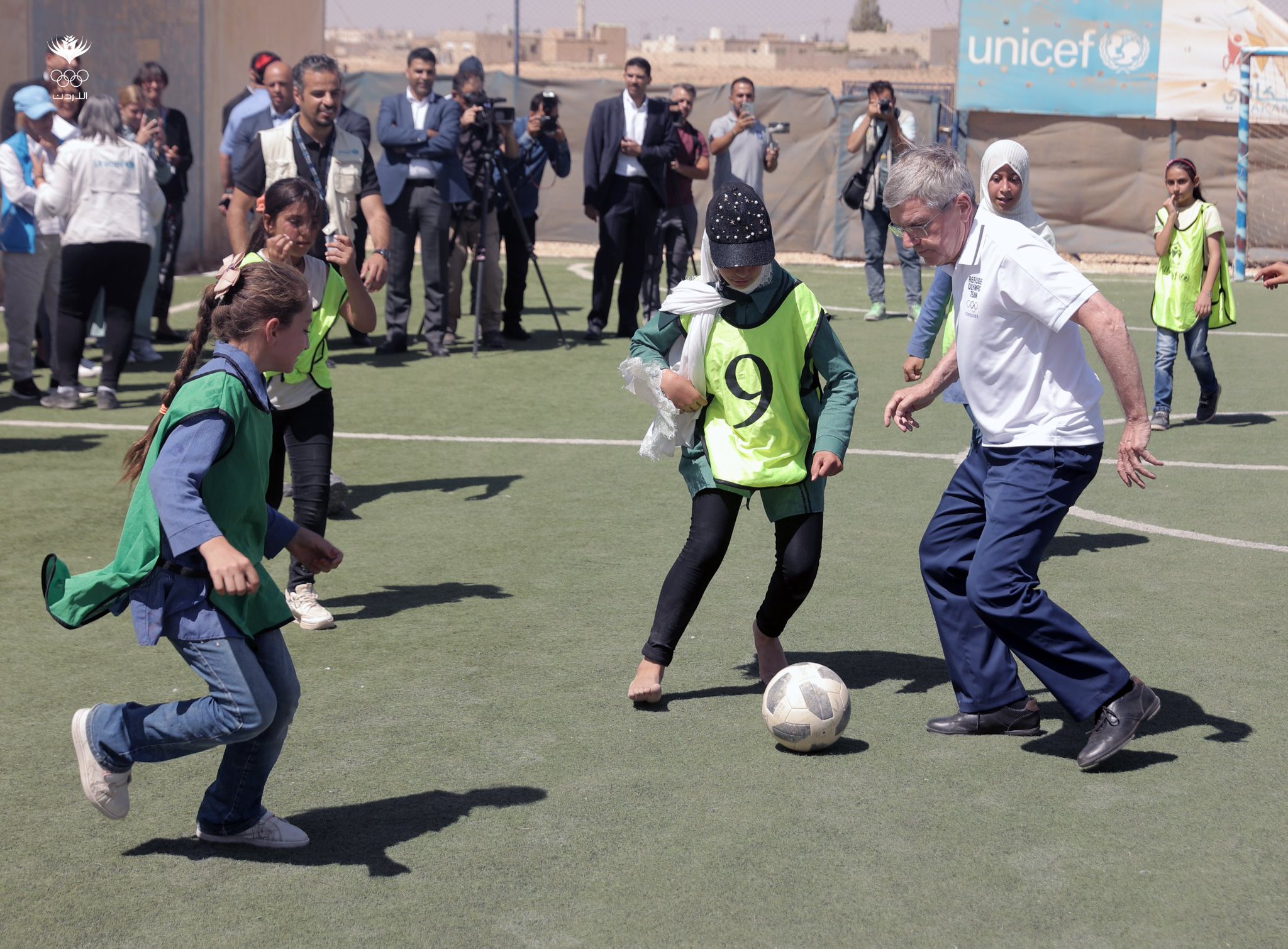 “Here in Jordan, host to the second-highest share of refugees per capita in the world, the IOC and the ORF are supporting thousands of young refugees and spreading the values of fair play, peace, and non-discrimination. Our renewed partnership with GFP is an integral part of the ORF’s strategic plan, which aims to reach one million girls and boys affected by displacement around the world by giving them safe spaces to practice sport specifically designed to support their well-being and enhance social cohesion.

“This is a great project, and it is a privilege to meet these young people. I look forward to seeing the positive impact that sporting activities will have on their lives over the coming years.”

Prince Feisal echoed the thoughts of Bach saying, “Jordan has never hesitated to open its borders to those affected by violent conflict. Time and again, under the wise leadership of my brother, His Majesty King Abdullah II, Jordan has proved its resolute commitment to harboring the affected and ensuring their safety, well-being, and inclusion. We commend the ORF and the IOC for their ongoing support to Jordan and their determination to offer programs that leave a lasting impact on our local communities.”