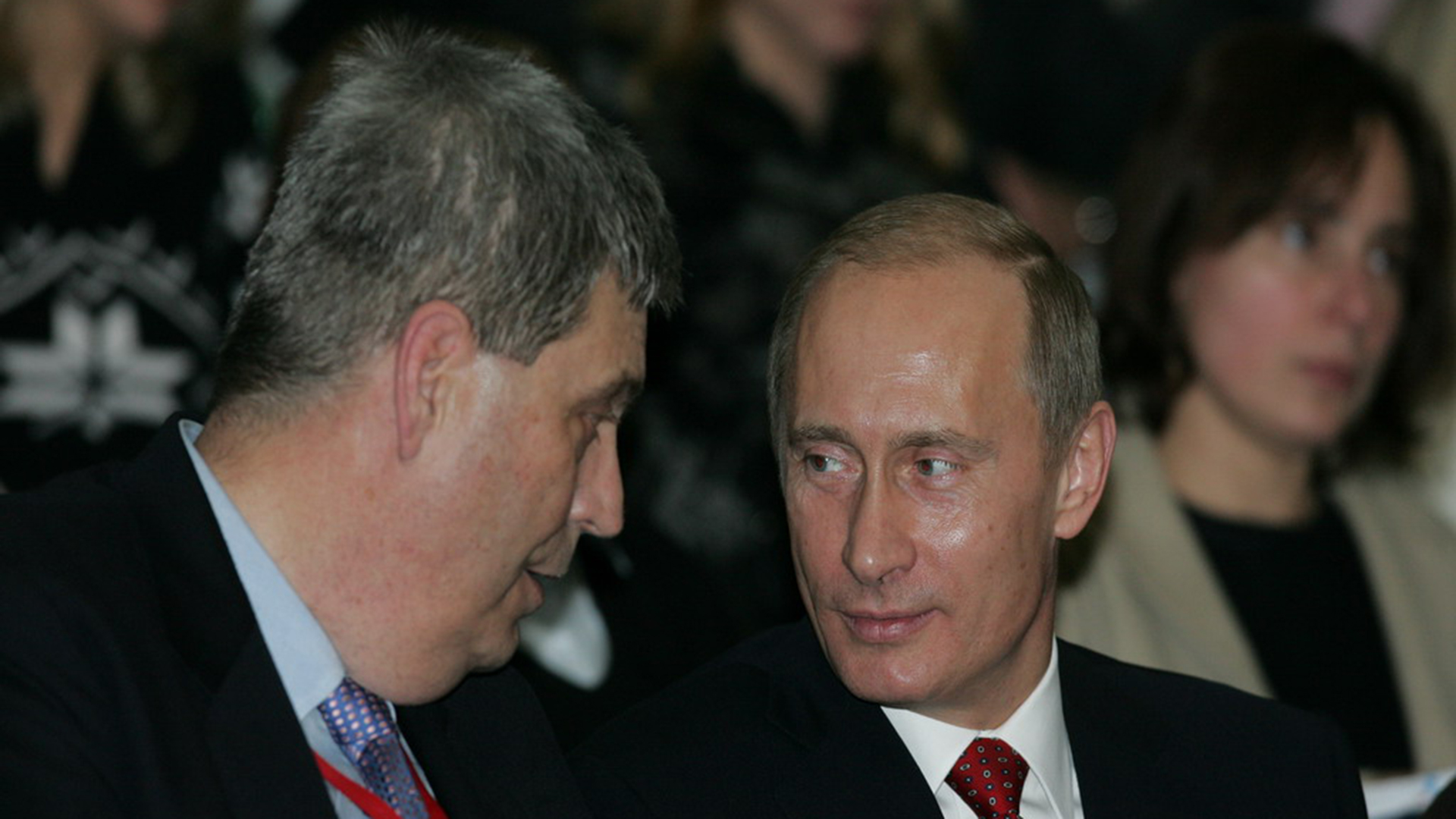 As much as anybody else who knows Vladimir Putin and follows his exploits, I am at a loss to explain why he would lead Russia into an abyss from which there seems no escape.

The catastrophe generated by Putin has dimensions that make sports anecdotal, we know, but in Around the Rings we deal with the relationship between sports and politics.

I’ve encountered Mr. Putin more than a half dozen times related to the Olympics. That’s more than any other world leader, past or present, except for Jimmy Carter and a few others. Our last meeting was eight years ago the day after the close of the 2014 Olympic Winter Games in Sochi, Putin’s official second home.

It was a brief meeting. We exchanged hellos as IOC President Thomas Bach played translator for Putin’s German. What struck me from that round of pleasantries was Putin’s cool and steady demeanor even as he plotted the final moves for the annexation of Crimea just three days later. The timing of that action was eerily similar to the onslaught he’s ordered in Ukraine, except that this latest attack is filled with dark consequences from which Russia might never recover. 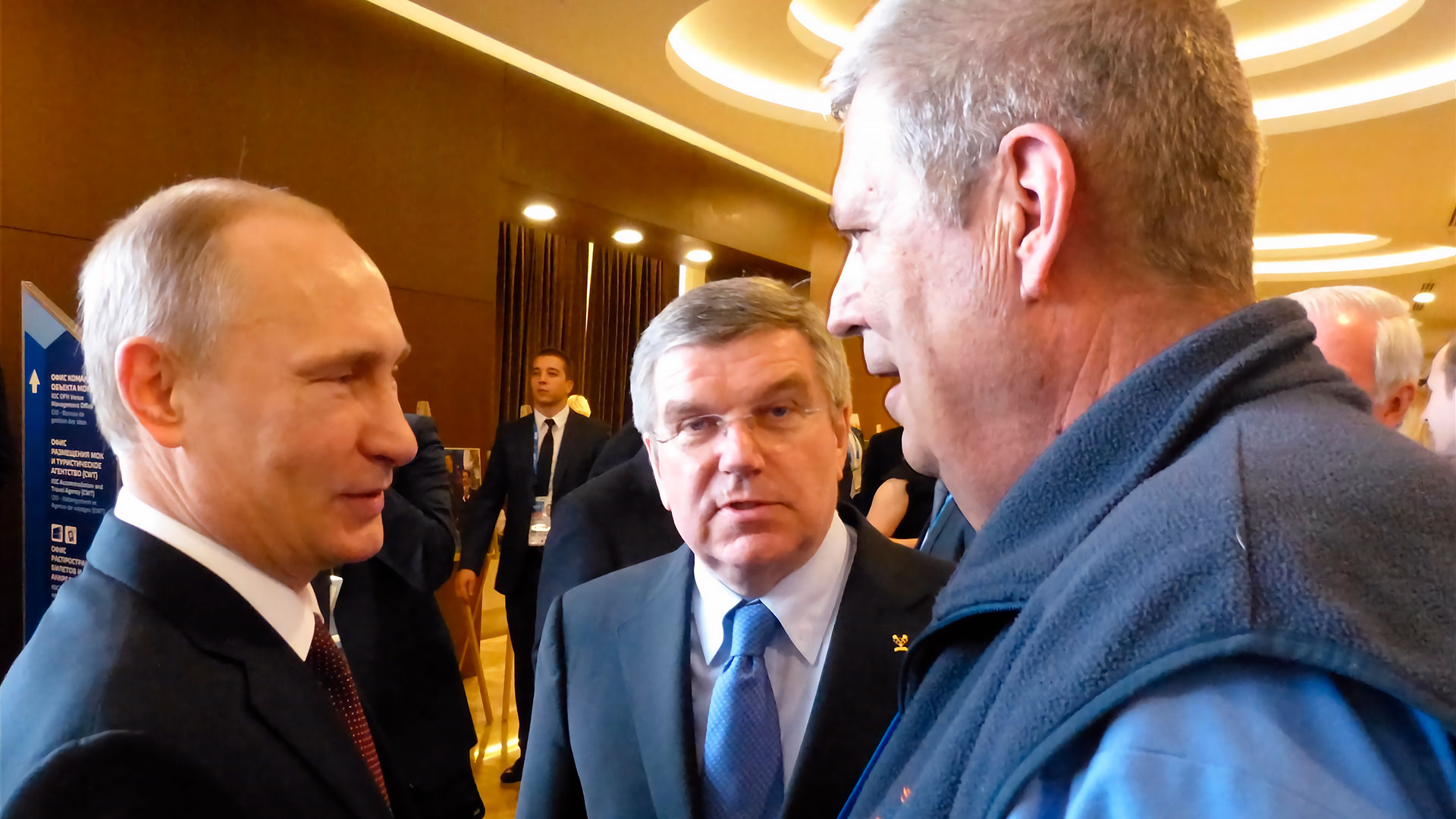 Puzzled by the enigma, I have sent a message to Putin spokesman Dmitry Peskov. I told him I wanted to ask his boss about the path he was taking Russia, especially as it relates to sport.

Should I get the chance, there are a few questions to cover.

Were you expecting the backlash on sport and the unprecedented rejection of Russia worldwide?

The IOC has never before acted with such ferocity to the political moves of a nation. Nearly every international sports federation is erecting blockades to Russia. The stunning reversal by the International Paralympic Committee that outright bans Russia and Belarus from the Winter Paralympics is the first scheduled event to get underway without Russia and its ally in Minsk.

What do you tell Russian athletes about their prospects for success in the aftermath of the Ukraine special military operation?

Russian athletes will find it difficult to compete internationally with financial sanctions, air travel restrictions and a ban on events in Russia that likely will last for years to come. Despite the cloak of sportsmanship and fair play that is supposed to be part of the Olympics and Paralympics, the animus against Russia could lead to ugly scenes on the field of play. 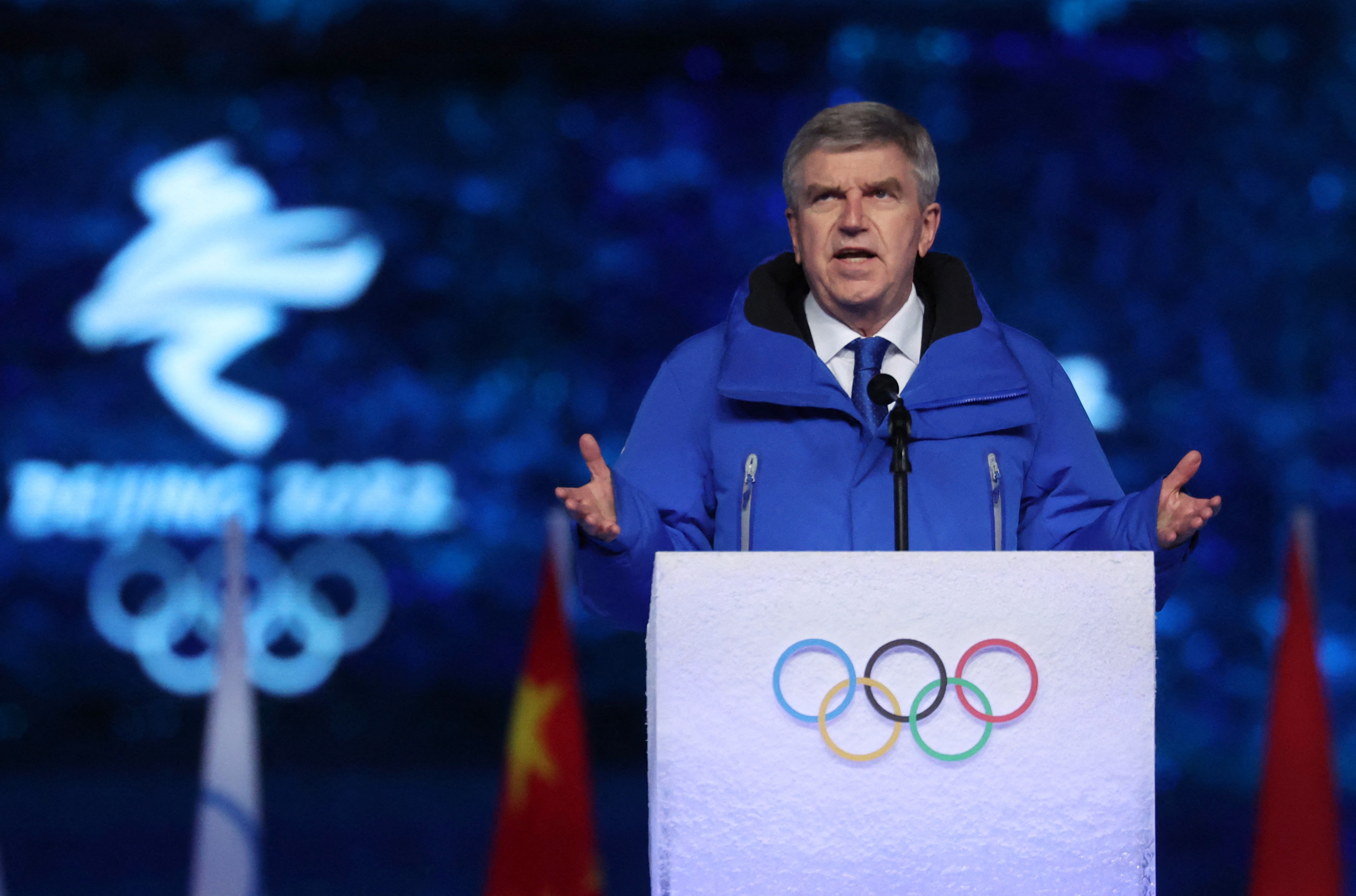 You and others in Russia have been stripped of the Olympic Order. The status of Russian IOC members is in doubt. What is your reaction to this unprecedented dishonor?

IOC President Thomas Bach and Putin met in Beijing on the eve of the Winter Olympics and were believed to have had a good relationship. But Bach was openly disappointed that Russia is at the center of the doping scandal in figure skating at the Games. Already under penalties for a trove of doping infractions from Sochi, Russia continues to test the patience of the IOC.

In another ignominious first, the IOC revoked Olympic Orders. The Executive Board this week withdrew the honors bestowed years ago on Putin, Sochi 2014 chief Dmitry Chernyshenko, and former minister for the Olympics Dmitry Kozak. Russia’s two IOC members, Tamil Tarpischev and Yelena Isinbayeva, so far appear to be unaffected by the IOC purge.

How will Russia restore its standing in world sport?

Without generous bids to make on world championships and other events, Russia will suffer diminished influence in the federations and other sports bodies for decades perhaps.

The ban on hosting international sports events is just one of the penalties Russia will pay for invading Ukraine. Alisher Usmanov has resigned as president of the International Fencing Federation. It remains to be seen what happens to shooting federation president Alexander Lisin, Umar Kremlev of boxing and Oleg Matytsin of FISU. Matytsin is also the Russian sports minister.

Even the International Judo Federation has joined in snubbing Putin, an accomplished judoka. While Putin’s portrait might still hang in IJF headquarters, he has been suspended as honorary president. Note suspended. It is also worth noting that the IJF refers to a “conflict” rather than an invasion; so far it may be the only federation still planning to let Russian and Belarusian athletes compete under its flag.

No Olympic bid from Russia for many years to come?

Putin had harbored hopes of bringing the Summer Olympics back to Russia, maybe to his hometown of St. Petersburg in 2036. Now Russia may be excluded as an Olympic host for generations to come.

Have you considered the possibility that Paris 2024 could be in danger?

A protracted situation in Ukraine may infect other European countries and bring a breakdown in security on the continent. War in Europe led to the cancelation of the 1940 and 1944 Olympics. Unthinkable six months ago, a repeat of history for Paris now seems like a grim possibility.

How will the people of Russia react to the nation’s sudden fall from sporting grace?

Sports heroes are woven into the history of Russia. We already know that no new ones will emerge from the Paralympics or the upcoming figure skating world championships. Likewise for ice hockey, which has excluded Russia and Belarus from the May world championship in Finland.

In the meantime, I await word from Mr. Peskov.

Mr. Putin, the world of sport is looking for answers.