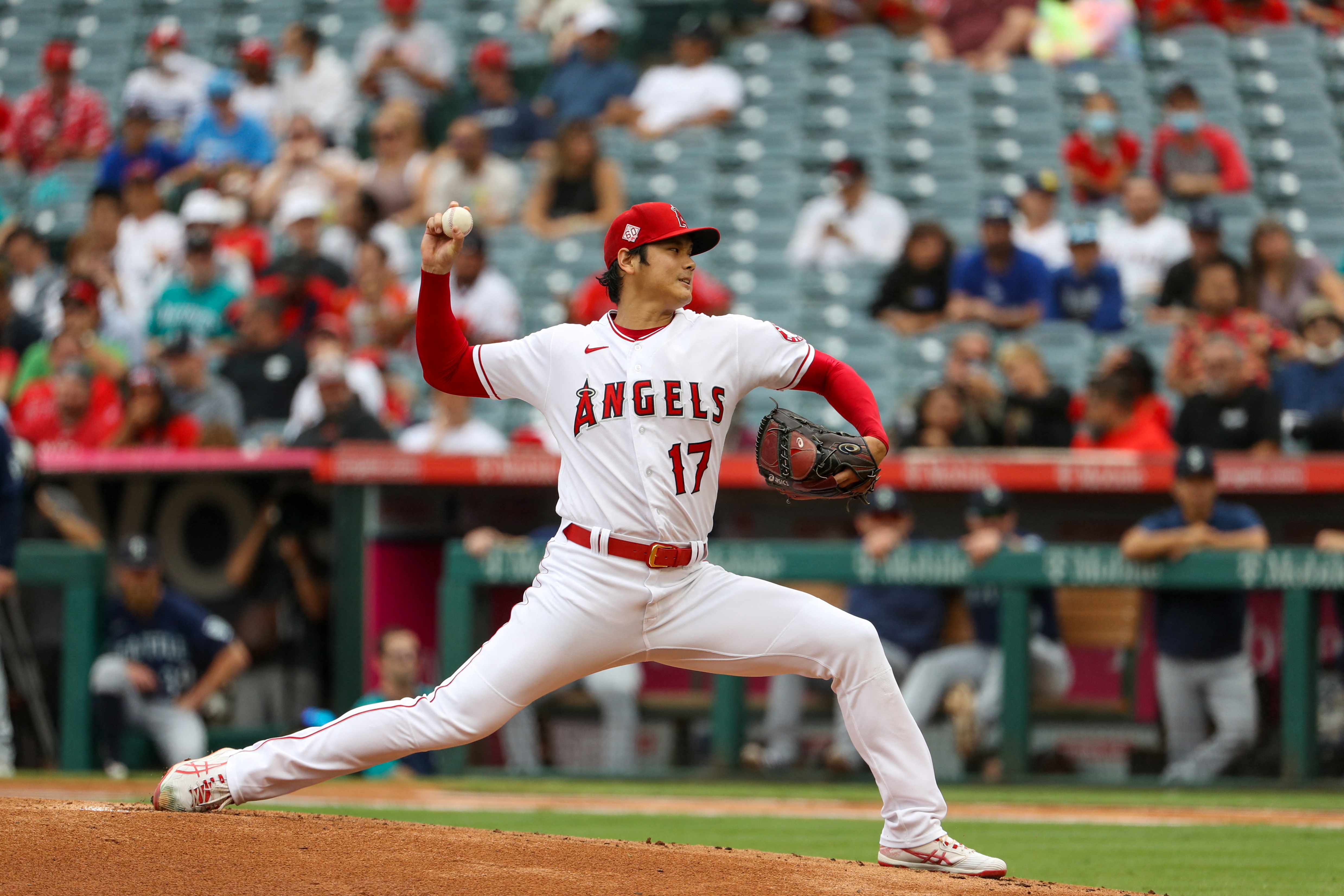 Details are still unknown about the format of the competition and whether it could attract clubs from the U.S. Major Leagues and other professional leagues such as Japan, South Korea and Chinese Taipei / Kiyoshi Mio-USA TODAY Sports/File Photo

A World League of Champion Clubs: that is the most recent project of the World Baseball and Softball Confederation, and the plan is to start operating in 2023.

The new competition would have a format similar to the European Champions League and a promotional tournament would be organized in 2022.

“The WBSC is working to make baseball global and not just at the national team level. We want to do something similar to what happens in soccer,” said the president of the international federation, Italian Riccardo Fraccari.

Fraccari made the announcement during his recent four-day trip to Havana, Cuba.

Details are still unknown about the format of the competition and whether it could attract clubs from the U.S. Major Leagues and other professional leagues such as those of Japan, South Korea and Chinese Taipei.

The best-known international baseball tournament at the club level in the Americas is the traditional Caribbean Series, founded seven decades ago by the Caribbean Confederation of Professional Baseball. The organizers of this event have yet to comment on the WBSC initiative.

The Caribbean Series annually brings together the champions of the winter tournaments of Mexico, Puerto Rico, Venezuela and the Dominican Republic, plus two occasional or permanent guests.

At the moment, Colombia and Panama have this last status, after the exclusion of Cuba at the beginning of 2020 due to bitter disagreements with the president of the CBPC, the Dominican Juan Francisco Puello.

Fraccari arrived in Havana to attend the commemoration of the 60th anniversary of the National Series established in 1962, after Fidel Castro decreed the elimination of professionalism. However, his main purpose was to reactivate projects and agreements with the State Institute of Sports (Inder) and the Cuban Federation, some of them designed before the scourge of the world pandemic.

Cuba received this WBSC delegation after a fateful season marked by its historic elimination from the Olympic tournament in Tokyo, a record number of desertions in international tournaments, and a constant flight from the island, through a safe and legal migration, of adolescent and youth players with their minds set on the U.S. sports system.

The supposed contracts with their respective clauses, promoted more than a decade ago by the sports authorities to be signed between athletes of different categories with high performance entities within Cuba, have become a dead letter, according to current events.

Last September, 12 players left the Cuban national team during the WBSC Under 23 World Championship in Ciudad Obregón, Mexico. Never before had such a stampede been recorded. According to undesirable statistics in the Cuban sports scene, this mass escape in a tournament equaled the “record” of 12 Cuban soccer players in a Concacaf U20 tournament in Tampa, Florida, in November 2018.

Although at the time the WBSC did not allude to the negative event, now Fraccari brought it up on his Havana agenda. 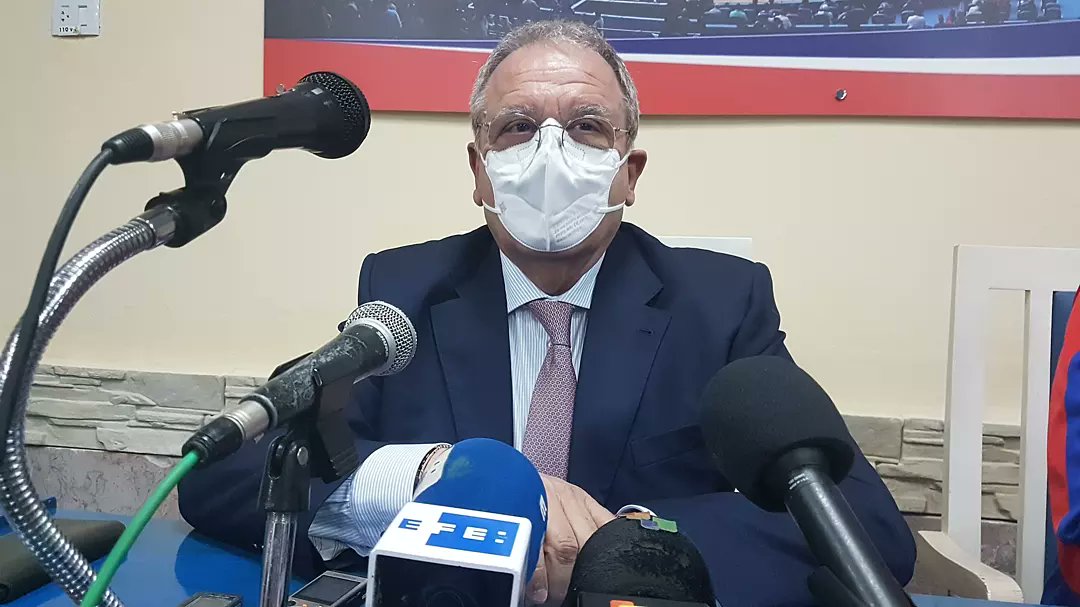 Riccardo Fraccari during his Cuba visit

“We analyzed what happened at the Under-23 World Cup where half of the team stayed. We talked with the management of Inder to increase the number of players in professional leagues and then they can return to represent the country”.

This time the Cuban interlocutors were others since in October 2019, in his previous visit, Fraccari was attended by the president of the Cuban Federation Higinio Velez, and the national commissioner Ernesto Reynoso, both dead for the Covid-19 in 2021.

On that occasion Fraccari had signed an agreement with Cuba for the WBSC to be the “international agent” mediator of the contracts of players and coaches of the island in clubs of other professional leagues in the world, with the exception of Major League Baseball in the United States.

Even, already at the end of 2019, Around The Rings learned that the WBSC had managed the insertion of some Cuban players in the Mexican professional league.

“Now,” said Fraccari before leaving Havana, “we have the conditions and the perspective to change some things. Cuban baseball deserves to return to the top of the international scene. It won’t be a one-day thing, but I see conditions, will and budget to act with a detailed strategy”.

Questioned on how to deal with the never-ending departure of baseball players from Cuba, Fraccari maintained that “it is a difficult issue” and insisted on the possibilities of players fulfilling their duties in Cuba and playing in leagues in other countries.

Fraccari alluded to those avenues in view of the interruption by the U.S. government of the agreement between the MLB and the Cuban Federation signed in December 2018 and canceled in April 2019.

The Italian executive referred to “a legal plan” for the representation and protection of athletes through the WBSC, for which, he said, joint work is lacking, but there is the willingness of several leagues, something already discussed two years ago.

Fraccari defended his proposal to return to the Olympic program in Los Angeles 2028, to play the games in seven innings, which would reduce the number of participants and the duration of the games. This format has already been tested at the Women’s World Cup in Viera, Florida, in the summer of 2018 and at other lower-level events.