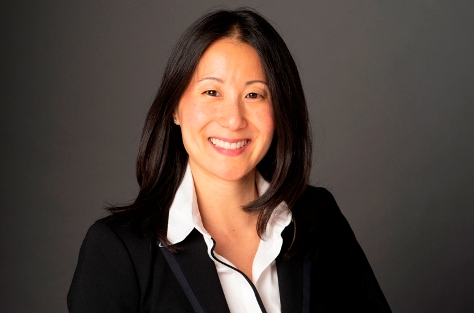 (ATR) The new CEO for USA Gymnastics says she will keep the governing body from crashing under the weight of a massive sex abuse scandal.

Li Li Leung will take over March 8 as president and CEO, the fourth person to hold that title in the past two years.

"We now have an opportunity to look forward and move forward," Leung said at the open of a teleconference with reporters just hours after she was named to what she admits will be a challenging assignment.

The organization filed for bankruptcy at the end of 2018, allowing USA Gymnastics to come to terms over the lawsuits it faces from the victims. With $75 million already on the books to cover settling the lawsuits, that bill still could more than double say some observers.

Leung, currently a vice president with the NBA, comes aboard as the national governing body deals with the aftermath of the abuse carried out against hundreds of athletes over the years he served as the doctor for the U.S. team. Nassar is in prison on an array of charges that will keep him locked up for the rest of his life.

In her youth Leung was a competitive gymnast, including a spot on the junior U.S. Pan-American team in 1988. She says that background led her to USA Gymnastics.

"This is much more than a job to me. It’s a personal calling. Gymnastics has been a part of my life since I was a young child and I am deeply committed to the sport. I have the experience, passion, determination and perspective to do what it takes to rebuild the organization," Leung said.

Along with a pledge to change the management of USA Gymnastics, decimated by fallout from this two-year saga, Leung says reaching settlements with the victims of the Nassar scandal is her priority.

Leung says attention to safe sport will become a significant part of the new management at the NGB. She promises that the welfare of athletes will be at the center of the new culture for the headquarters in Indianapolis.

Leung, along with USA gymnastics chair Kathryn Carson, is speaking already with U.S.Olympic Committee CEO Sarah Hirshland. The USOC has initiated proceedings to sever the membership of USA Gymnastics. For now that move is on hold while the bankruptcy filing by USAG is pending in court.

Carson says that despite the substantial legal costs still ahead, the finances of the NGB are stable. She says the bankruptcy filing will have an overall positive impact on the financial condition of the organization.

USA Gymnastics has felt the sting of the loss of all of its blue-chip sponsors in the past year. Quitting as a result of the scandal: Under Armour, AT&T, Kellogg, Procter & Gamble, and Hershey.

Leung says that USA Gymnastics "must get its house in order first" before seeking new sponsors. She says a robust sponsorship program will be mounted once the credibility of the organization is restored.

"I have bled, I have sweated. I have cried alongside my teammates. It breaks my heart to see the state the sport is in today. That is why I stepped forward," Leung told reporters.