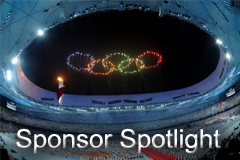 A police inquiry could be next for John Scott, who resigned Monday as CEO of the Glasgow 2014 Commonwealth Games, admitting he accepted a gift from a potential sponsor.

Neither the gift nor the potential sponsor has been identified.

"John was largely responsible for setting the OC’s high standards of governance and he felt he could not continue in his role as Chief Executive under the circumstances," Glasgow 2014 chairman Robert Smith said in a statement.

"Now we must look to the future … We are on track and on budget and do not intend to let the pace of our preparations drop."

David Grevemberg, chief operating officer, will take over until a permanent CEO is selected.

Beverage Digest first reported on June 24 that the Charlotte, N.C.-based Coca-Cola Consolidated and Coca-Cola Refreshments, a division of Coca-Cola, both sent letters to customers indicating that the prices would rise in July.

According to the trade publication, the price is increasing due to the rising cost of commodities such as oil, aluminum and corn.

Cisco Has Big Plans for London 2012

Neil Crockett, managing director of Cisco London 2012, says that the Games’ network infrastructure will be 30 times greater than the Beijing Olympics.

In an interview with Computing, Crockett talked about the Cisco’s plans for the Games as the official network infrastructure partner.

"The network needs to be different this time, and not just with regard to performance, but it needs to be a lot more intelligent in terms of managing application traffic," said Crockett.

He added the more intelligent system would be needed to deal with the high number of expected videos, both commercial and personal.

Cisco just finished the first testing phase at Wimbledon and will have more than 20,000 hours of testing before the Games, said Crockett.

Crockett also told Computing about the company’s efforts to build the network infrastructure industry in London.

"We are trying to get kids involved in developing interesting skills for our business; this is important, considering we are 60,000 short in our industry of people with the right skills," he said.

To do so, the company is building two innovation centers,one in the Olympic Park and one in the neighborhood of Shoreditch in east London. Cisco will also host a competition where high-tech innovators will vie for financing and mentoring.

Universal Sports and Infront Sports and Media announced an exclusive media rights agreement for the International Ski Federation (FIS) World Cup events that will start in 2011-12.

All alpine skiing, ski jumping, cross country, Nordic combined, snowboarding and freestyle events, 200 per season, are covered by the agreement that will go through 2015-16.

"The agreement with Infront allows our network to continue bringing multi-platform coverage of the FISWorld Cup events to millions of winter sport enthusiasts across the U.S.," said David Sternberg, CEO of Universal Sports.

It includes live and delayed coverage for television, radio and internet. Through the deal, Universal Sports also acquired the license for three programs, Snowboard, Freestyle and Alpine Skiing.

"The prolonged agreement with Universal Sports ensures that the extensive US audience is connected to the FIS World Cup events on a long-term basis. Universal Sports has acquired the rights to transmit an impressive 1,000 events to TV screens across the country over the next five years," said Marty.

Ezdan will provide 1975 units with facilities such as a gym, pool, basket ball and tennis courts, offices, mosques and meeting rooms.

The company will accommodate 1000 athletes and officials in September and October for a test event for the Games. About 8000 athletes will descend upon Doha for the 2011 Arab Games.

"Our aim is to raise the bar high and spotlight the region as a whole to the sports world and beyond. We’re proud to be paired with Ezdan Real Estate, a Qatari brand that is synonymous with the high levels of service and excellence," said Saoud Bin Abdulrahman Al Thani, the Qatar Olympic Committee secretary general and chairman of the Arab Games Organizing Committee.