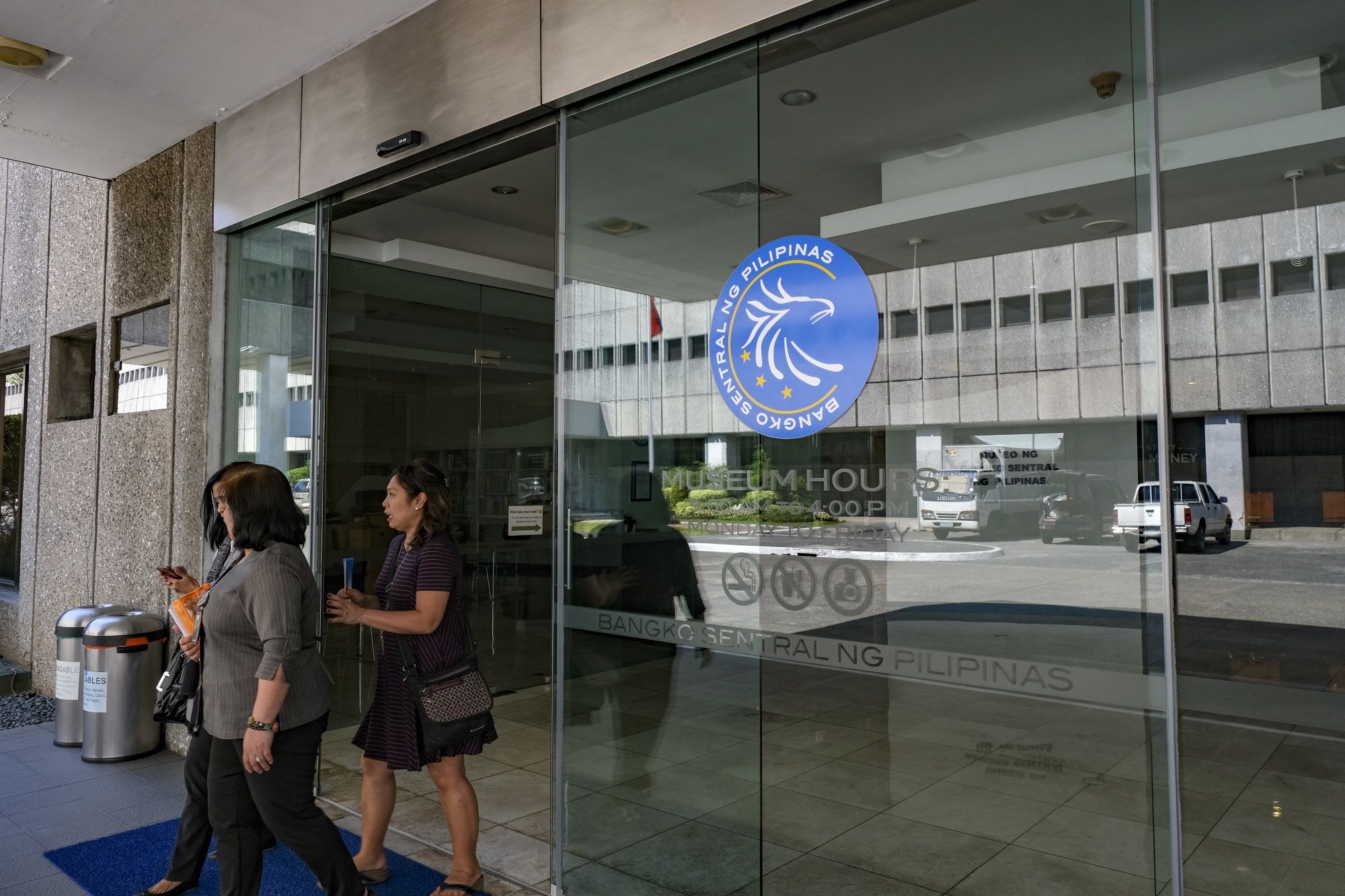 People exit the Bangko Sentral ng Pilipinas headquarters in Manila, the Philippines, on Thursday, Feb. 7, 2019. The Philippines central bank left its benchmark interest rate unchanged for a second straight policy meeting, while cutting inflation forecasts for this year and next. Photographer: Veejay Villafranca/Bloomberg

(Bloomberg) -- The Philippine central bank is ready to help further support fiscal spending, its governor said, as the government can unleash targeted measures to help the economy through the pandemic.

“Monetary policy isn’t the only the game in town, there’s a role for fiscal policy,” Benjamin Diokno said in a virtual briefing Thursday from Manila. “The good thing about fiscal policy is they can really target who can benefit from fiscal spending and tax cuts.”

Bangko Sentral ng Pilipinas has taken the lead in efforts to protect the economy against the pandemic, cutting rates and providing loans to the government, which has avoiding outsized spending packages to preserve its sovereign-credit rating.

“Should they need more funding, we are here to assist them,” Diokno said.

The government can still tap as much as 280 billion pesos ($5.8 billion) in central bank support for the budget under a pandemic-relief law passed last year, he said. That’s on top of a 540-billion peso no-interest loan the central bank approved last month.

Diokno said last week the bank’s key interest rate will likely remain on hold at least through the first half of this year, though there could be some space to ease banks’ reserve requirement ratios.

The government’s budget deficit, which more than doubled in 2020 to 7.5% of GDP, will remain elevated through 2022, Diokno said. Loose monetary policy -- including the central bank’s liquidity and bank relief measures -- will remain for as long as needed, he said.