Masters spoke to Around the Rings in an interview following recent leg surgery. Now back on the road to recovery, Masters talks about her ambitions to medal in cycling after the disappointment of a fourth place finish at Rio 2016. She also discusses her persistent advocacy for greater representation of women and Paralympians in sport; particularly a new ‘Watch Me’ mural campaign for which she’s partnered with Secret, an antiperspirant/deodorant for women manufactured by Procter & Gamble.

Born in Soviet Ukraine in 1989, Masters had significant birth defects to her limbs and a few of her organs due to radiation from the Chernobyl disaster. She was adopted from a Ukrainian orphanage at age 7 and moved to the United States. Following the amputation of her legs, she started her sporting journey in adaptive rowing, and has since represented the United States in four sports across four Paralympic Games between 2012 and 2018.

ATR: First of all – how have you been doing? How has the recovery from surgery been for you over the past weeks? Have you been able to get back to your previous levels of training? 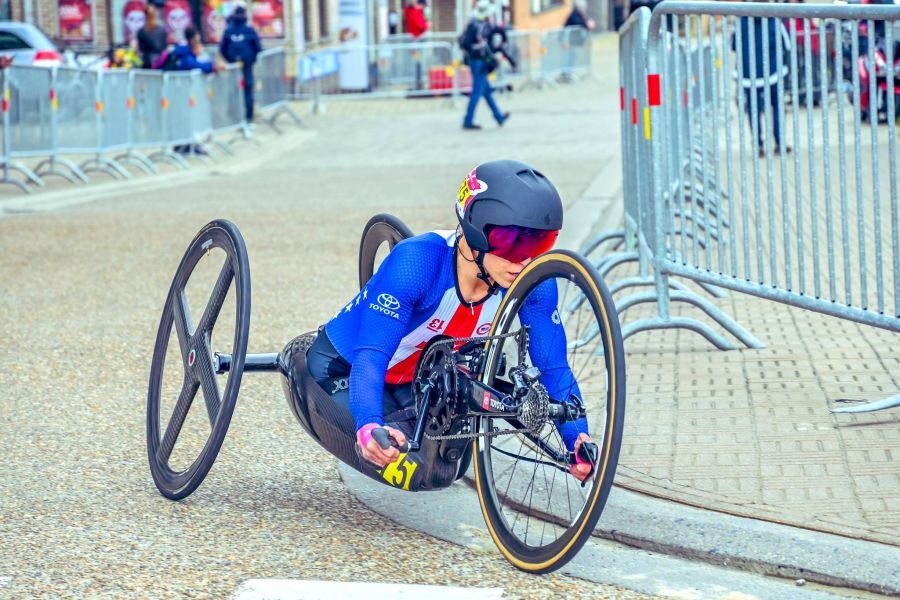 Oksana Masters: I am definitely doing so much better than I was six and a half weeks ago. It feels so good – I never thought I’d ever love being back in my bike doing rides again, being back in the “pain cave” as much as I do now. Recovery’s going good; obviously as an athlete I want it to be overnight, but things don’t happen overnight, it’s about being smart. I definitely feel like I’m ahead of where I or my coach expected, and it’s really exciting.

ATR: What do you think your chances for victory at Tokyo are? Have you learned anything from your competition at Rio in 2016 that has made you better prepared this time around?

OM: Actually, what a lot of people don’t know is that every time I’m on the bike, I replay that last 10 minutes of the road race in Rio in my mind, where I got fourth by a fraction of a second. Because why it drives me crazy is: I knew exactly what I did wrong and I wish I didn’t do it. I’m really excited to go to Tokyo, not only to right that wrong... but also as a grown cyclist with more experience and equipment dialed in. And also, to represent females in cycling, specifically hand cycling, because it is such an underrepresented sport and category.

ATR: You’ve been involved recently with Secret’s ‘Watch Me’ campaign to address the lack of representation and funding of women’s sports. Do you see those issues improving in recent years, and what steps would you like to see sports governing bodies take in order to do better? 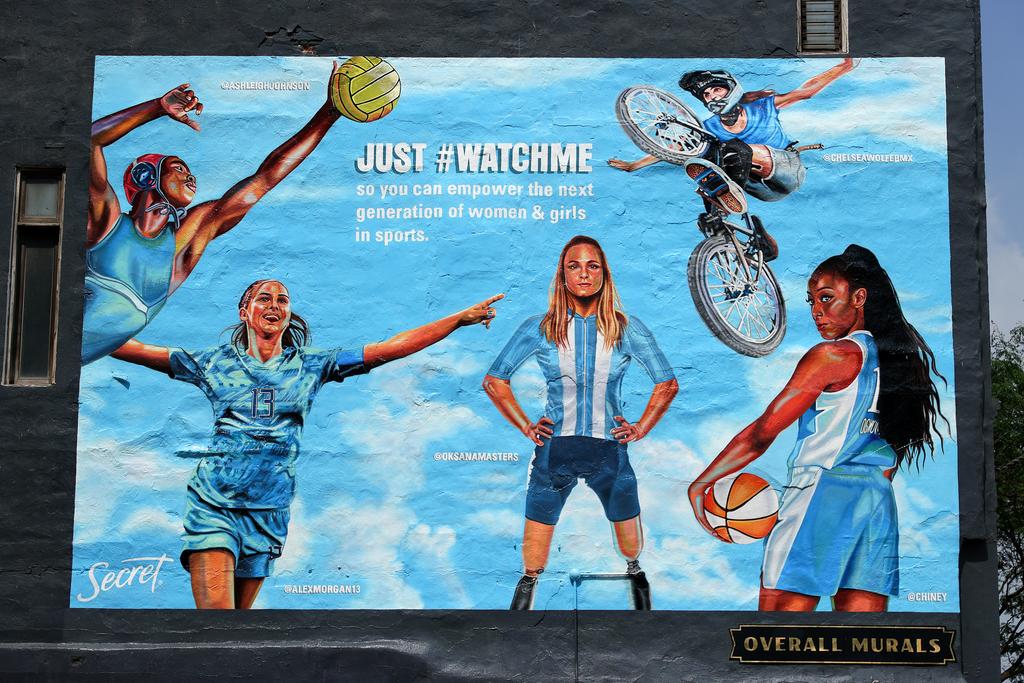 OM: I think the biggest thing is representation. This is something that is such an easy thing to fix right now and a step that we can all take. Secret is leading the way in this with their mural projects in New York City, Atlanta and Philadelphia as part of their ‘Watch Me’ campaign, featuring such a diverse and amazing group of women that I’m just so proud to be a part of. And that’s what it’s all about – it’s representation. You have to see it, you have to be able to get eyes on it, and the more people are seeing women in sports, the more they’re going to follow.

ATR: So, do you think that once there’s more representation, more people seeing you competing and winning, that funding and all of that will follow? Is there any specific policy you’d like to see perhaps from sports governing bodies? Or is it really more about giving women an equal playing field, making sure that people can follow them and see them like with our most famous athletes?

OM: I can speak to being female as a Paralympic athlete, which is so underrepresented. My journey to the Paralympics was so long; I didn’t find out about it until 2008 and I didn’t make that team. It wasn’t until 2012 that I started growing as an athlete because that representation wasn’t there [before]. There really aren’t policies that need to be put into place as far as getting more eyes and growing the awareness of it. And it’s not about just promoting successful women who are accomplished or gold medalists – I feel that representation at all levels for all women and girls is very important. Every girl especially needs to see themselves in different roles: as an athlete, as a coach, involved with sports... That’s just the first step that we can take, and it’s the first step that Secret is doing. It’s just the beginning and I’m really excited to be part of that.

ATR: You have had such an accomplished career, with medals already in three different Paralympic sports – you’ve done pretty much everything that someone in your space can achieve. What motivates you to keep competing and keep challenging yourself in different disciplines? 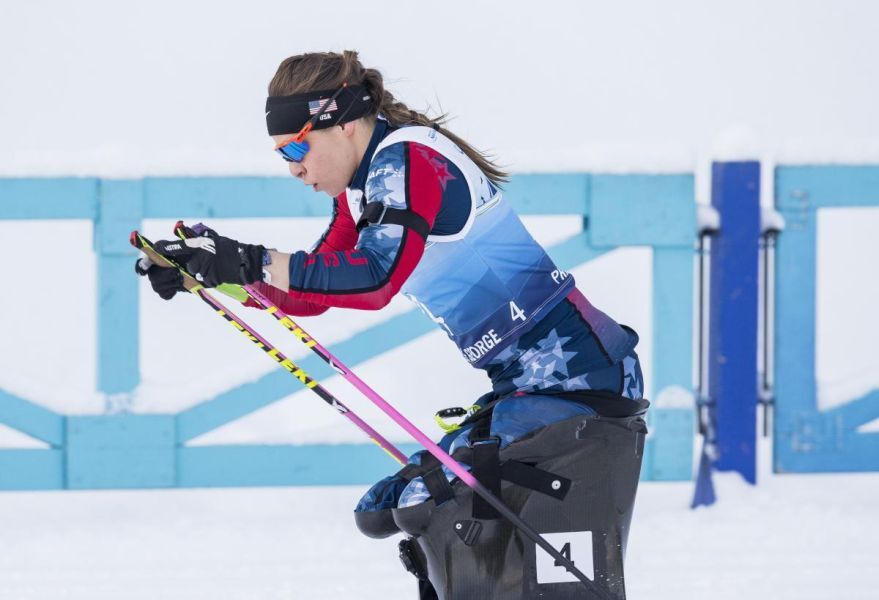 OM: It’s honestly that next little girl. What’s pushing me is wanting to create an opportunity – I had to break down all these bricks and walls to be able to be an athlete, and start thriving as an athlete – where the next generation of girls don’t have to break through this wall. Where they can just walk into the world of sports and be successful and able to provide for themselves. One of the examples is this young girl; I’ve known her since she was 16, she’s 18 and just getting into Paralympics. She’s just like me, a double above-the-knee amputee. And seeing that excitement and new passion in her eyes, that moment is what inspires me to not just win these medals, but leave a legacy of what is possible for all women and all girls.

ATR: Virtual sports have become a major focus of sports federations in recent years. The first IOC-sanctioned virtual sporting event, the Olympic Virtual Series, recently wrapped up, and some federations are starting to officially recognize virtual events. Do you see virtual sport as an opportunity for Paralympic athletes to level the playing field, or as something that takes away from traditional sport, or what are your broader thoughts on more sport going virtual?

OM: I think it’s a very interesting concept, I mean I love games, I’m very competitive. It’s definitely different, but I think the cool thing about virtual sports as far as Paralympic athletes is you can adapt controllers, things like that have been done, and be on that level playing field... What I’m trying to do for the next generation of Paralympic athletes is to make sure the Paralympic movement as a whole grows and doesn’t get clumped into one thing. Because it is a beautiful thing knowing that virtual sports is creating a level playing field regardless of what body you have. At the same time, so is celebrating the fact that “hey, I have no legs and I’m riding a bike, and I’m really fast at it as much as a person with legs”. There are so many different ways to adapt things and make things happen. It’s definitely an exciting, intriguing concept that the virtual world is moving towards.

ATR: There are many people out there who want to be highly accomplished or the best at what they do, but are held back because of life circumstances. As one of the relative few who have “made it”, what advice would you give to someone, athlete or non-athlete, who has goals they feel they can’t achieve because of adversity? 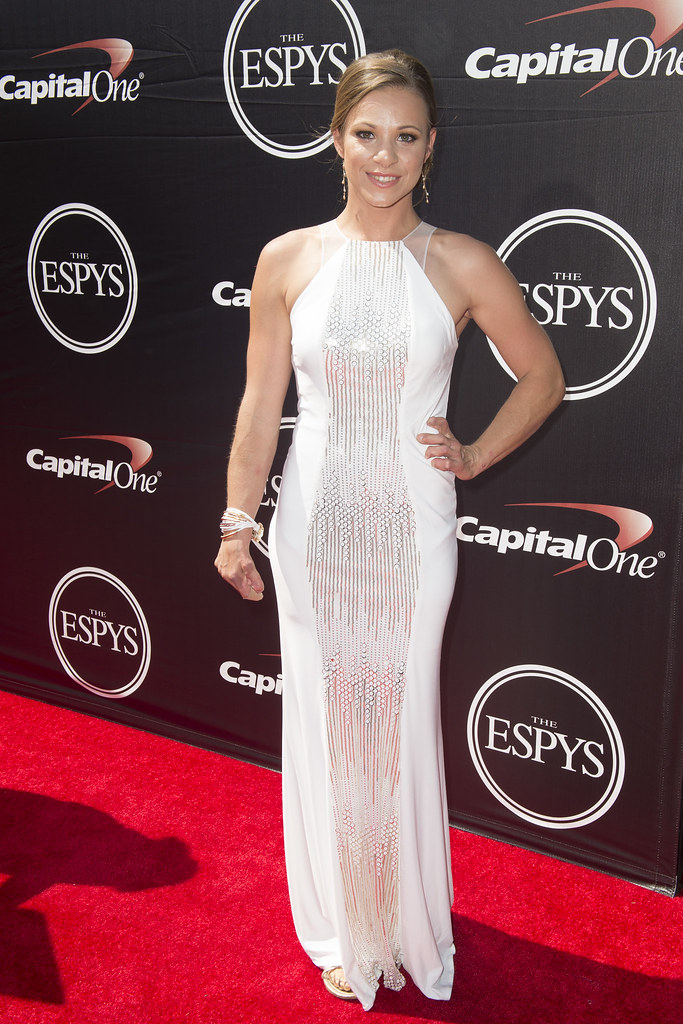 OM: I think that’s the cool thing about these murals in Secret’s ‘Watch Me’ campaign, some of them are being put in communities that are underrepresented or don’t have as many resources. Just seeing something and being inspired by it... And also, never let outside noises in society determine what you can be and who you can become regardless of what you have or don’t have. For me, I didn’t have that representation, I didn’t have that person that came from my story, my background that was in the role I wanted to see myself in. I sweated about everything, about what people thought about me, and really made it hard for myself to see opportunities that were there that I didn’t allow myself to fully see. Ignore the outside voices, see things and believe in yourself that anything is truly possible.

The continental track and field meet, however, is garnering little attention outside the host country

Olympic dreams have reached a fever pitch for American football, as sport pursues a place under the five rings ahead of the LA28 Summer Olympics.