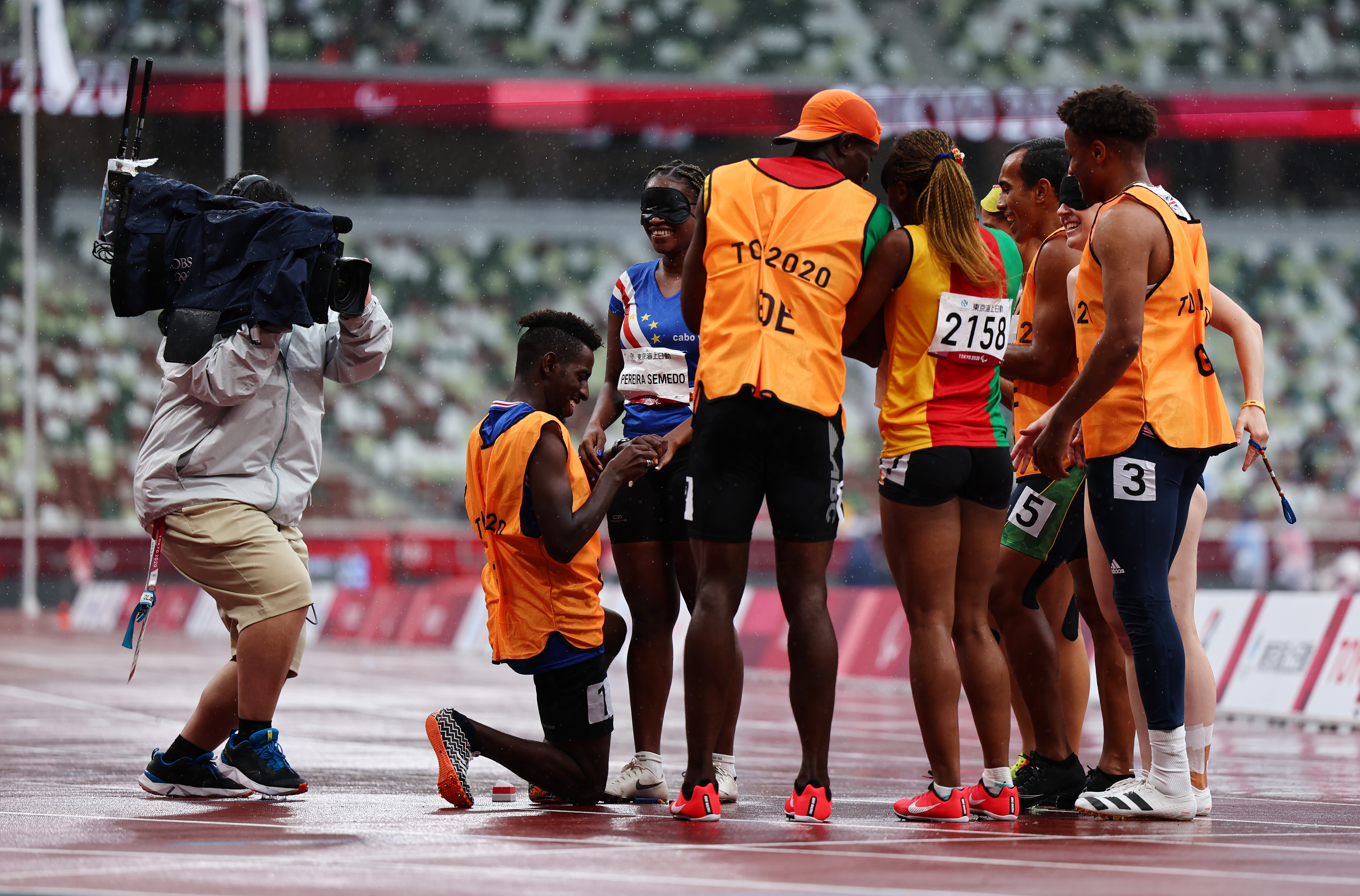 TOKYO - Cape Verde sprinter Keula Pereira Semedo will leave Tokyo 2020 as a Paralympian and with her marriage to plan after saying ‘yes’ to her partner and race guide Manuel Vaz da Veiga following their run in the women’s 200m T11 event on Thursday.

Visually impaired Semedo, 32, who took up the sport at the age of 15 and relocated to Lisbon in the early 2010s, finished fourth in her heat in the morning session having also ran in Monday’s Women’s 100m T11 event where she finished in the same position.

Manuel Vaz da Veiga took his opportunity post-race on the finish line with the whole world watching to go down on one knee and propose to his partner in one of the most heartwarming moments at Tokyo 2020.

“I really have no words (for it), there are so many emotions all together,” said a stunned Semedo.

“Just the fact of being here at the Paralympic Games. I hardly felt my legs actually because I was so nervous.

“Now, with the proposal there’s just too many emotions going on right now. I don’t have words to explain how I feel at this moment.” 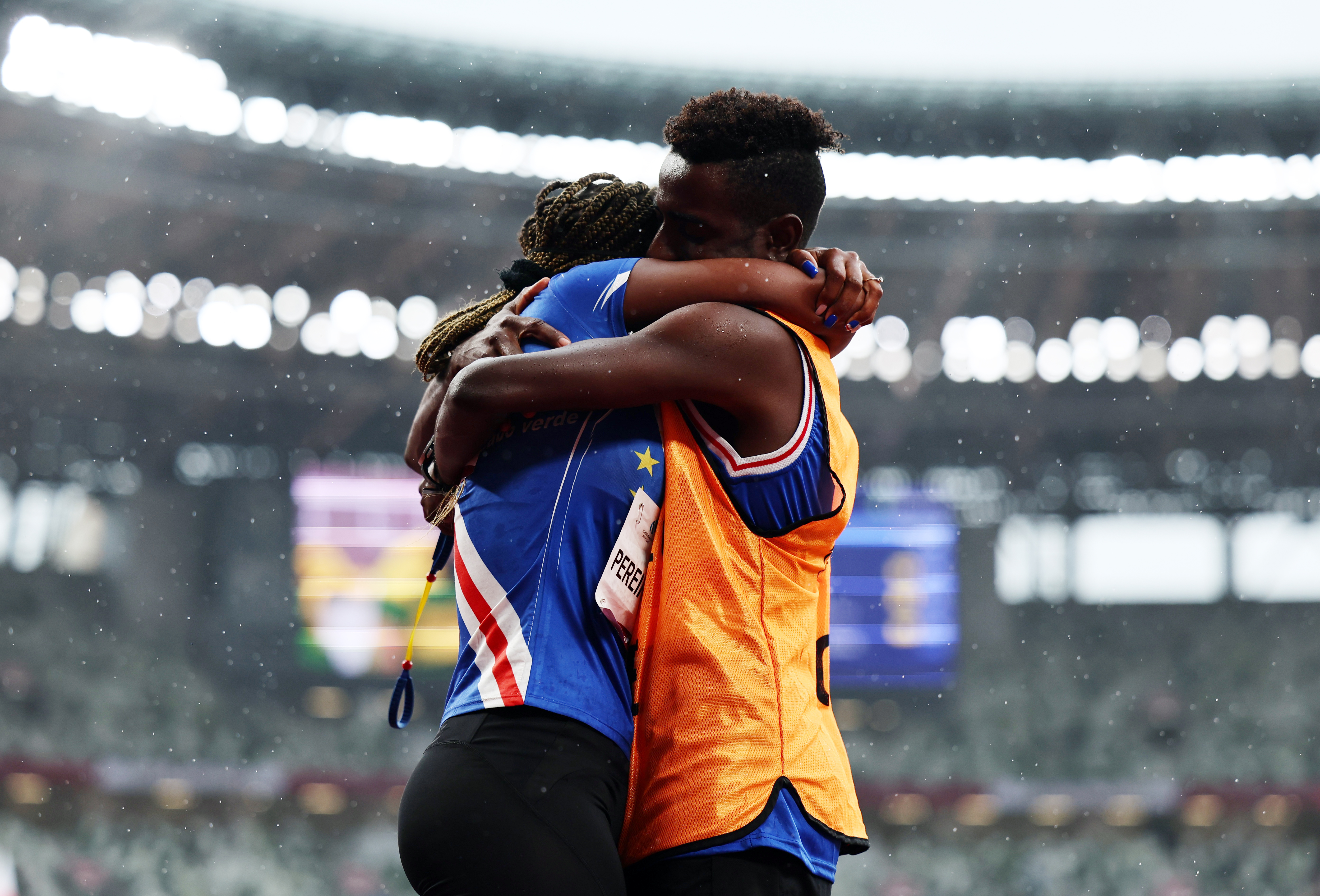 Semedo described how she thinks her family will react to the news.

“I’m not sure if any of my relatives already knew because I did not know. But I am sure our parents will go crazy. They will like it.

“I am sure my mum will be very happy because she always wanted me to get married.”

The long-time sprinter was considering retiring after Tokyo 2020 but now feels reinvigorated and is aiming for Paris 2024. 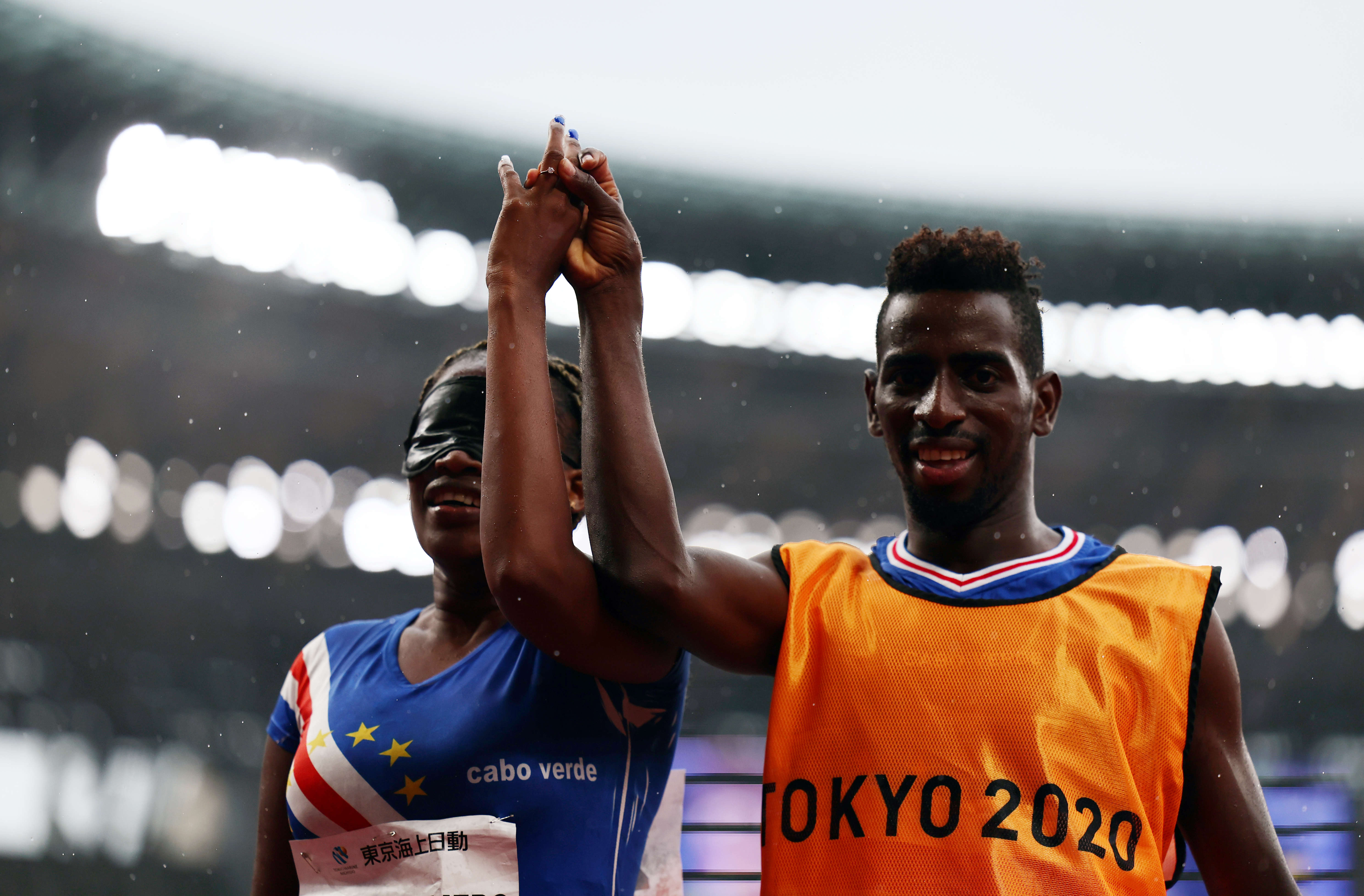 “These were my first Paralympic Games and with my age and speed I was actually thinking about stopping afterwards.

“But now I have an additional motivation to carry on after the Games, always with him by my side.”

Semedo’s fiancée Vaz da Veiga explained why he decided to make an emotional proposal on the track on the biggest stage of their careers.

“Because this (an athletics stadium) is her second home. She has been competing since 2005.

“We have been together in a relationship for 11 years, so I thought it was about time to come up with a proposal. So why not do it? I thought this was the best occasion and the best place to do it.”

His proposal was much more public than one made by the coach of Argentine fencer Belén Pérez Maurice during the Tokyo Olympics. Lucas Saucedo asked for her hand in marriage on a sign for the cameras in the mixed zone.

Vaz da Veiga had been planning to propose at Tokyo 2020 ever since Semedo’s name was put on the start list earlier this summer and revealed that he had told his family of his intentions.

“Since her name was put on the list to come to Tokyo (2020), in the end of July,” said the guide of how long he had been planning his proposal.

“My two brothers and a friend of mine already knew of this. I am sure they will be very happy.

“My family will be thrilled. They will all love the idea.”

The women’s 200m T11 Final will take place on Saturday which is the penultimate day of the athletics event and of the Tokyo 2020 Paralympics.

Argentine fencer loses in her debut, but wins marriage proposal in the mixed zone