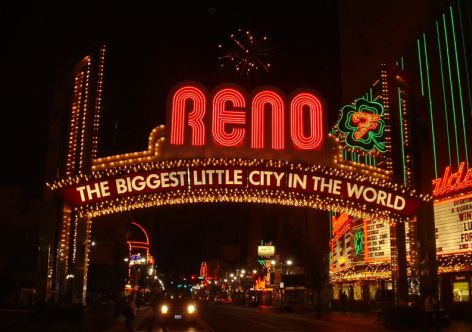 (ATR) Reno-Tahoe says the exclusive marketing arrangement between the United States Olympic Committee and Los Angeles 2028 is too prohibitive to organize a 2030 Olympic bid.

The Reno Tahoe Winter Games Coalition announced the withdrawal in a statement days after the USOC required cities interested in hosting the Winter Olympics to submit more information. Denver, Salt Lake City, and Reno-Tahoe were the three cities interested.

"Los Angeles will host the 2028 Olympic and Paralympic Games and will have exclusive marketing rights from early next year through the Games completion in 2028," the RTWGC statement said. "Budget models for the Reno-Tahoe bid are based on a traditional seven-year marketing and sponsorship cycle and the RTWGC does not see an alternative business model to make a significantly shorter time span work."

Olympic Organizing Committee budgets are projected based on marketing revenue, sponsorship rights, and ticket sales. With a limited window for exclusivity, any 2030 Winter Olympic host city would need to find ways to offset a loss of potential revenue.

The marketing agreement between the USOC and LA 2028 is known as the U.S. Olympic and Paralympic Properties. Former Soccer United Marketing executive Kathy Carter took over as chief executive of USOPP, and the group hired Legends to sell sponsorships. Carter says USOPP is prepared to go to market in early 2019.

Salt Lake City is viewed by observers as the overwhelming favorite to land the "future Olympic bid," given its existing infrastructure. Only two bobsled/luge tracks exist in the United States, with one in the Salt Lake City area.

Denver proposed building temporary facilities, such as a sliding track, in the results of its exploratory facility. For a Denver bid to succeed it must pass a public referendum, which is tentatively scheduled for 2020. Given the USOC’s accelerated timeline groups have begun the process to get the Olympic bid on the 2019 ballot.

According to local reports the USOC will send a delegation to Salt Lake City tomorrow to inspect venues. A USOC spokesperson confirmed that the Denver site visit is today before going to Salt Lake City.

RTWGC chief executive Jon Killoran called the decision to withdraw from the process "a heartbreaking decision, but a necessary one". He said that site visits were still being scheduled when the group decided to pull the plug on the endeavor.

Reno’s withdrawal brings renewed questions for what Olympic Games the USOC is pursuing. Originally the process was described as for a "future Olympic Games," but the exclusivity of the USOPP could end speculation that the U.S. is readying a bid just in case the 2026 bid race collapsed.

Calgary will vote on the city’s 2026 Olympic bid today, while both Stockholm and Milan/Cortina have issues regarding government funding and commitment with each bid. The IOC has sought to shore up the Italian government’s support for the Milan bid, saying it can move forward despite having only regional government funding in place.

A bid city will be chosen by the end of the year by the USOC in the current process. The USOC previously sent a letter to the IOC requesting information about the 2030 bid race, even as the 2026 bid race continued.