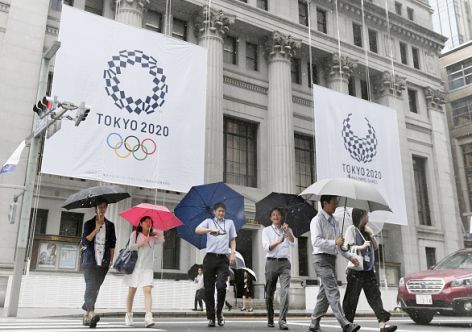 (ATR) A new budget released by Tokyo 2020 appears to have cut over $5 billion in operating costs for the Games, after pressure from an IOC working group.

Tokyo organizers’ new budget projects the 2020 Olympics would cost a total of $12.9 billion. This budget includes the $5.6 billion Tokyo 2020 organizing committee budget. The rest of the budget would be provided by the Tokyo Metropolitan Government as well other levels of the government of Japan. Previously, Tokyo 2020 had put a $18.1 billion cap on budgeting for the Games.

Last year, reports commissioned by the TMG showed that hosting the 2020 Games could be a $20 billion expenditure. TMG Governor Yuriko Koike immediately expressed concerns over rising costs, pledging to come up with solutions to reduce expenditures. Initial solutions proposed included moving Olympic events outside of Tokyo to existing venues to reduce costs.

The IOC, worried about the situation, pushed for the creation of a four party working group between the IOC, Tokyo 2020, Koike, and the national government to address the rising costs. For more than a year Tokyo 2020 has been under pressure by the IOC Coordination Commission chair John Coates to state its costs more clearly. Coates was not available to provide initial reaction to the reduced budget.

Tokyo 2020 President Yoshiro Mori was quoted by local media apologizing for the delay in determining the allocation of costs. Tokyo has just over three years to deliver its obligations to host the 2020 Olympics.

"Preparations have fallen behind by about a year," Mori said. "We have to catch up."

Tokyo 2020 said that the new budget outline comes with "an overall approach governing the division of roles". Along with the TMG, the Japanese Federal Government along with a number of prefectural and city governments will distribute the costs. Hokkaido, Miyagi, Fukushima, Saitama, Chiba, Kanagawa and Shizuoka prefectures will fund Tokyo 2020 events, along with the cities of Sapporo, Saitama, Chiba and Yokohama.

The four groups responsible for the budget now have clearly defined roles as stated in a Tokyo 2020 release. The setup is similar to the "matrix of responsibility" put forth by Rio 2016 organizers, although that matrix proved to be incredibly fluid throughout the organizational period.

Tokyo 2020 will be responsible for the costs of temporary facilities as well as facility overlay. In addition, the organizing committee is responsible for all costs for Olympics transportation, security and operations.

The TMG is responsible for the cost of building any venues within its purview, operation costs that impact the city of Tokyo, and a quarter of the Paralympic Games budget.

The Japanese Federal Government will also contribute a quarter of the Paralympic budget, deliver the new National Stadium, as well as implementing obligations including security and anti-doping measures.

Prefecture and local governments will be responsible for venue costs within its purview and other operating costs that will impact each municipality.