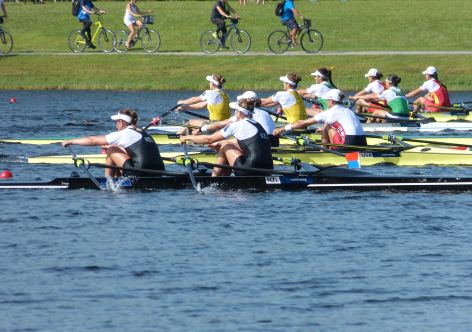 The championships began on Sept. 23 and concluded with an exciting championship weekend on Sept. 30 and Oct. 1. Twenty-nine countries earned medals in the final weekend, with Italy pacing all countries with nine total medals including three golds.

Organizers told Around the Rings the success of the tournament will likely lead to a return visit from the World Rowing Federation in the near future. Athletes said the newly developed Nathan Benderson Park provided an Olympic atmosphere with packed grandstands and great rowing conditions.

Local organizers were able to pack the venue by creating a festival-like atmosphere, complete with food trucks, a beer garden, live music and a myriad of vendors.

Around the Rings was on the scene for championship weekend. Click here for photos.