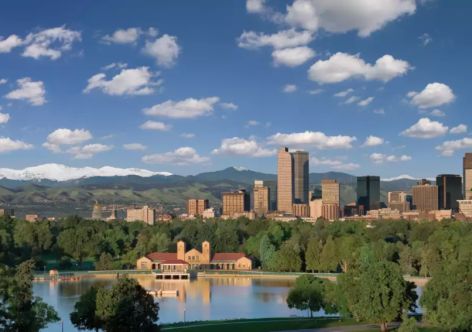 (ATR) Opponents of a potential Denver bid for the 2030 Winter Olympics file an initiative that would give voters the chance to decide whether the city should spend public money to host the Games.

The NOlympics Colorado Committee needs to collect 4,726 signatures from verified registered voters in Denver for the measure to be put on the ballot in November, according to the Denver Post.

The draft proposal, which was submitted to the Denver city council last week, specifically calls for a majority of voters to approve "any action by the City and County of Denver to appropriate any funds for public safety or other personnel, to provide any physical or financial resources, or to act as a financial guarantor directly or indirectly" for a Denver Olympic bid.

There’s no guarantee there will be a need for a referendum in November. The Denver Olympic and Paralympic Winter Games Exploratory Committee is expected to turn over its recommendation to the Colorado governor and Denver mayor in the next few weeks.

Exploratory committee chairman Rob Cohen told Around the Rings in March that one of the issues that the committee would be addressing is whether "there is a need for a referendum and if there is and we feel like it’s the right thing to do, how we would propose doing that".

In March, it appeared the NOlympics group was going to pursue a statewide ballot initiative. At a community forum, former Colorado Governor Dick Lamm called for the state’s legislature to put a referendum on the ballot this fall. Lamm, then a state legislator, helped lead a successful campaign to reject funding for the 1976 Winter Games in Denver, making it the only city to decline a winning bid to host an Olympics. A statewide ballot torpedoed that bid.

The 2030 bid team has studied what cost Denver the 1976 Winter Games and is working to avoid the same mistakes this time around. Cohen told ATR he believes reaching out to the community with an "open and transparent dialogue" will result in a different outcome.

Should Denver join the 2030 race, the city would face likely challenges from 2002 hosts Salt Lake City and Reno-Tahoe in the bid to be the U.S. representative. Salt Lake City is hoping to enter the dialogue phase of the IOC’s 2026 bidding process in June, just in case the IOC includes 2030 in a dual award scenario like last year’s 2024/2028 decision for the Summer Games with Paris and Los Angeles.