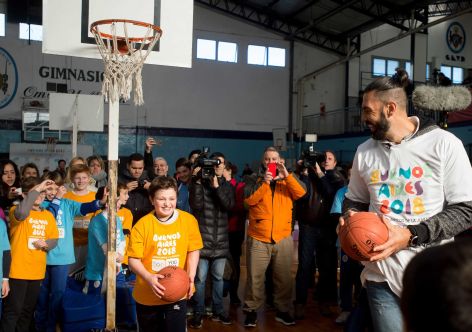 (ATR) Argentinean IOC member Gerardo Werthein tells Around the Rings that cost-cutting and sustainability are key tenants of plans for the Youth Olympic Games in Buenos Aires.

"You've got to get urban because urban is accessible, accessibility makes it more global and Olympics have to be global," Werthein tells ATR. "We need to kill the cost of organizing Games down dramatically, have a sport program that is more accessible so more countries can participate and the bigger it is, the more global it is, the greater the Olympics are."

The opening ceremony of the 2018 Youth Olympic Games takes place in one year on Oct. 6. Instead of a traditional ceremony in a large stadium, the production will take place in the streets of Buenos Aires where 500,000 people are expected to participate and watch the celebrations.

In an example of eliminating extraneous costs, Buenos Aires 2018 organizers will not mount an extravagant one year to go ceremony on Oct. 5. Instead, Werthein says it will be more of a digital ceremony with Argentinean President Mauricio Macri starting the countdown clock with a few hundred school children.

4 years ago we began to dream about #BuenosAires2018. We are #1YearToGo to receive the best athletes from around the world🌎in our city. 🙌🔜🇦🇷 pic.twitter.com/xyf4Db8UOv

"President Macri is the biggest fan and biggest supporter and he’s completely aware of the all of the details," says Werthein. "I see him frequently and he’s very well informed. He makes the job extremely easy."

With contracts already signed for each of the YOG venues, Werthein promises there will be no white elephants left after the Games.

"Our venues are state of the art in terms of field of play but they are very basic in buildings," he says. "There is no legacy in buildings; nobody can maintain expensive buildings so this was one of the drivers – no white elephants.

Outside of cost-cutting measures, Werthein says the YOG also needs to focus more on the core reason that youth athletes participate in the event – the competition.

He says he wants to avoid having the athletes feel like there are still in school.

Werthein recognized International Olympic Committee president Thomas Bach for his leadership and flexibility to allow these changes to take place.

"What we said from the very beginning is that we wanted to work with and change quite a bit the format of the YOG. We were lucky and fortunate to Bach as president because he was open minded and he had the vision for the future to change many things that are traditional but needed to be changed."

The Buenos Aires 2018 YOG will feature 32 sports and will serve as a test event for new Olympic events at Tokyo 2020 such as karate and sport climbing. The Games will run from Oct. 6-18,.