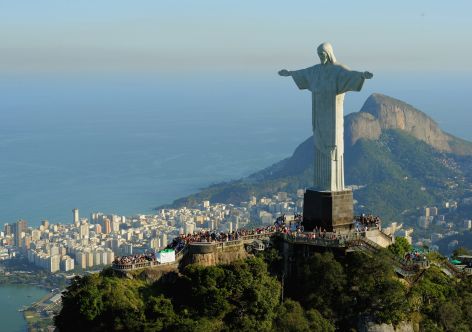 The Associated Press features Afghan women boxers with their "eyes set on the 2016 Summer Olympics."

New York Timeswriter Simon Romero says construction for the 2016 Summer Games and 2014 FIFA World Cup is unearthing"stunning archaeological discoveries and new insight into the Rio’s brutal distinction as a nerve center for the Atlantic slave trade."

New York Times reporter Ben Shpigel takes a closer look at the partnership between visually impaired skiers and their guides at the 2014 Sochi Paralympics.

CBC News reporter Amber Hildebrandt reveals ways in which the Sochi Paralympics have "confronted Russia's attitude towards the disabled."

The Telegraph'sSaundra Satterlee explores Chamonix Mont-Blanc, a city that has grown from"five Olympic rings to five-star bliss."Much like Sochi, the city of Chamonix attracted a "global media stage" during its time hosting the Olympic Games.