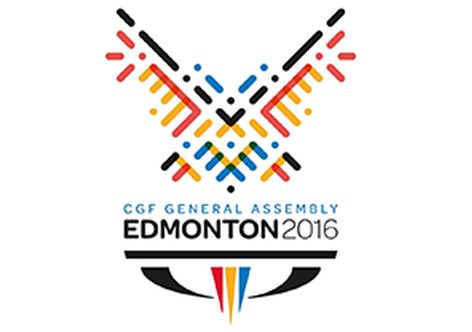 (ATR) The Commonwealth Games Federation will welcome stakeholders from international sports for the first time at its inaugural Commonwealth Sports Summit on Oct. 6.

The Summit will be held on the final day of the CGF’s annual general assembly in Edmonton, Alberta with the theme "It’s Within Us". The intensive one-day conference features keynote speakers, workshops and panel discussions.

Panel discussions will include topics such as governance standards, organization, youth development and sport initiatives for peace.

"Innovative and collaborative partnerships and open and courageous discussions are at the heart of what we do," said CGF president Louise Martin. "I hope the newly-launched Commonwealth Sports Summit will be an inspiring and engaging conversation with sports leaders from across Canada and the broader Commonwealth."

Confirmed speakers at the summit thus far include Paralympic swimmer Carla Qualtrough, secretary general of the Commonwealth Secretariat Patricia Scotland and Chief of the Six Nations of the Grand River Ava Hill.

The FINA World Aquatics Convention heads to Ontario, Canada from Dec. 3-5 where organizers expect more than 1,000 delegates and a speaker list of 80 experts in the Olympic Movement.

The early bird registration is now open for the event taking place at Caesars Windsor Resort and Convention Center. Those who register before July 29 will receive the early bird price of $500 whereas those registering on July 30 or later must pay $700 to attend the convention.

FINA recently announced that long-time partner Counsilman-Hunsaker will once again be an Official Partner of the aquatics convention.

FINA says that Counsilman-Hunsaker is a global leader in aquatics design most well-known for its work on the Atlanta 1996 Olympic Aquatic Center and the 2015 Pan American Games Aquatics Center in Toronto.

"In Windsor later this year, the Aquatics family will have the opportunity to learn from the Counsilman-Hunsaker team as they share valuable knowledge on sustainable aquatic facilities and provide insight that will assist our National Federations," said FINA president Julio Maglione.

Counsilman-Hunsaker has now sponsored the event at each of the four editions.

"We have always found the Convention to be of immense benefit to our organisation – it’s a great place to learn and meet people from the industry and we fully expect to do the same again this year," said Counsilman-Hunsaker president Scott Hester.

Before the Rio 2016 Paralympic Games come to a close, leaders of the International Paralympic Committee along with World Academy of Sport will host an Inclusion Summit.

The event will take place from Sept. 15-16 in Rio de Janeiro as part of the IPC Academy Campus and seeks to provide a forum to discuss inclusion and accessibility in the Olympic Movement and how these issues impact society.

Around the Rings is the Official Online Media Partner of the Paralympic Inclusion Summit.

The third edition of the Smart Cities and Sport Summit will be held in Lausanne, Switzerland from Oct. 10-12.

Those seeking to expand their knowledge about how sports and cities interact in more sustainable and beneficial ways can now register for the event.

The annual summit features abundant networking opportunities with many leaders of International Federations, city and regional representatives as well as other important stakeholders of the Olympic Movement.

Delegates who register before July 15 will receive the early bird discount. Guarantee your spot at the conference by registering here.

Around the Ringsis a Media Partner of the Smart Cities and Sport Summit.