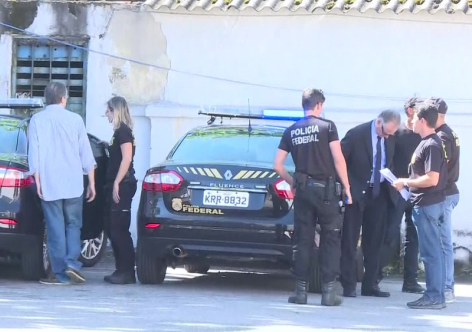 (ATR) Rio 2016 President and Brazilian Olympic Committee President Carlos Nuzman is in jail after his arrest Thursday on a range of charges involving suspected bribes for IOC members to vote for Rio de Janeiro as the host for the 2016 Olympics.

Rio 2016 marketing director Leo Gryner was also arrested and is in jail.

In the court decision, Nuzman will be detained for five days before being let out on bail, although that can be extended. Nuzman and Gryner are being held at José Frederico Marques Public Jail.

Prosecutors say the evidence against Nuzman is mounting. Investigators say Nuzman concealed evidence after a search warrant was executed last month. Included in the hidden evidence was 16 kilograms of gold in a bank in Switzerland. The gold could be worth as much as $1.5 million.

Prosecutors say incriminating emails between Nuzman and Lamine Diack have been found on a computer seized from Nuzman's home.

Diack, the now disgraced former president of the IAAF, believed to be at the center of the Rio vote buying allegations, tells Nuzman in the email that "our friends do not trust us anymore". The email was prompted when payment for a block vote was delayed, according to a report by G1 in Brazil. The "friends" reference African IOC members who prosecutors say were influenced by cash doled out by Diack and his son Papa Masata Diack.

Brazilian prosecutors also confirmed Nuzman’s attendance at a party in Paris with former Rio de Janeiro Governor Sergio Cabral. Around the time of the party, Nuzman and Rio 2016 chief operating officer Leonardo Gryner met with developer Arthur Soares. Cabral is in prison after his conviction for corruption while governor.

An international arrest warrant is out for Soares, whose whereabouts are unknown and is alleged to have made a payment of $2 million to Diack’s son. The payment, which was first investigated by French authorities, was said to have been made to secure votes ahead of the 2009 IOC Session where Rio de Janeiro was chosen for 2016.

Soares is also under investigation for the contract to build a Trump Hotel in Barra da Tijuca built for the 2016 Olympics. The hotel was constructed under a license by the Trump Organization. No longer beariung the Trump brand, the hotel was never completed.

Allegations of vote buying come 18 years after the last major corruption scandal against IOC members during the bidding for the 2002 Winter Olympics won by Salt Lake City.

In 1999, the IOC set up an Ad Hoc ethics commission to investigate allegations of bribes paid to IOC members in exchange for host city votes. Included in the committee were Richard Pound, Thomas Bach, Jacques Rogge, Pal Schmitt and Keba Mbaye.

Pound, now the doyen of the IOC, tells Around the Rings that the IOC needs to act and adopt a lower burden of proof for its members. He says that Nuzman should be "asked, or forced, to step down until the IOC can conduct its own inquiry," instead of waiting for authorities to comply with the Ethics Commission.

"I think the IOC has to act in its own best interests in respect of conduct of members that are bringing it into disrepute," Pound tellsATR. "In the Salt Lake City crisis, we did not wait to see if criminal activity was involved.

"The criminal burden of proof, beyond a reasonable doubt, is not the same as internal standards for actions by organizations, balance of probabilities. A hearing should be afforded before any permanent decision is taken, but by the IOC, not third parties."

The IOC says in a statement it is maintaining the presumption of innocence for Nuzman, but "may consider provisional measures,"in the wake of his arrest. Nuzman became an honorary IOC member in 2012 after retiring from the IOC at age 70.