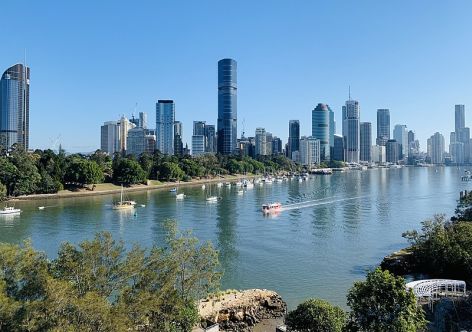 (ATR) Queensland is the early favorite of the IOC to host the Olympics and Paralympics in 2032.

The IOC Executive Board approved moving forward with discussions with organizers of a bid for games that would be held throughout the southern region of Queensland, Brisbane the anchor city.

With more than a half-dozen other possible contenders for 2032, the EB held "a full discussion" of the implications of designating a preference for the Australian bid. The lengthy debate during the virtual EB meeting helped delay by 90 minutes the start of IOC President Thomas Bach’s post-meeting press conference.

Bach says the recommendation to proceed with the proposal from Australia was a unanimous decision of the 15-member EB.

IOC member in Norway Kristen Kloster Aasen, chair of the permanent commission on future hosts of the summer games, reported to the IOC Executive Board Wednesday that the Brisbane bid appears to be best-suited for further discussions for a 2032 Olympics.

"Given the uncertainty the world faces this is an opportunity to seize the moment, to bring some stability to the Olympic Games," she said.

A feasibilty study prepared by her group decribes Brisbane's advantages.

She described the plans from Australia as "advanced" and listed a number of qualities making the bid attractive. From the climate of tropical Queensland during what would be the Southern Hemisphere winter, proven transport, nearly all venues in place and sufficient hotel capacity, Kloster Assen said the Brisbane bid is in line with IOC efforts to reduce the cost and complexity of staging the Games.

Kloster Assen says her commission will now engage in "targeted dialogue" with the Australian bid but did not declare a timetable to complete talks. If successful, the proposal to designate Queensland as 2032 host would still need to be presented to an IOC Session for a vote. That appears unlikely this year, despite two scheduled this year, one in March, the other on the eve of the Tokyo Olympics in July.

The preference for Queensland comes 11 years before the Games, well ahead of the past IOC timetable that would select a host city seven years before.

The decision to move forward with the Australian proposal means disappointment for a number of potential other bids. Qatar, India, Indonesia, Germany, South and North Korea, Turkey, China and Russia have all entertained the prospect of a 2032 Olympics. Kloster Aasen said meetings were held with a number of these potential bidders at the beginning of February before reaching a decision on Brisbane.

"This recommendation is not a decision against anybody," noted Bach, who has been a leading advocate of this reformed bidding process, which he described as a "revolution" compared to the previous system.

If talks with the Australian bid are not successful, Bach says the IOC will continue the permanent dialogue it has opened with other potential bidders to find a 2032 host.

Pressed to offer his opinion on the Queensland bid, Bach said he could not.

"I cannot answer," he said, deferring to the commission led by Kloster Assen. "All the evaluation is done by this commission. I prefer to answer only questions I know what I am talking about," said Bach.

The IOC president said there was no discussion about a host for the 2030 Olympic Winter Games that would ordinarily be selected before the 2032 Summer Games.

Another commission headed by IOC member in Romania Octavian Morariu is handling dialogue for the Winter Olympics. But while there’s a gang of contenders for 2032, there are but two serious prospects so far for the 2030 Winter Games, Sapporo and Salt Lake City.