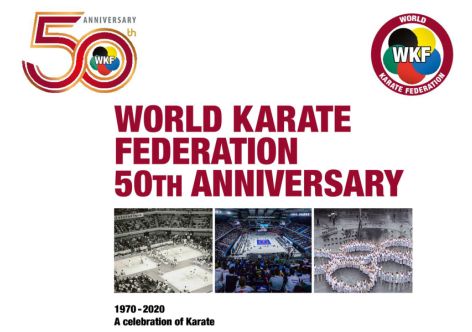 The following was written by the World Karate Federation and published here in its entirety.

The World Karate Federation has issued a Special Commemorative Magazine to celebrate its 50th Anniversary. Published online on WKF.net, the magazine reviews the most important milestones of the organization in its 50 years of history.

"Over five decades, Karate has experienced outstanding progress," said WKF President Antonio Espinós in the introductory video. "All of us karateka can feel proud of being part of a sport and a federation that continues innovating and developing, a sport that continues changing the lives of those who practice it."