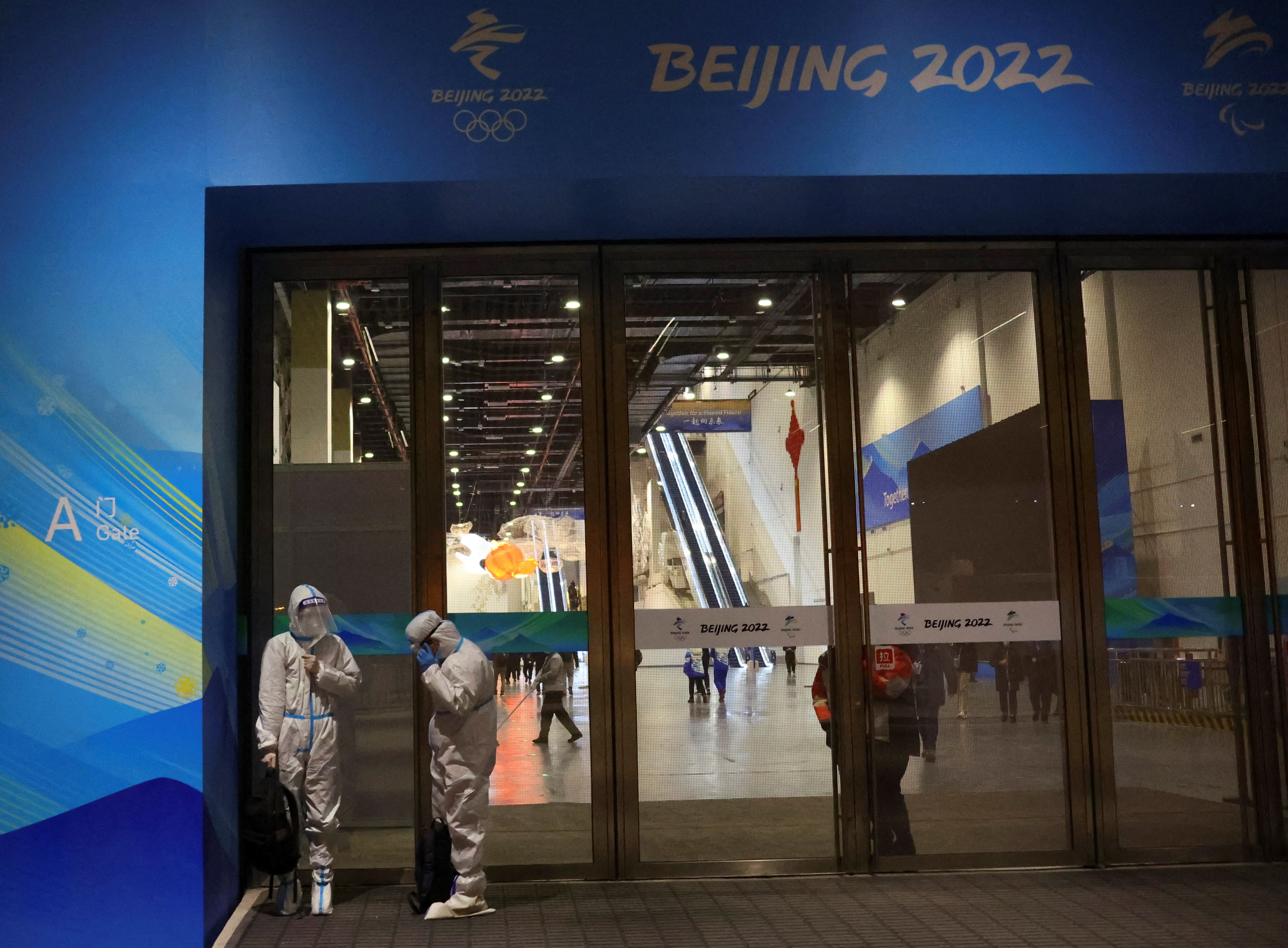 Workers wear protective suits to protect from coronavirus disease (COVID-19) as they stand outside the Main Press Centre of the Beijing 2022 Winter Olympics ahead of the event in Beijing, China January 19, 2022. REUTERS/Fabrizio Bensch

Beijing is putting the finishing touches on its sealed competition bubble for venues, transportation and staff as the world begins to arrive in China ahead of the Winter Olympics.

The NBA attempted something similar in 2020, creating a bubble inside Disney World in Florida, only allowing players, support staff and media inside a closed campus with no spectators allowed at the games. The NBA bubble included 350 players from 22 teams. The Beijing Olympic bubble will have an estimated 11,000 people from around the world.

China is attempting to execute the strictest closed sporting event in history. 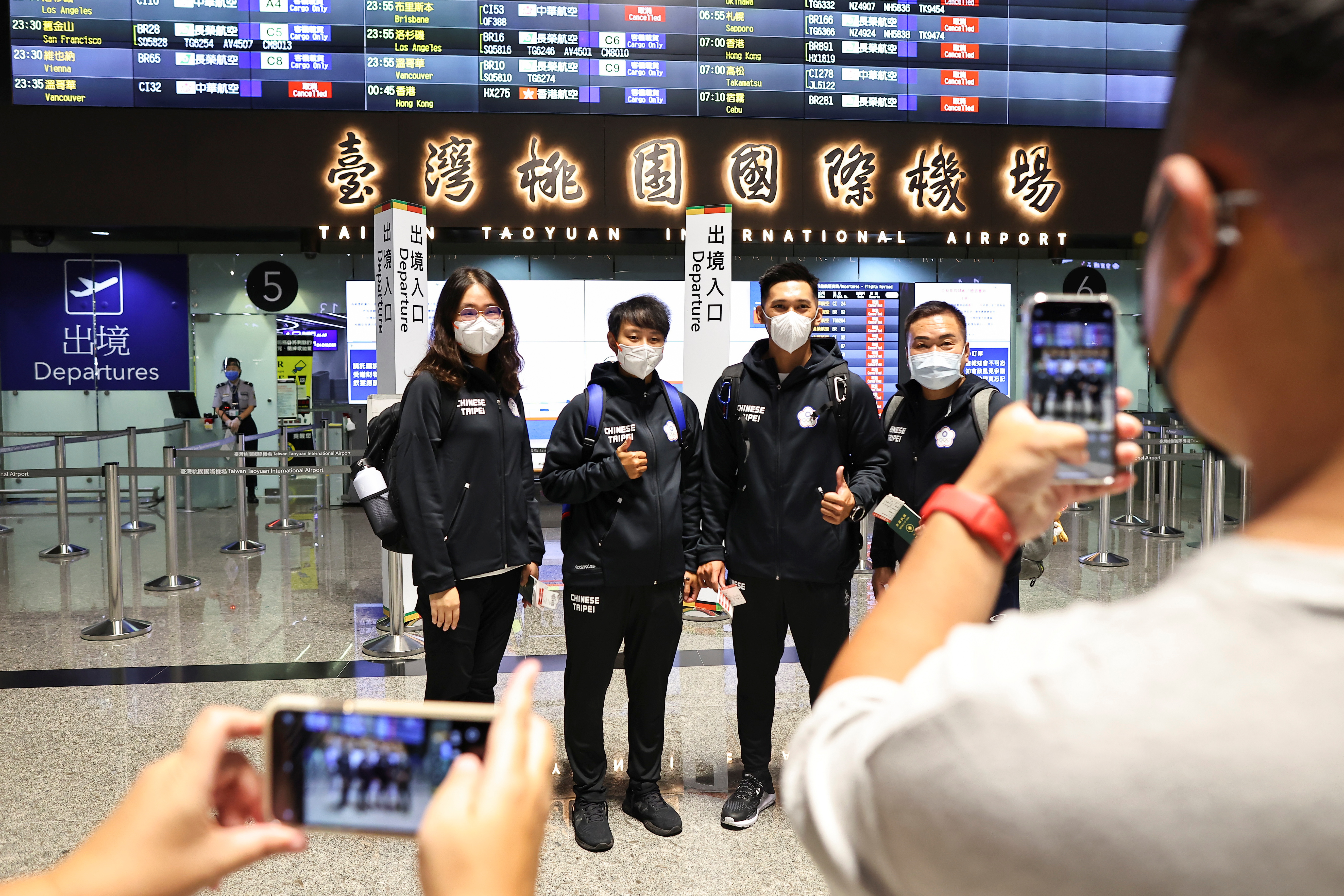 Li Sin-rong, 23, a Taiwanese luger, poses for group photos with her teammates at the airport before travelling abroad for training and competitions to qualify for the 2022 Beijing Winter Olympic Games, in Taoyuan, Taiwan October 14, 2021. Picture taken October 14, 2021. REUTERS/Ann Wang

From the moment people arrive at the airport until after the closing ceremonies, participants will be shuttled between venues and accommodations. Buses and trains will have dedicated roads throughout the three competition zones.

Games staff, volunteers, cooks and coach drivers will be cocooned for weeks in a “closed loop” with no direct physical access to the outside world. This differs from the Tokyo 2020 Olympics last summer, which allowed some movement in and out for media and spectators.

Organizers are not insisting people have booster shots, but the International Olympic Committee (IOC) says it is “strongly encouraged” and people have also been told to minimize social interactions “such as hugs, high-fives and handshakes.”

As of January 21, more than 3,000 participants have arrived in Beijing, including athletes, IOC members and media, according to the official app for the Beijing Winter Games. The IOC said in a statement that current COVID-19 tests have seen positive results of 1.53% upon arrival, while 0.02% in regular screening taken inside the closed loop were positive.

Everyone in the bubble will be subject to daily tests and must wear face masks at all times. Medal winners will be allowed to briefly remove their facemasks during podium ceremonies. PCR tests will also be more stringent, monitoring viral loads at lower levels, which may result in more positive tests.

Organizing staff will also wear all-day armpit thermometers, which will sound an alarm if their temperature exceeds 37.3 degrees Celsius. Beijing organizers have made clear anyone who does not follow the rules could be kicked out of the Games.