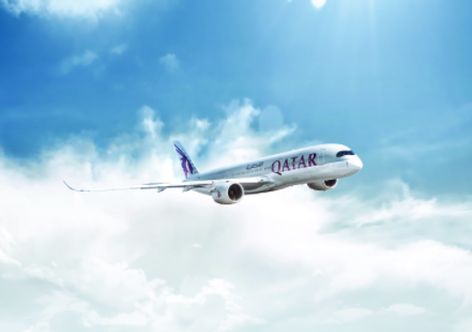 (ATR) The governing body for soccer in North and Central America and the Caribbean (Concacaf) announces a multi-year partnership with Qatar Airways.

The deal begins with this year’s Concacaf Gold Cup, held in the United States from July 10-August 1. Qatar Airways will bethe Official Airline of the tournament.

Qatar Airways’ brand will be prominently featured at all 11 Gold Cup venues across eight major U.S. metropolitan areas. The airline will also become the presenting partner of the 2022-23 Concacaf Nations League, and gain visibility at other international events such as the Concacaf Champions League, Caribbean Club Championship and the confederation’s age-group World Cup qualification events.

"We are extremely pleased to welcome Qatar Airways as a confederation-wide partner of Concacaf," said Concacaf President and FIFA Vice President, Victor Montagliani. "Their extensive experience across global football and sport sponsorship will undoubtedly benefit our confederation. We look forward to working together to elevate this summer’s Gold Cup, the next edition of the Concacaf Nations League and football across the entire region".

In securing the partnership, Qatar Airways, named the world’s best in 2019 by the World Airline Awards, added to its long list of high-level soccer collaborations. Clubs currently sponsored by the airline include Bayern Munich, Paris Saint-Germain and AS Roma.

TCL, a major Chinese consumer electronics company, has pledged its support for the FIBA "Her World, Her Rules" program, designed to promote women’s basketball and increase female participation in the sport.

"Her World, Her Rules", first launched during the 2018 FIBA EuroLeague Women SuperCup, has partnered with over 80 national federations to support women’s and girls’ basketball, and is endorsed by several leading international athletes. While it started as a Europe-based program, it was rolled out globally by FIBA earlier this year – and TCL plans to promote the initiative worldwide through launching a campaign, "Inspire Greatness", across international markets.

The new collaboration marks a further strengthening in ties between TCL and FIBA, with the two having already signed a four-year global partnership last September. TCL was also a major sponsor of the 2019 FIBA World Cup, held in China.

FIBA Secretary General Andreas Zagklis said of the partnership: "One of FIBA's strategic objectives for the current working cycle is Women in Basketball, with one of the goals of this priority to increase female players' participation. We are very pleased that TCL joins forces with FIBA as global promotional partner for the Her World, Her Rules program worldwide and helps raise the profile of women's basketball."

World Triathlon teams up with OnePlan, a leading event planning platform, to simplify the hosting of triathlon events for organizers.

Using the technology’s site planning tool, local organizing committees will be able to more effectively collaborate with World Triathlon Operations teams in arranging event logistics. Mapping and visual planning features will enable organizers, among other things, to set up interactive 3D mockups of their venues or determine the proper location and quantity of course barriers.

By facilitating a more hands-on approach, the OnePlan partnership aims to make organizing events more accessible to cities and national federations less experienced in doing so. The virtual planning environment will also make it easier for organizers to seek guidance and reduce the need for often time-consuming World Triathlon site visits.

"The benefits of using OnePlan will be felt immediately by all our stakeholders by enabling us to have every element of every event visible in one place, right down to the smallest details," said World Triathlon Sport Director Gergely Markus.

"By using OnePlan, we can reduce time and costs for our LOCs while offering the vital reassurance that all the necessary elements are in place, making hosting World Triathlon events in major cities and new regions more attractive, more straightforward and far easier to manage."

The OnePlan software will be available to use for free by any triathlon organizer in the world.

Global sailing and watersports apparel brand Zhik has been designated an Official Supplier for the Australian Olympic Team. The announcement follows Zhik’s recent appointment as an Official Apparel Partner of Australia Sailing for the third Games in a row.

At the upcoming Tokyo Games, Zhik will provide Australia’s sailing team with apparel including high performance, lightweight wetsuits and technical equipment for boats. The brand also has supplier associations with several other top sailing countries, including Denmark, Great Britain, Singapore and New Zealand.

"Zhik’s consistent support of young athletes, from grassroots through to world class level, helps them get the most out of their performance," said Australian Olympic Committee CEO Matt Carroll.

"Zhik is a dynamic, Australian-grown brand at the forefront of performance watersports apparel and the AOC is thrilled Zhik’s innovative designs will be a positive force for our Sailing Team at Tokyo 2020."