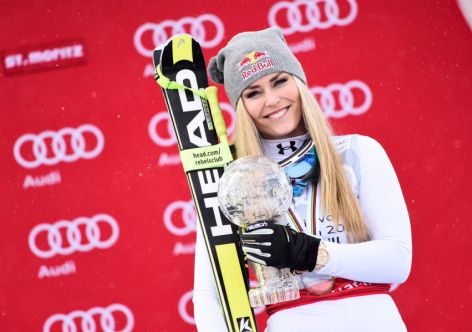 (ATR) Olympic champion Lindsey Vonn’s dream of racing against men is a step closer to reality.

U.S. Ski & Snowboard says a proposal to the International Ski Federation (FIS) for a one-time exception for Vonn was reviewed in a preliminary meeting of the FIS Alpine Executive Board on Tuesday in Zurich. The Board tabled the motion until next May’s FIS Congress in Greece since the proposal is for the 2018-19 season.

"There is support for the proposal among members of the executive board but also many points to clarify with FIS," said U.S. Ski & Snowboard Alpine Director Patrick Riml in a statement.

"We’re encouraged by the discussion and the fact that we now have a formal proposal in front of FIS which we can review with FIS in more detail during the season ahead."

Vonn owns the women’s record for World Cup wins with 77 and is just nine wins from equaling the men’s mark set by Ingemar Stenmark of Sweden.

FIS denied a request by Vonn in 2012 to race against men in a downhill competition.

Fifteen IFs applied for this new observer status in May. GAISF membership commission chairman Antonio Espinos along with vice presidents Raffaele Chiulli and Stephan Fox have since defined the eligibility criteria, deciding to admit these first seven federations.

The chosen IFs can now attend the annual IF Forum and GAISF General Assembly. However, the federations will not have voting rights in the organization.

"We warmly welcome our first Observers," GAISF president Patrick Baumann said in a statement. "This is an exciting time for them and for us and we will do everything within our remit to help them realize their full potential as International Federations within the global sport’s family and, one day, maybe become part of the Olympic program."

Dorsa Derakhshani is changing national allegiances after the Iran Chess Federation barred her from competitions that required National Federation approval.

Derakhshani is a grandmaster champion who grew up in Tehran, but the 19-year-old’s refusal to wear the traditional head scarf or hijab caused the Iran Chess Federation to refuse her entry to competitions such as the world championships or world junior championships.

The competitor told WBUR-FM that she did not wear her hijab at the Tradewise Gibraltar Chess Festival in February, prompting the actions from Iranian sport officials.

The controversy of requiring women to wear hijabs in public in Iran drew the ire of many chess competitors ahead of the Women’s World Chess Championships in Tehran from Feb. 10 to March 5. As a result, several competitors boycotted the championships, including 2015 world champion Mariya Muzychuk and U.S. champion Nazi Paikidze.

Derakhshani became eligible to compete for the U.S. on Sept. 8 but will still have to pay a competition fee until Sept. 8, 2019.