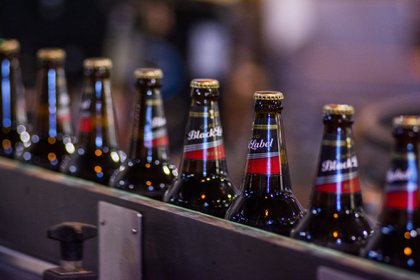 Anheuser-Busch InBev NV’s South African division will challenge the country’s ban on alcohol sales in court, saying the measure to contain the coronavirus is unconstitutional.

SA Breweries, which makes popular lagers including Castle Lite, Hansa and Carling Black Label, supports a reduction in trading times, but sees a prohibition as “beyond what is reasonable and necessary,” according to a statement on Wednesday. The Johannesburg-based unit argues the decision restricts rights including freedom to trade and human dignity, it said.

The legal action comes about 10 days after President Cyril Ramaphosa banned alcohol sales for a third time in response to a resurgence in Covid-19 cases. The move is partly designed to ease the burden on hospitals from vehicle accidents and drinking-related violence, while discouraging large social gatherings that can accelerate the spread of the virus.

SAB will be looking to replicate the success of British American Tobacco Plc, which successfully argued that a ban on cigarette sales imposed last year was also in breach of the constitution. However, the case took about seven months to resolve and the ruling was handed down long after the restrictions were lifted. The government is appealing the decision.

The first two alcohol bans, which together lasted more than three months, led to 165,000 job cuts, according to SAB. The Beer Association of South Africa and the Liquor Traders Formation both called for state support this week, with the former saying smaller independent brewers face the prospect of collapse.

Ramaphosa is due to review current lockdown measures by Jan. 15. Some government officials are calling for stricter measures to be implemented, according to two people familiar with the matter, while others are pushing for a relaxation to protect the economy.

Distell Group Holdings Ltd., South Africa’s biggest wine and spirits producer, doesn’t support legal action at this stage and prefers to work closely with government to resolve the matter, the company said in a statement.

AB InBev, the world’s biggest brewer, acquired SAB as part of its takeover of SABMiller Plc in 2016. The South African company can trace its roots back to Johannesburg’s late 19th century gold rush, where it catered for thirsty miners.