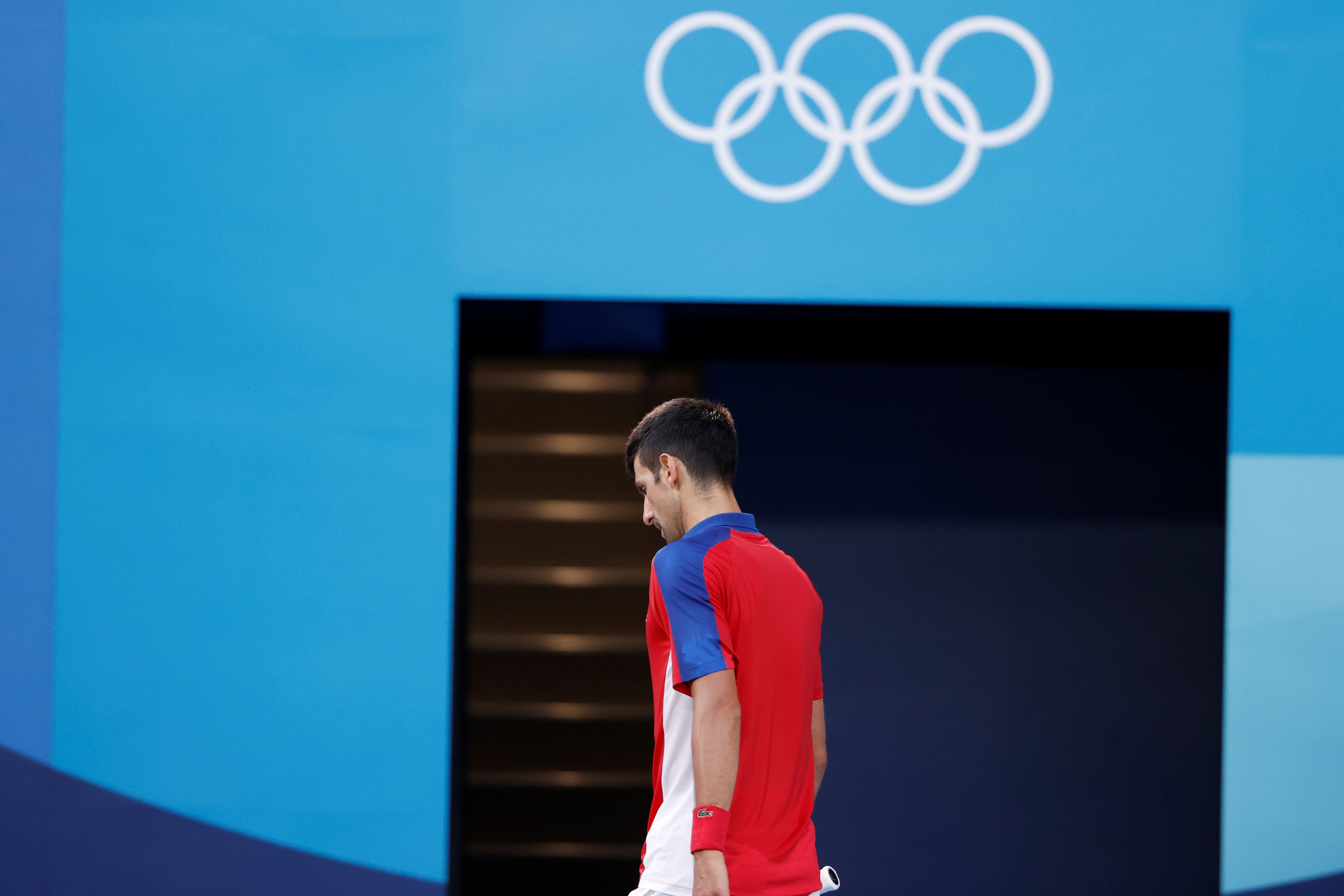 TOKYO - It could be said that Tokyo was a real “Lost in translation” for Novak Djokovic, to whom nothing went as expected in the Japanese capital. From dreaming of Olympic gold and being at the gates of the Golden Slam, the Serb ended up leaving Japan without medals and worried about his form for the US Open, the tournament in which he wants to write a history unseen in more than half a century.

“I gave it all wherever I had left in the tank, which was not so much. I left it on the court. The consequences physically, hopefully will not create a problem for me for the US Open,” Djokovic said after losing all his medal chances at the Tokyo 2020 tennis tournament.

“I am dealing with injuries. Not one, more than one”, Djokovic told Serbian reporters in Tokyo, “I hope that it won’t stop me from going to the US Open, which is my next big goal”, he insisted.

The world number one, winner of the Australian Open, the French Open and Wimbledon this year, had the chance, if he won the singles gold in Tokyo, to challenge for the Golden Slam by adding the US Open trophy in New York. No one has achieved that since tennis became Olympic again in Seoul 88, and no one has won the Grand Slam (the four major tennis tournaments in a single season) since Australia’s Rod Laver did it for the second time in 1969.

After falling on Friday to Germany’s Alexander Zverev 1-6, 6-3, 6-1 in the semifinals, Djokovic was due to meet Spain’s Pablo Carreño Busta for the bronze medal on Saturday. Accustomed to the big stages and to fight no longer for titles, but for the title of most successful player of all time, playing for the consolation prize is not something that pleases the Serb. And it showed, his demotivation and anger for playing the match he was not supposed to play allowed a highly motivated Carreño Busta to win 6-4, 6-7, 6-3 to take the bronze.

Zverev and Karen Khachanov, representative of the Russian Olympic Committee (ROC), will play the singles final on Sunday.

After the defeat on center court, Djokovic was supposed to move to court 1 to, together with his compatriot Nina Stojanovic, seek the bronze in mixed doubles against Australians Ashleigh Barty and John Peers. It didn’t happen, the bronze went straight to the Australians’ pocket: the Serbian claimed a left shoulder injury and withdrew from the tournament.

Stojanovic, who in the first two matches had been seen smiling and complicit with Djokovic (“we had never played together, but we ‘clicked’ from the beginning,” said both), did not speak to reporters after her partner’s withdrawal. “She left immediately” the Ariake Tennis Park on her way to the Olympic Village, the International Tennis Federation (ITF) confirmed to Around the Rings. 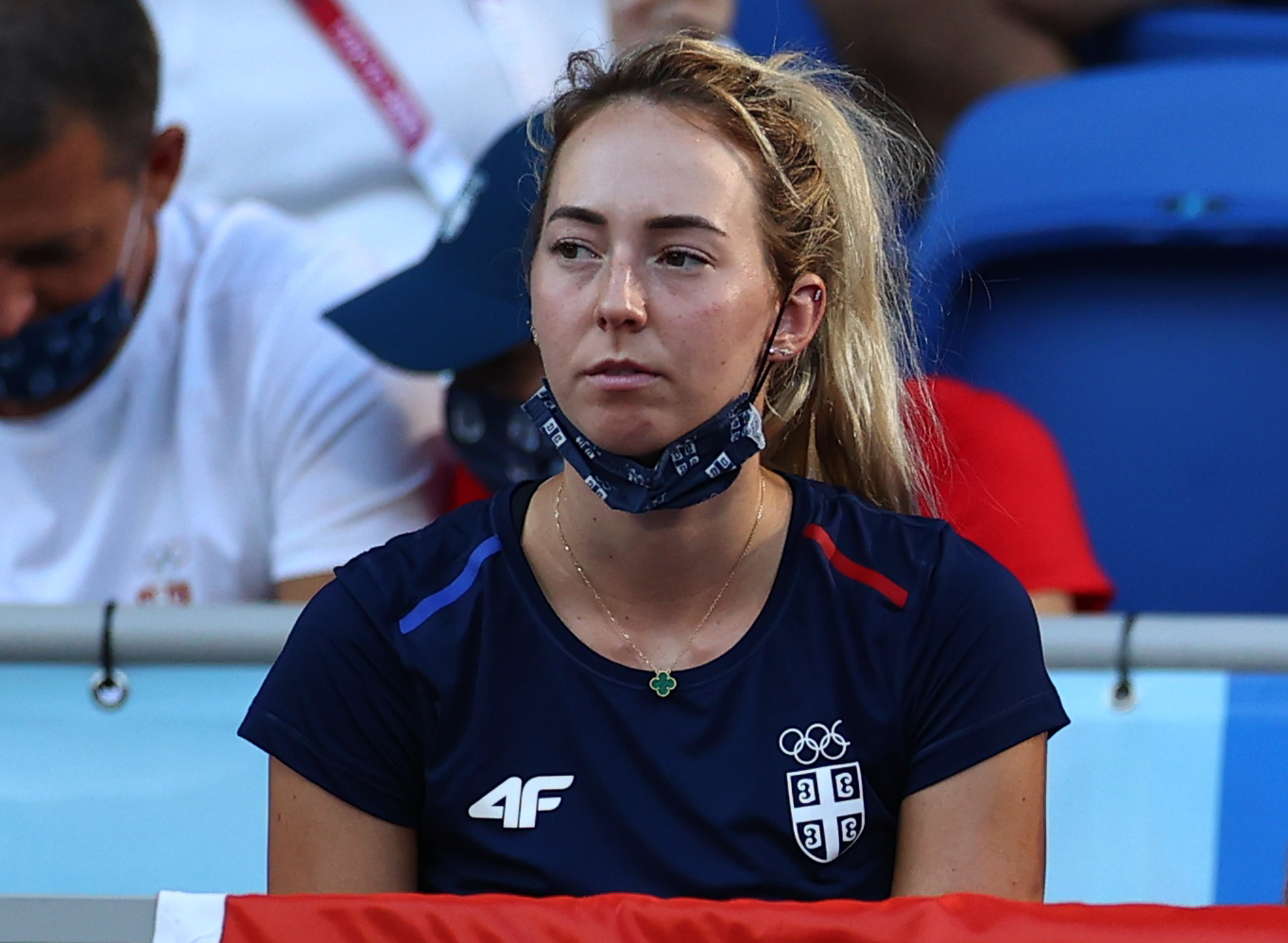 The Serb, who spoke very briefly to the press after learning of his withdrawal, did not mention his partner, who turned 25 on Friday, but did expand on a self-justification.

“I do have a regret for not winning a medal for my country, and the opportunities missed both in mixed doubles and singles.... Yeah, I just didn’t deliver yesterday and today, the level of tennis dropped, also due to exhaustion, mentally, physically, but I don’t regret coming to the Olympics at all, of course not”.

The Olympic tournament was played in extreme heat and humidity that prompted Djokovic and other players to complain. After a few initial days in which the matches opened at 11 a.m., the tennis players managed to delay the start of play to 3 p.m.

“I believe there is no coincidence in life, everything happens for a reason, I had some heart breaking losses at Olympic Games and big tournaments in my career, and I know that those losses usually made me stronger in every aspect.”

The Serb added something that Switzerland’s Roger Federer and Spain’s Rafael Nadal, his two rivals in the fight for the unofficial title of most successful player of all time, should take note of: he plans to play at least until 2024. 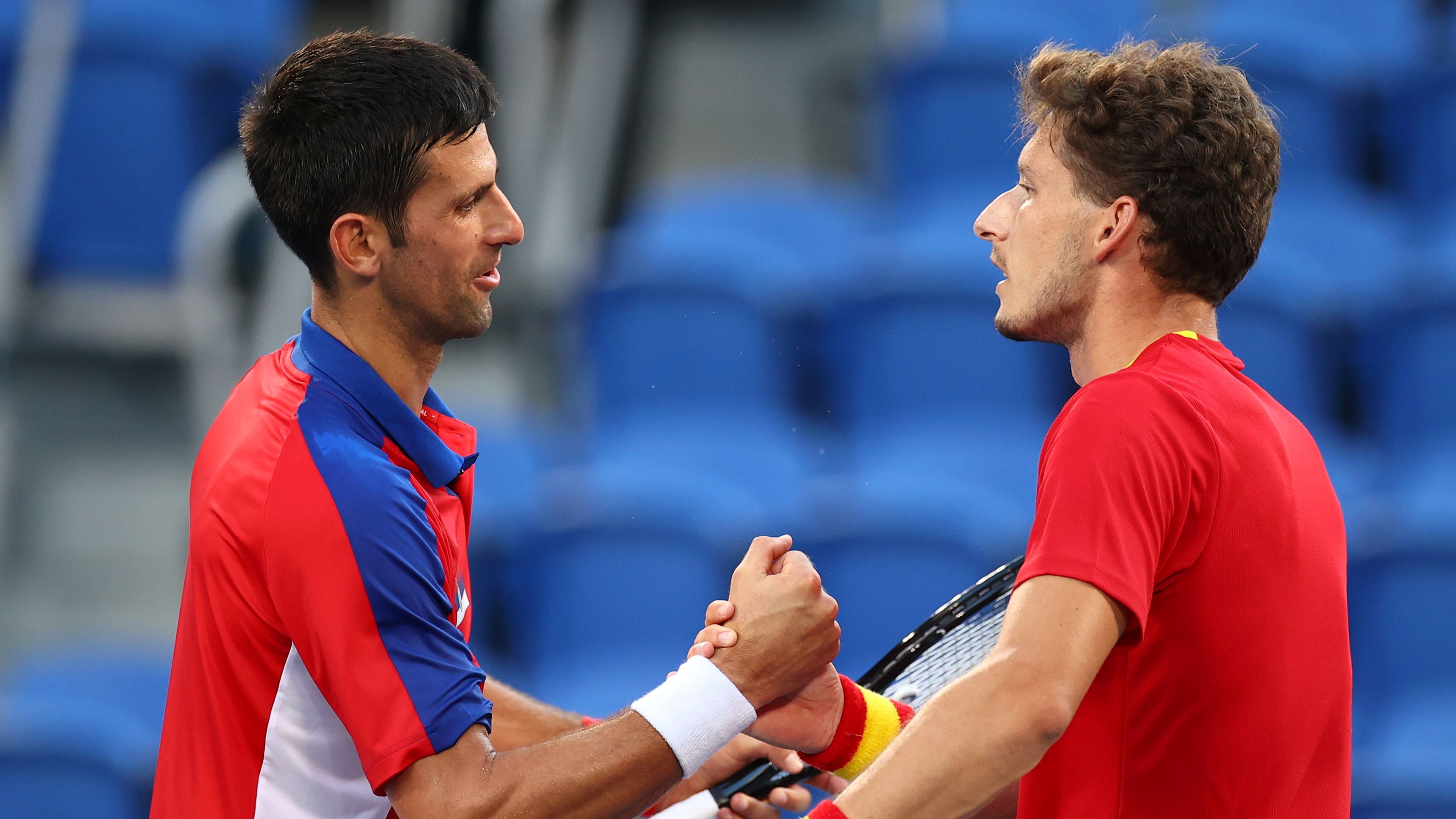 “I know that I’ll bounce back, and will try to keep going for the Paris Olympic Games, fight for my country, to win medals, and sorry I disappointed a lot of sports fans in my country, but that’s sports, you know.”

The Balkan had intervened this week in the debate opened by the American gymnast Simone Biles, who resigned to compete explaining that she was not in an emotional condition to do so. The Serb reacted by saying that for him the pressure “is a privilege”.

“Pressure is a privilege. Without pressure there is no professional sport,” he said. “If you are aiming to be at the top of the game, you better start learning how to deal with pressure and how to cope with those moments.”

Djokovic was captured deep in conversation explaining to Turkey’s men’s and women’s volleyball teams how his mental approach was crucial to his longevity. He also revealed players from the Serbian women’s basketball team, judokas and other athletes had quizzed him over his mental strength.

“On the court, but also off the court, all the expectations and all that buzz and all that noise … I’ve learned to develop a mechanism on how to deal with it in such a way that it will not pose a distraction to me, it will not wear me down,” said Djokovic, who clearly ended up being affected by the pressure in his bid to win Olympic gold. 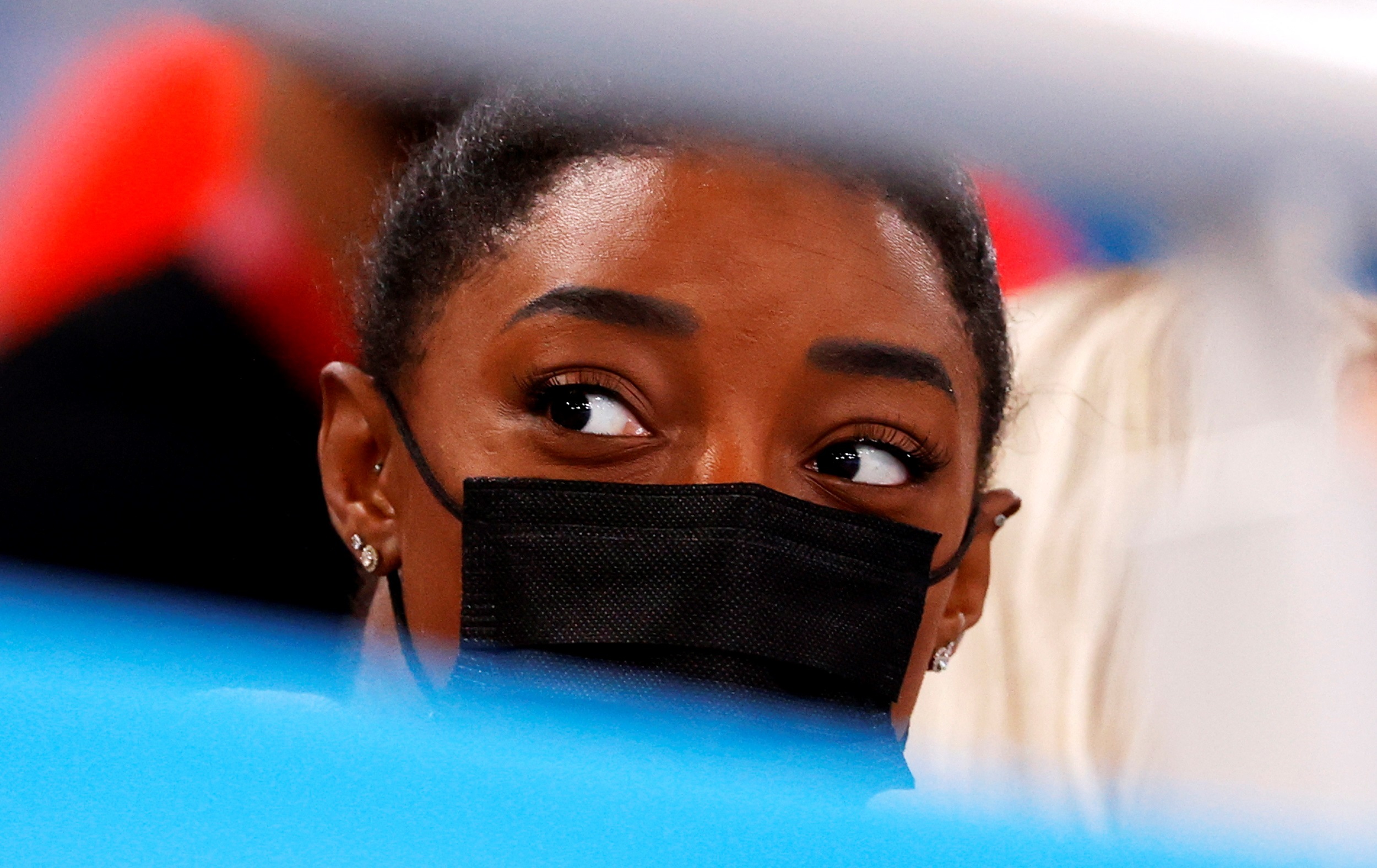 Djokovic’s desire to compete in the 2024 Paris Games at the age of 37 is an important fact. All three -Federer, Nadal and him- have 20 Grand Slam titles, but the Spaniard is the only one who also has an Olympic gold in singles. The U.S. Open at the end of August could be the stage for someone to get ahead in that race.

The number one openly said he fears that the wear and tear of Tokyo will take its toll on him in New York. “That’s something that I’m not sure about right now, but I’m not regretting for giving it all, because at the end of the day when you play for your country that’s necessary”.

Djokovic broke one racquet during the loss to Carreño Busta and threw another into the air. When asked about these reactions his first response was intemperate, but then he reflected.

“What do you want me to tell you...? I don’t think about that at all, it was an emotional outburst and it happened in the heat of the battle. It’s not the first time, not the last time. Not nice, of course, but part of I guess who I am. I don’t like doing these things, I’m sorry for sending these kind of messages, but we are all human beings and sometimes it’s difficult to control”.