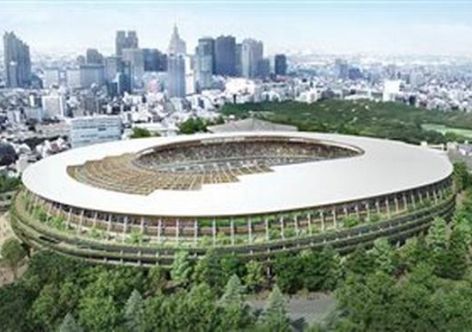 The Japanese Sports Council (JSC) chose the revamped design of the national stadium in December but failed to include the cauldron in the proposal. Now there is concern the cauldron could violate Japan’s fire code.

"The sports minister who supervises the JSC has to be held responsible," Mori told Kyodo News on Friday.

"We've had nothing reported on the issue. It would make no sense not to think about the Olympic cauldron if the stadium was getting built for the Olympics."

Architect of the design Kengo Kuma says there is "no need to worry" about the cauldron passing the Japanese Fire Service Act.

Mori has been given permission by the International Olympic Committee to use the cauldron of the 1964 Olympics held in Tokyo. The old cauldron resides in the Miyagi Prefecture.

A massive earthquake sparked a 30-foot tsunami in 2011 that took out the Fukushima nuclear power plant leaving 19,000 either dead or missing in the wreckage. Nearly 180,000 people are still displaced as a result of the disaster.

Olympics minister Toshiaki Endo says he wants to stage some events of the 2020 Olympics in Fukushima. Endo would like to see the opening rounds of the baseball and softball tournaments take place in Fukushima if the sport is added to the Olympic program.

"At the moment, we have no [Olympic] events scheduled to take place in Fukushima, which has been most affected," Endo says. "We'll be working toward staging them there."

The region is on track to stage some matches of the 2019 Rugby World Cup a year before the Games begin.