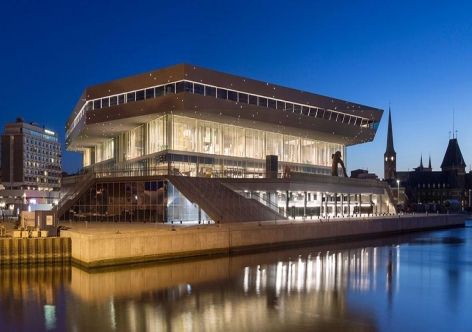 Leaders of international sport from across the globe begin gathering in the coastal city this weekend for meetings ahead of the official open of the convention on April 2.

More than 90 International Federations and 1,000 organizations are expected at this year’s convention that seeks to connect rights holders, organizing committees, IFs, cities, businesses, sponsors and media to discuss the big issues facing sport.

Plenary sessions held on the first two days of the conference will be featured under a program entitled "Innovation in Action".

Day one of the session will start with a keynote address on organization relevancy which will lead into open discussions on building sport support, sports innovations and more.

On day two, Tokyo 2020 will host a presentation on expectations for the next Summer Games. Following the presentation panel discussions will be held on the latest in technology in sport including social media and virtual reality.

Beyond the plenary sessions, delegates will have the opportunity to attend exhibition sessions featuring organizations such as the International Center for Sports Studies and Dubai Sports Council along with numerous workshops.

SportsBusiness Group, SportCal, Yutang Sports, Edmonton Events, EventScotland and the Canadian Sports Tourism Alliance have all been named as partners of the event.

The 2017 SportAccord Convention draws to a close on April 7.

The International Ice Hockey Federation Women’s World Championships begin March 31 with or without the participation of Team USA's best players.

The tournament in Plymouth, Michigan will feature eight teams competing for the title of world champion including Canada, the Czech Republic, Finland, Germany, Russia, Sweden, Switzerland and the U.S.

However, the host country may not be able to put forward its best team due to an ongoing pay dispute between USA Hockey officials and its players. USA Hockey met with players and their attorneys last week in Michigan and expressed optimism that a deal could be worked out in time for the tournament.

"[Discussions] will continue this week, with the goal of reaching an agreement that would allow the players to get to camp in time to train for and compete in the World Championships," a statement from the players reads. "Players are hopeful they will get to take the ice and represent their country."

According to ESPN, USA Hockey is expected to hold a board of directors meeting on Monday to vote on the matter. The federation may be under pressure to accept the terms from those boycotting the tournament because their attempts to find replacement players has run into a wall of solidarity from potential replacement players.

If the U.S.’ A-team cannot compete it would open up the door for a new world champion. The U.S. are the current defending champions and have won six of the past seven editions. The team is hoping to resolve its pay dispute and compete in the first World Championships held in the country since 2012.

The champion will be crowned on April 7.

The Ford World Men’s Curling Championship 2017 returns to Edmonton for the second time in its history and first time in 10 years.

The championship features 12 teams that will compete not only for the title of world champion but also the final PyeongChang 2018 Olympic qualification points available in the sport.

Hosts Canada will square off against China, Germany, Italy, Japan, Netherlands, Norway, Russia, Scotland, Sweden, Switzerland and the U.S. Canada is seeking to defend its world championship from 2016 on its home soil.

The competition ends on April 9.

The world’s best men’s and women’s figure skaters compete for qualification at the PyeongChang 2018 Winter Olympics this week in Finland.

The International Skating Union World Figure Skating Championships begin March 29 in Helsinki with more than 50 men and women competing in the disciplines of singles, pairs and ice dance.

The competition will take place at Hartwall Arena and will conclude on April 2.