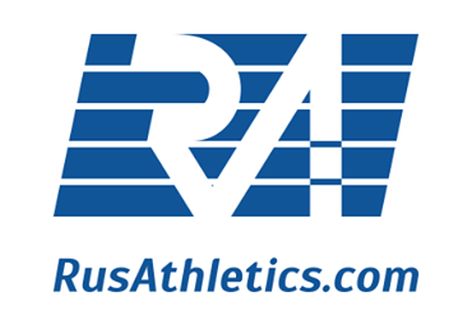 (ATR) The tedious process for the Russian Athletics Federation’s return to good graces with World Athletics has hit another roadblock.

World Athletics on Thursday confirmed that RusAF has missed the July 1 deadline to pay a $5 million fine and an additional $1.3 million in costs tied to various anti-doping violations.

A RusAF spokesperson told the TASS news agency on Thursday that the federation did not have the money to pay. RusAF President Yevgeny Yurchenko had made the same claim on Tuesday, adding that he would be asking World Athletics for an indefinite postponement in paying the money.

Russian Sports Minister Oleg Matytsin told state news agencies on Wednesday that his ministry had asked World Athletics and the IOC to not take away any athletes’ eligibility to compete due to the failure of RusAF to pay.

The payments were part of new set of reinstatement criteria approved by the World Athletics Council on March 12 after RusAF admitted wrongdoing and apologized for covering up doping violations by a top Russian athlete.

As a result of the missed payment, World Athletics has suspended the work of its Russian Taskforce and Doping Review Board until the Council can discuss the situation when it meets on July 29-30.

Yurchenko, in comments to TASS earlier this week, blamed financial losses due to the coronavirus pandemic for RusAF’s inability to pay.

But World Athletics President Sebastian Coe, in a statement on Thursday, wasn’t accepting any excuses.

"We recognize these are difficult times, but we are very disappointed by the lack of progress made by RusAF in terms of the requirements set in March. The serious allegations of breaching the anti-doping rules resulted in a new RusAF administration and we had assurances and hoped that change was on its way.

"However, the experience of the Russian Taskforce, chaired by Rune Andersen, is that this has fallen well short of expectations. RusAF is letting its athletes down badly. We have done as much as we can to expedite our ANA process and support RusAF with its reinstatement plan, but seemingly to no avail. The terms of payment of the fine and costs were clear and unchallenged by RusAF at the time so this issue will now need to return to Council at the end of July, as we stated in March."

RusAF has been suspended by World Athletics since 2015 over widespread doping but has been in even hotter water since November, when RusAF’s then-president was among seven officials and representatives charged with using forged documents and giving false explanations in an anti-doping investigation of Russian athlete Danil Lysenko.

In a separate case, the Russian anti-doping agency (RUSADA) has appealed to CAS after WADA in December imposed sanctions on Russia for manipulating and falsifying doping data from RUSADA’s Moscow laboratory.

RUSADA is appealing penalties that include a four-year ban on Russian athletes participating under their flag at major international competitions, including the next two Olympics.

Russia athletes who can prove to WADA’s satisfaction that they are clean will be eligible to compete as independent athletes under a neutral flag as was the case at PyeongChang 2018.

RUSADA was previously suspended for what has been determined as a vast state-supported doping system revealed in a 2015 WADA-commissioned report. Russia was reinstated by WADA in September 2018 with one of the conditions being full disclosure of doping data from the Moscow lab.

RUSADA’s appeal before CAS is scheduled to be heard from Nov. 2-5.